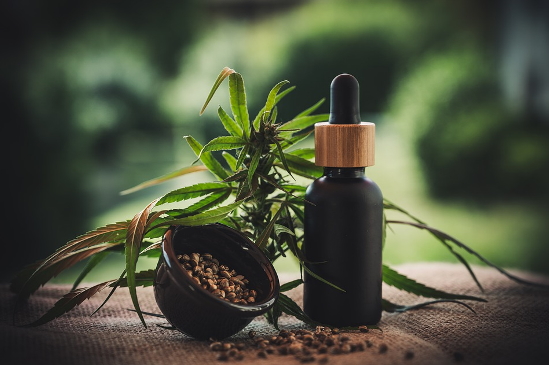 Cannabis has been stigmatized for a long time. Even despite its common use and acceptance among the public, it remains to be one of the most stigmatized activities with several social and legal consequences around the world, including Australia.

Some alterations to the laws are to be expected in the future. For example, changes are already visible, as there are several places where one can purchase top quality cannabis seeds in Australia.

However, recreational and medical users keep fighting to legalize the use, possession, and cultivation of cannabis and cannabis seeds all around Australia. Over the years, the stigma has caught the attention of the media, many scientists and journals as well, to research and write about all benefits and drawbacks of cannabis.

While cannabis remains to be the most widely used substance among the general public, it is still illegal in the majority of states. However, legality, possession, and the use of cannabis and cannabis seeds all vary from state to state across Australia.

Over the last two decades, there has been pervasiveness of usage of cannabis and cultivation of cannabis seeds. However, in present Australia, only patients with a valid prescription are allowed to use and possess medical cannabis.

The prescription is given only to those with serious and fatal conditions whose body resists responding to other treatments. This prescription is personalized and needs to be government-approved beforehand. Additionally, the prescription costs approximately $300 a year.

Because cannabis is legal for medical purposes only, both the possession and cultivation of seeds are strictly allowed only for medical use as well, meaning that possessing cannabis seeds without the license is prohibited.

Even though it is still possible to buy cannabis seeds, whether from several existing national dispensaries or through online seed banks, but, to purchase the seeds from a local dispensary, you need to own a valid medical prescription.

Moreover, getting the seeds from some other country and mailing them to Australia is illegal since only a medical practitioner has the right to obtain cannabis or cannabis seeds coming from abroad. With this in mind, mailing the seeds into the country is illegal, but very commonly done by the citizens.

Why do people want to find out more about the legality of cannabis seeds? Constantly ordering from unreliable sources and paying high prices, many people opt for cultivating their cannabis. Most sources package the seeds discreetly, so they have a better chance of getting through customs, usually labeling them as something unsuspicious.

However, some misunderstandings do exist concerning the legality of cannabis seeds. There is a possibility to buy some cannabis seeds legally and without a prescription, since the seeds on their own do not have any psychoactive qualities. Nevertheless, it is important to clarify that cannabis seeds in question are used for souvenirs or collector’s items.

The exception is the Australian Capital Territory (ACT), where the Australian capital city Canberra is located. In the ACT, it is legal to: possess 50g of dried cannabis or 150g of fresh cannabis, grow up to two cannabis plants per person, or four plants per household.

It is a very thin line between legal and illegal when it comes to cannabis seeds in Australia. Offenses for any illegal activities regarding cannabis are often revised and altered.

Across the whole of Australia, there are ‘Cannabis Cautioning Scheme’ programs established by the government and are currently running. The main aim of these programs is to focus on discussion, treatment, and drug avoidance, rather than punishment. However, for major offenses, different penalties for illegal acts can vary from state to state.

To begin, in the majority of states and territories across Australia, the offender is fined around A$100 or required to attend an Alcohol and Drug Program if caught with up to 25g of cannabis. If the quantity is higher, usually between 25 and 100g, the amount rises to approximately A$300. However, even if caught without medical prescription, there has been applied leniency in cases involving people with genuine and serious health conditions.

Growing and cultivating cannabis is illegal in Australia, but the laws yet again differ. For example, in some territories, the penalties for growing cannabis are decided based on the number of plants, and not their size, whether they are just seedlings, while in the others it is the complete opposite.

However, since the country is changing, even when caught with up to two plants used for personal needs, the penalties are minimal – they include fines between A$200 and A$400, or participation in a treatment program.

Buying or having cannabis seeds is illegal in Australia. However, with many changes relating to cannabis over recent years, legalization is not that far from reality. Currently legal only for medical purposes, minor cannabis offenses are however brought to a minimum level, generally with just a fine.

If you are thinking about getting some cannabis seeds for personal use, pay attention to all possible issues and consequences in your state.