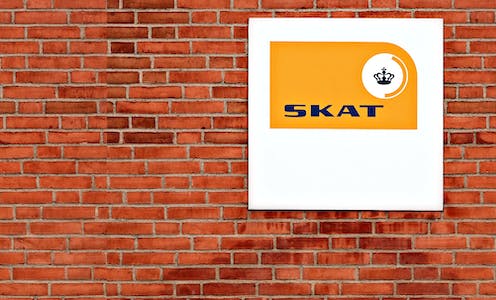 In Denmark, you might walk in the door and call out for your “skat” or your “treasure” as a greeting to your family.

This is common according to Denmark’s Ambassador to Australia, who launched the Nordic Policy Centre[1] last month, a partnership between the Canberra-based Australia Institute and Deakin University.

What is more unusual about the word “skat” is that it can also mean “tax” (in Danish and similarly in Swedish). If such a positive connotation in the word for tax is surprising, then the Ambassador’s claim that he pays his taxes “gladly” would be downright shocking to many Australians.

And Nordic citizens and companies certainly do pay taxes. The main Nordic nations make up four of the top six OECD countries in terms of taxes as a portion of the economy, with Norway at 53.8%, Finland at 52.1%, Denmark 51.6%, and Sweden at 50.2% (see Table 30 here[2]).

High taxes do the Nordics no harm

At the same time, Nordic nations often top lists of economic indicators. They make up four of the top twelve on the Global Competitiveness Index[3] published by the World Economic Forum.

Including Iceland, they are five of the top 16 countries by GDP per capita[4]. Unlike the tax havens and oil states on that list, they are also among the most equal in terms of income distribution – five in the top nine by one of the most widely used measures, while Australia languishes at number 20 (see xls here[5]).

Yet Australians are more used to being told “no country ever built a strong economy by clobbering itself with tax after tax after tax[6]”.

A better understanding of what makes the Nordic economies so strong is probably in order for Australia.

The first paper[7] from the Nordic Policy Centre focuses on the substantial differences between the structure of taxes in Australia and the Nordic nations.

Companies pay on behalf of their workers

As retirement income shapes up as an election issue in Australia, it’s worth considering that we are one of few members of the Organisation for Economic Co-operation and Development in which corporations are not required to pay social security contributions.

By contrast, in Norway, the Social Security Contribution component of taxation paid by employers amounts to more than 6% of GDP, in Sweden it is 7%, and in Finland it is nearly 9% – compared with zero in Australia.

Some of these employer payments are hypothecated - notionally set aside for particular uses. For example, employers in Sweden contribute:

Similarly, in Denmark, all employers contribute to a labour market supplementary pension fund, an unemployment benefits fund, and an insurance fund which protects workers against bankruptcy.

We could do it too

If Australian companies paid social security contributions on a similar scale, they would pay at least A$100 billion more tax each year than they currently do. This would double the A$89.1 billion company tax they are estimated to pay this financial year.

Nordic companies get value for these payments. Publicly funded labour market programs provide well-matched job seekers when, and where, companies need them[8]. And their workers are healthy, highly skilled and motivated.

Which brings us from tax and treasure to other Nordic policies like paid parental leave (which can be for as long as 16 months in Sweden), skills training, and income support for the sick and unemployed.

Australia can learn from all of them.

While Sweden, Denmark, Norway and Finland combined have a similar population to Australia and other similarities, in many policy areas they have taken very different approaches.

The Nordic Policy Centre, The Australia Institute and Deakin University look forward to exploring these topics and welcome the enormous support received already from the Nordic and Australian diplomatic and academic communities.

Rod Campbell of The Australia Institute assisted with the preparation of this piece.