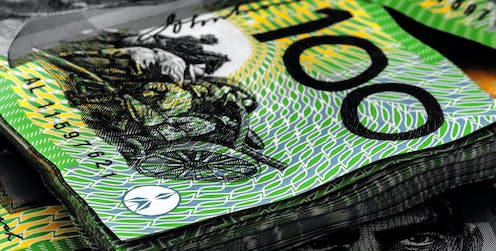 What’s the difference between tax avoidance and tax evasion?

The difference used to matter. Evasion was illegal. It meant not paying tax that was due. Avoidance meant arranging your affairs so tax wasn’t due.

not evading tax in any way, shape or form. Of course, I am minimising my tax. Anybody in this country who does not minimise his tax wants his head read.

The Pandora Papers — the biggest-ever leak of records showing how the rich and powerful use the financial system to maximise their wealth — shows the distinction has lost its meaning.

The dump of almost 12 million documents[2] lays bare the ways in which 35 current or former leaders and 300 high-level public officials in more than 90 countries have used offshore companies and accounts to protect their wealth.

Only in some of the cases could their activities be categorically declared illegal.

Here’s how tax havens are used. Trusts and companies are set up in places with low tax rates and secrecy laws such as the Bahamas, Cayman Islands, Hong Kong, Singapore, Switzerland, the US state of Delaware and the Republic or Ireland.

If, for example, a wealthy celebrity or a politician wants to buy a new yacht or a luxury villa but doesn’t want to pay tax or stamp duty or expose their wealth to scrutiny they can get their lawyer or accountant to do it through such a trust.

Read more: The Pandora Papers: why does South Dakota feature so heavily?[3]

It isn’t illegal for the celebrity or a politician to move their money (so long as it is theirs to begin with). Assets within the trust are subject to local tax laws (sometimes zero tax) and local secrecy laws (sometimes complete secrecy).

Legal, but used by criminals

These legal means of using complex networks of secret entities to move around money are the same as those used by criminals.

Colombian singer Shakira is one of the celebrities named in the Pandora Papers as using offshore companies. Others are Elton John, Ringo Starr, Julio Iglesias and Claudia Schiffer. Gregory Payan/AP

It’s far from clear these arrangements should be legal

The big question raised by the Pandora Papers is why any hiding of private wealth from tax authorities ought to be legal.

The International Monetary Fund estimated in 2019 that tax haven deprived governments globally of US$500 billion to US$600 billion[7] per year.

To put that into perspective, the estimated cost of vaccinating the world against COVID-19 is US$50-70 billion[8].

Some of what’s been uncovered in the Pandora Papers is illegal (“evasion”) but much might not be (“avoidance”, aided by anonimity).

The effect is the same. Dollars that ought to have been paid in tax are withheld and used for the benefit of people who aren’t keen to admit to owning them.

Over the weekend the Organisation for Economic Co-operation and Development, now led by Australian Mathias Cormann, brokered a deal under which 136 countries agreed to charge multinational corporations a tax rate of at least 15%[9], making tax havens harder to find.

The nations concerned did this because because, even where legal, the use of tax havens costs billions.

We’ll soon have to consider removing a distinction in law that vanished in practice some time ago.