It has been almost 50 years ago since visionaries started predicting a digital revolution enabling many of us to work from home.

But that revolution has long been thwarted by resistance – crucially from management concerned about productivity and performance.

It was the case in 1974[1], according to Jack Nilles, who led the first major study[2] to evaluate the benefits of “telecommuting” (by a team from the University of Southern California). It was still the case in 2019, according to researchers from San Jose State University, whose studies showed managerial and executive resistance[3] were the major perceived obstacles to the expansion of flexible working practices.

Our own research with Australian public service managers in 2018 found extensive managerial resistance to employees working from home.

Wondering how the enforced experience of working from home might change such attitudes, we surveyed 6,000 Australian public servants (including 1,400 managers) in June and July, and found the seeds for a revolution.

Only 8.4% of managers rated their teams less productive when working from home, while 57% thought productivity the same, and 34.6% believed it higher.

These findings, along with others, suggest working from home, at least for part of the week, may become the norm.

Read more: Teleworkability in Australia: 41% of full-time and 35% of part-time jobs can be done from home[4]

It is difficult to estimate precisely how many people had the option of working from home prior to the pandemic. Australian Bureau of Statistics data published in September 2019 [5] indicated about a third of all employed people regularly worked from home. But it is likely this number also includes workers catching up on work after hours.

In the public sector, about one-third of executives worked away from the office, but less than 15%[6] of non-executive employees did.

But on top of this, public service managers were sensitive about agreeing to any working arrangements that might feed community stereotypes about public servants having it easy. 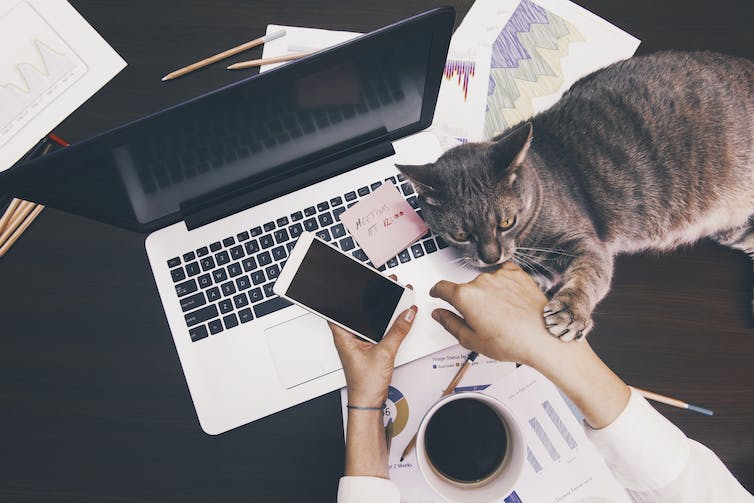 Managers have long resisted working from home out fears of lower productivity. Shutterstock

The COVID-19 pandemic rendered those objections irrelevant. By the end of May, 57%[7] of Australian Public Service employees were reportedly working from home.

To compile our findings we worked with the Community and Public Sector Union, which distributed the survey on our behalf. The 6,000 respondents included about 20% non-union members and 22% managers, across a broad range of occupations and agencies.

As noted, three times as many managers thought team productivity and performance had increased as those who perceived a decrease, with the majority neutral. 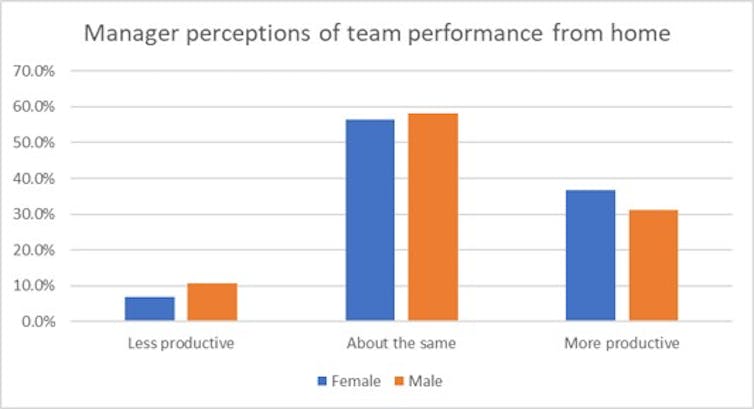 Female managers were slightly more likely to perceive greater productivity (36.7% compared to 31.1% of male managers), as were managers of teams larger than ten employees.

One manager noted “people are either productive or not, and it doesn’t matter where they work from”. Others said it had changed their management style for the better, forcing them to realise they did not need to micromanage to get results.

Generally, our results show employees were mostly positive about working from home, with more than four out of five saying it gave them more time with their family, two-thirds saying they got more work done, and three in five enjoying having more autonomy over their work.

There can be downsides to working from home, however. As one respondent put it: "I hate my house, it’s cold, and the kids are annoying, the dog stinks.”

The key issues identified by research[9] are social isolation, lack of feedback and loss of separation of work from home life.

Read more: It's not just the isolation. Working from home has surprising downsides[10] 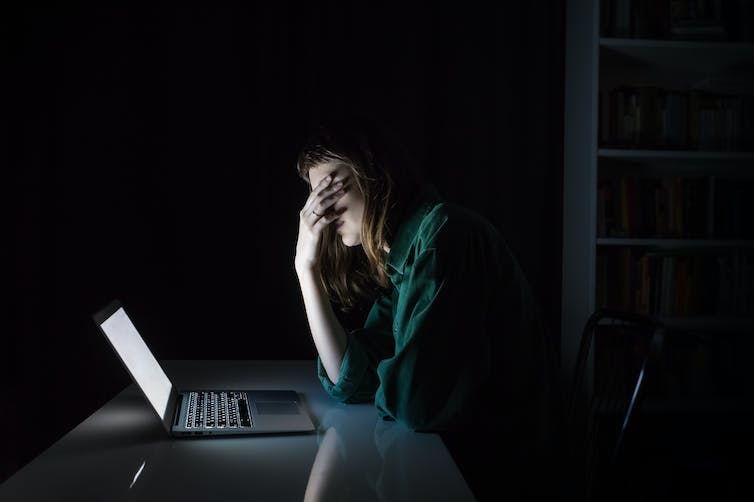 On the isolation and feedback front, our results were generally positive. Managers indicated communication technology enabled teams to stay in touch in multiple ways, from instant messaging to video conferencing. While just over 10% stuck to their usual meeting routine, the majority (about 60%) had increased their use of virtual meetings. This included scheduling social activities such as virtual coffee and drinks.

On the question of work-life balance, our results were more mixed.

Three-quarters reported they continued to work their usual work hours. But one in four reported working longer hours. Mostly this was due to increased workload, though almost 15% said they had been working more voluntarily because they were absorbed by their work. Many managers noted this increased motivation and mood.

Given the focus of the public service, this result is not necessarily one we can presume would apply across the entire workforce. That said, longer working hours do seem a feature of working from home during this pandemic. Based on data from more than 3 million in 16 cities, researchers found the average workday for those under lockdown is about 48 minutes longer[11].

These findings on longer hours potentially offset some of the positive perceptions of productivity improvements. The emergency conditions in which both managers and workers have been prepared to go the extra mile cannot become the baseline for expectations permanently.

Despite these caveats, and the need to point out that organisations still have much to do to embed flexibility in their cultures, our results add to the evidence that the great working-from-home experiment of 2020 has broken the back of decades of inherited managerial resistance. The revolution may have started.