The only surprise about the termination of the Holden brand in Australia was that it caused such surprise.

This was the final nail in an already empty coffin, given local assembly manufacturing ended more than two years ago.

In 2017, when Holden stopped making cars in Australia but committed to keeping the brand with local engineering and design facilities, I wondered[1] how long it could last.

There was in reality no commercial justification for a US-based global corporate to continue to invest in switching imported cars to right-hand drive for 3%[2] of 1% of the world’s car market. Holden’s dominant local market share was well and truly a thing of the past[3], no matter what was being rebadged under its name.

The huge nostalgia for the loss of an iconic Australian brand is perfectly understandable. But the naiveté shown by successive governments in dealing with the owners of this brand is not. Particularly when this has meant accepting commitments supposedly made in good faith in return for billions of dollars of taxpayers’ money. 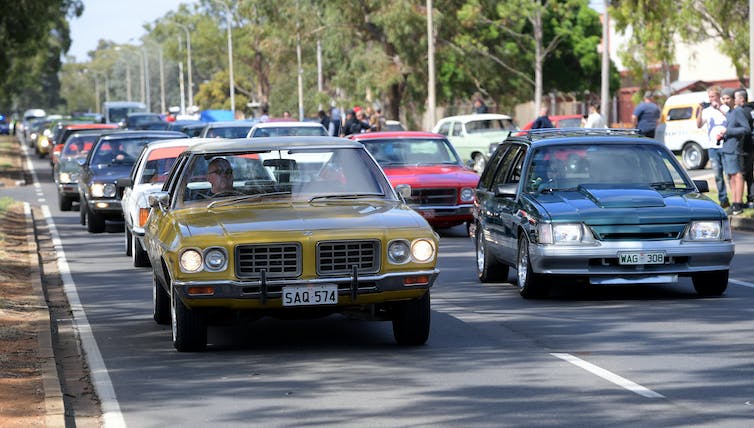 A parade of Holden cars of all ages marks the closing of Holden’s assembly plant in Elizabeth, Adelaide, on October 20 2017. Mark Brake/AAP

Let’s remind ourselves of the three factors that doomed Australian car assembly.

The first factor was removing tariff protection. Domestic car manufacturing flourished behind high tariff walls for more than half a century, but like many other areas of manufacturing it was not keeping up with the rest of the world.

It was hoped removing tariffs in the 1980s and exposing the industry to international competition would transform it for the better.

Alongside tariff reform were “industry plans” to manage the transition, in particular focusing on export markets where economies of scale could be achieved. At the same time, workers were given training and financial support to move from companies that couldn’t survive this harsher environment to those that could.

Such success was patchy but, with substantial government subsidies and a number of manufacturers withdrawing from the local market, the Australian car industry continued to be viable. However, as the local makers introduced new models on a drip-feed of investment from their global parents, they lost market share to imports. This could not be offset by increased exports as the same global parents limited Australia’s role in overseas growth markets.

Rise of the dollar

The second factor affecting domestic car manufacturing, and indeed Australian manufacturing more widely, was the rise in the value of the Australian dollar associated with the mining boom beginning in the early 2000s[5].

Some manufacturing has subsequently revived but not in the same form as in the past. Large mass-production facilities were increasingly superseded by small to medium manufacturers pursuing “smart specialisation” in global markets and value chains. This worldwide trend included many companies in Australia’s high-calibre auto-components sector, but less so the car-assembly industry.

This brings us to the third and decisive factor in the decline of car manufacturing in Australia: a flawed business model.

An industry designed for success in a protected domestic market had to innovate and scale up radically[8] in an intensely competitive global market once protection was removed. This simply didn’t happen. 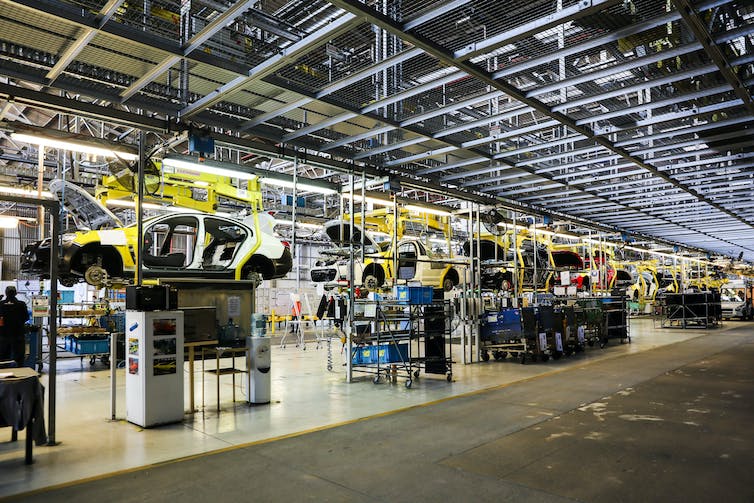 In retrospect, we can sympathise with governments not wishing to pull the plug on a major industry employing many thousands of workers. Not many countries can sustain an integrated car manufacturing industry. Most don’t even try.

Those that succeed do so because they can control their own destiny, including investing in future technologies, skills and market development. The only part of the Australian car industry that could control its own destiny was the auto components sector, which was world-competitive.

Read more: Why Australians fell out of love with Holdens[9]

Which brings us to the inevitable counterfactual. What if, instead of directing public support to global car giants that had no intention of transforming local assembly, governments had focused on accelerating the growth of the auto components sector?

The problem in Australia has not been the use of public funds to support manufacturing, but rather to prioritise what might have worked in the past over what we know will be required in the future. Such as electric vehicles.

It is worth taking the opportunity to reflect on the fact this observation applies as much to other challenges – such as climate change – as it does to the car industry.