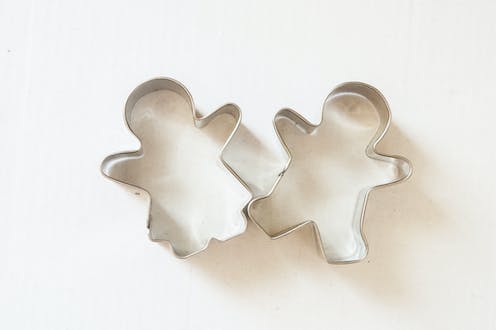 More women on boards is seen as an important indicator of gender equality and board effectiveness.

All this might be true, but there’s a problem in thinking board gender statistics alone indicate significant progress on diversity if the women getting picked for boards generally belong to the same networks as the male directors.

Women now hold almost 30% of all board positions in Australia’s top 200 listed companies. Former AICD head Elizabeth Proust[4] says that’s significant, because research “has shown this is the point at which you genuinely change the conversation around any table.”

Read more: 'Network contagion' is key to getting healthier numbers of women on company boards[5]

But that’s not necessarily what the evidence from Australia’s banking royal commission shows.

Equal numbers of women and men on the boards of IOOF or Commonwealth Bank, for example, didn’t seem to lead to any better outcomes than at ANZ (37.5% of directors female), Westpac (33%) or NAB (30%).

Perhaps that’s because board membership is still an extremely exclusive club.

In 2018 just 220 new board appointments were made in the ASX200 (with 100 of them women[6]). Social connections drive those appointments, according to researcher Sherene Smith[7]. There are few “outsiders”.

Read more: Company boards are stacked with friends of friends so how can we expect change?[8]

So whatever progress has been made in increasing board gender diversity, there remains a fundamental problem of a lack of equal opportunity in the board appointments process. The lack of outsiders means groupthink is still a problem, because people from similar backgrounds and social circles are less likely to have very different perspectives, or be prepared to challenge the group.

Mai Chen, of New Zealand’s Superdiversity Institute of Law, Policy and Business[9], talks about the difference between the type of diversity that promotes diverse thinking and ticking off achievement of mere “demographic balance[10]”.

This is certainly not to say that increasing female representation on boards is pointless. As Peta Spender puts it[11], “the role that women play on the boards of ASX 200 companies is a measure of women’s democratic leadership”.

But for greater gender equality to really contribute to greater thought diversity, we have to think about all the other factors that might be just as important, such as ethnic, cultural and socio-economic backgrounds, work and life experiences, educational attainment, or even personality traits.

Gender is only one facet of diversity. Ideally a board should have members who are able to not only arrive at different solutions but also voice these solutions.

Different aspects of diversity may be relevant for different companies. A company with offshore businesses, for example, might require foreign directors. A tech company might need to have a director with expertise in machine learning.

Gender, of course, is relatively easy to measure. Diversity of thought less so.

But it’s not impossible. In New Zealand, consultancy Diversity of Thought[12] assists organisations to assess their success in achieving a diversity of thought through questionnaires that cover experiences, perspectives and thought preferences.

Some examples of the questions used are:

In the longer run, investors, employees, customers and wider society can all benefit from companies taking a broader approach[13] to board diversity that aims to get multiple viewpoints into corporate decision-making.