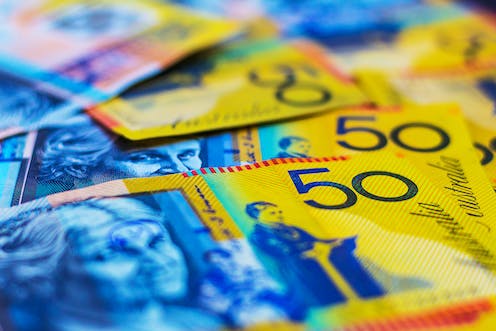 The government has announced very broad terms of reference for its inquiry into Australia’s retirement income system[1], which will trigger fresh debate about the planned future rises in the superannuation guarantee rate.

Treasurer Josh Frydenberg and Assistant Minister for Superannuation Jane Hume said in a statement the review “will cover the current state of the system and how it will perform in the future as Australians live longer and the population ages”.

It would “establish a fact base of the current retirement income system that will improve understanding of its operation and the outcomes it is delivering for Australians.”

It is understood the government is not looking for the review to make recommendations.

It is important that the system allows Australians to achieve adequate retirement incomes, is fiscally sustainable and provides appropriate incentives for self-provision in retirement.

The review is asked to identify:

•how the retirement income system supports Australians in retirement;

•the role of each pillar in supporting Australians through retirement;

•distributional impacts across the population and over time; and

•the impact of current policy settings on public finances.

Michael Callaghan, a former executive director of the International Monetary Fund and a former senior Treasury official, will chair the review.

The other panellists will be Carolyn Kay, who has long experience in the finance sector in Australia and abroad, including on the Future Fund Board of Guardians, and Deborah Ralston, a professorial fellow in banking and finance at Monash University, a member of the RBA’s Payments System Board, and most recently chair of the Alliance for a Fairer retirement, a group set up in response to Labor’s proposal to disallow refunds of excess franking credits.

There will be a consultation paper released in November and the report will be done by June next year.

A review was recommended by the Productivity Commission, which said there should be an “independent public inquiry into the role of compulsory superannuation in the broader retirement incomes system, including the net impact of compulsory super on private and public savings, distributional impacts across the population and over time, interactions between superannuation and other sources of retirement income, the impact of superannuation on public finances, and the economic and distributional impacts of the non-indexed $450 a month contributions threshold.”

The PC said this inquiry should be done before there was any rise in the superannuation guarantee rate.

The superannuation guarantee - increases in which have been pause - is due to start rising again from mid-2021.

The review’s broad terms of reference will reactivate a vocal group of government backbenchers who want to stop any further rise in the guarantee rate.

This is regardless of the government’s commitment to the legislated rise and Frydenberg’s answer, when asked on Friday whether that position still stood. “The government’s policy on the superannuation guarantee has not changed,” he said.

Frydenberg also reaffirmed, in relation to the family home,“As I said in parliament in July, including the family home in the pension assets test is not our policy and never will be.”

The retirement incomes issue is highly charged politically, so the government is potentially opening a can of worms.

"With the superannuation guarantee legislated to increase to 12% by 2025, ISA agrees with the government that sensible and evidence-based reform is needed to improve the efficiency of the compulsory savings system and ensure that members get even more out of every dollar they’ve been promised,” he said.

“In particular, ISA welcomes the review’s intention to examine the distributional impacts … This is an opportunity to address some of the inadequacies in our current system, where we see lower income and vulnerable workers, those with interrupted work patterns and in particular women, retire with significantly less super than other Australians.”