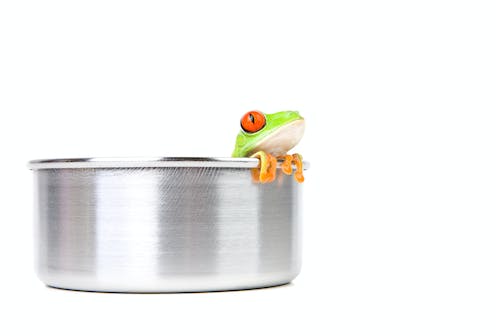 A “loyalty tax” occurs when discounts are offered to new customers while longer-term customers pay more. Often this involves increasing premiums at the first and subsequent renewals.

As the NSW government’s Insurance Monitor[1], charged with making sure insurance companies do not charge unreasonably high prices or mislead policy holders, I have had my office research the prevalence of loyalty taxes.

Our research last year[2] showed, on average, customers renewing their insurance policy paid 27% more than new customers. Our most recent data indicates the gap has risen to 34%. This translates to hundreds of dollars for the average home and contents insurance policy.

Loyalty taxes appear to be widespread in Australia. The Australian Competition and Consumer Commission concluded from different pricing inquiries that loyal customers of both banks and energy providers end up paying more. It also demonstrated the price difference for insurance in northern Australian – with one insurer on average charging renewing customers 15-20% more than new customers.

In Britain, regulators have calculated that customers are, by their fifth renewal, paying about 70% more than a new customer. The Competition and Markets Authority estimates the total cost of loyalty taxes in five British markets – mortgage, savings, home insurance, mobile phone contracts and broadband – to be about £4 billion (about A$7 billion) a year.

Translating this British estimate to the equivalent sectors in Australia (taking into account differences in population and GDP), the cost to consumers could be as high as A$3.6 billion, or at least $140 a year per person. This estimate does not include the energy sector, where evidence suggests the practice of charging longstanding customers more is rife.

Discounting to win new customers is not fair if the costs of that discount are passed on to longstanding customers. It discriminates against people who do not or cannot easily switch to another supplier. Vulnerable consumers – elderly consumers, those on low incomes, low education, or those with a disability – are disproportionately affected.

Complicated pricing structures often make it hard for consumers to compare quotes to see if one deal is better than another.

Consumer awareness of the loyalty tax appears to be low. It’s quite possible they may not be aware they are paying more each year. Companies can get away with making large price increases over successive renewals with little fear a customer will switch.

This practice is deceptive and falls short of community expectations. Greater respect for loyal customers is something the Hayne Royal Commission[5] said financial institutions should have better regard for.

Read more: What are we teaching in business schools? The royal commission's challenge to amoral theory[6]

In NSW, in my role as Insurance Monitor, I introduced a requirement that insurers must display last year’s premium on the renewal notices to policyholders. The information is provided in a similar way as it is on a domestic water bill. It’s now a mandatory requirement in NSW, coming into effect this month.

But the good news is that all of the major insurers have decided to make the change nationally.

Ensuring customers can see just how much their bill has gone up since last year is a significant reform – one I have been pushing over the past five years, since I was involved in monitoring the pricing of insurance in the context of an insurance levy reform in Victoria.

Information empowers consumers. It puts pressure on insurers to justify any increases.

If you are not happy with the increase, or the explanation for it, you should shop around and reassess your options.

More can be done

The insurance market is in many respects like other sectors. While there are lots of brands to choose from, the market is highly concentrated and not particularly competitive. Like the banking industry, there are just four major players.

The larger problem, however, is on the demand side. Consumers are generally not well informed. The complexity of products and the large amount of fine print in contracts makes it hard for customers to tell if they are getting a fair deal. Once they’ve made a choice, most will not think about switching, because it’s time-consuming, costly and inconvenient.

I hope this reform will help increase awareness of what consumers are paying – and not just for insurance. I encourage governments and policymakers around Australia to support and continue with reforms aimed at better disclosure for consumers. NSW has taken a small step. But much more can be done.