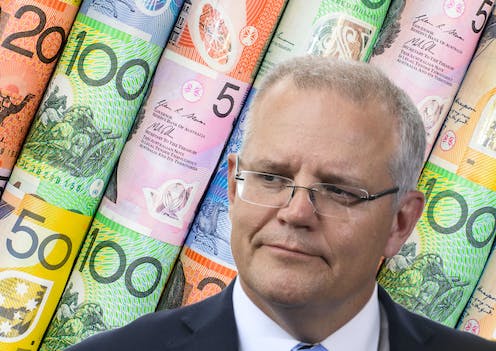 Labor has left the way open to wave through the government’s tax package in its entirety by the end of the week, but is continuing to play a game of brinkmanship by strongly attacking the third stage, which does not start until 2024-25.

If the legislation – consideration of which is being fast-tracked with Labor’s co-operation – is passed this week, the tax offset could be available to be paid from about a week later.

Scott Morrison on Monday night said he was “very confident” of the package being passed. Asked on the ABC what his pathway was for getting the full $158 billion plan through the parliament, he nominated “working with the crossbench”.

Without Labor’s backing, the government needs the support of four of the six member non-Green crossbench. It has on side Centre Alliance’s two senators and independent Cory Bernardi. It needs just one more out of One Nation’s two senators and Jacqui Lambie.

Sources last night believed Lambie was sympathetic to the government’s position. Lambie’s staffer said she was consulting but was not talking to the media.

The opposition is still refusing to state its final position, saying it will press amendments in both the House of Representatives and the Senate. But it has carefully left open what position it will adopt if the Senate rejects its amendments.

Shadow cabinet and the caucus considered the tax plan on Monday, ahead of its introduction to the House of Representatives on Tuesday, immediately after the formal opening of parliament.

Labor’s amendments are to split the three stage package, and bring forward part of the second stage.

The package will go to the Senate on Thursday. Labor is making it clear it is anxious to see the fate of the package determined by the end of the week. The first tranche was due to take effect from July 1.

Read more: Frydenberg declares tax package must be passed 'in its entirety'[2]

Anthony Albanese told caucus: “The government is trying to change the country. What they are trying to do with stage three is an attempt to permanently reduce the amount of help the government is able to give to people.”

Shadow treasurer Jim Chalmers also continued to attack stage three, telling a news conference: “We don’t think it’s responsible to sign up to stage three of the tax cuts, which cost $95 billion and won’t come in for another five years.”

He said bringing forward some of stage two would give the economy a desperately needed boost.

Meanwhile on Monday Albanese reaffirmed that he will press ahead with seeking the expulsion from the ALP of construction union official John Setka, although Setka, whose expulsion was due to be considered by the ALP national executive on Friday, has now been given until July 15 to prepare his case. Albanese told caucus: “No individual is more important than the movement.”