Japan’s Nanzoin Temple is famous for its huge statue of a reclining Buddha. Its custodians are less laidback about the hordes of tourists the temple attracts. Signs in 12 languages now warn foreign visitors they may not enter in large groups.

It’s part of anti-tourist sentiment, driven by “the bad manners and abhorrent actions[1]” of some visitors from abroad, reportedly growing all over Japan – and elsewhere in the world. 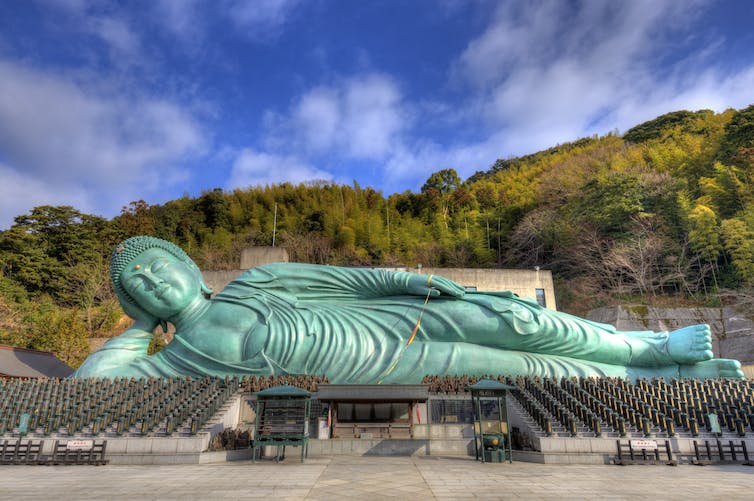 In Amsterdam, for example, city authorities have put a halt on new hotels and souvenir shops, and are cracking down on private rental platforms.

Tourism brings many benefits to communities around the world. But tourism hotspots are feeling the strain as tourist numbers increase. Locals resent being crowded out of restaurants and parks. They resent paying inflated prices. Most of all they resent tourists behaving badly.

The increasing prevalance of the badly behaved tourist, either in reality or simply as cultural meme, presents a serious issue for the tourism industry. In cities at tourism’s bleeding edge, such as Venice, resentment has boiled over into anti-tourism protests. In Barcelona the cause against foreign visitors has been embraced by left-wing nationalist activists[2]. Their view is expressed in graffiti around Barcelona: “Refugees welcome; tourists go home[3].” 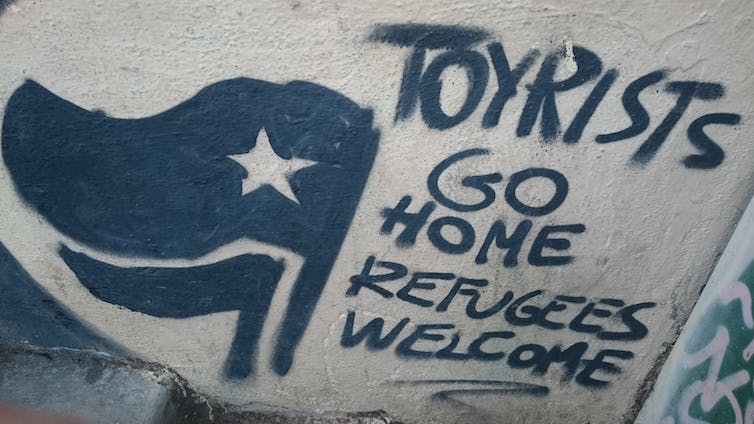 Unless the tourism industry does something to address underlying aggravations, such sentiments are likely to spread. There’s a danger tourism, instead of building bridges for cross-cultural understanding and friendship, will add to the stereotypical walls that separate people.

Sometimes bad behaviour is a matter of perception, and comes down to cultural differences. There are places in China, for example, where it’s perfectly acceptable to leave your restaurant table, and the floor around it, an absolute mess. Two Chinese women visiting Japan, however, became the focus of international criticism due to a video[6] that appeared to show them being asked to leave an Osaka restaurant because of their “disgusting eating habits”.

The question arises as to why tourists don’t make more effort to understand and follow local customs.

Then there’s the question of why tourists behave in ways they wouldn’t dream of at home. Maybe it’s wearing a lime-green mankini while wandering through Krakow[7]. Or nothing at all at Angkor Wat[8], Cambodia’s most holy shrine.

The evidence suggests there’s something about being on holiday that simply seems to lower people’s inhibitions.

Otherwise ordinary people commit stupid acts like attempting to steal a propaganda poster[10] in the world’s most totalitarian state. Or spray-painting grafitti[11] on a wall of a site where millions were murdered. Or brawling for a prime selfie spot at Rome’s Trevi Fountain[12]. 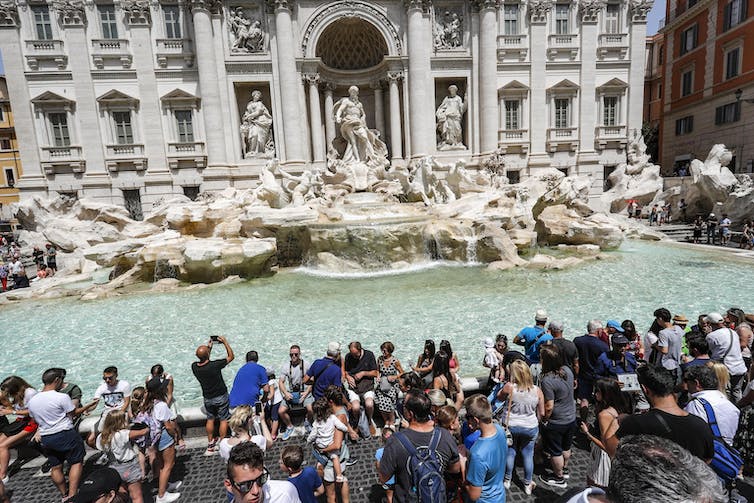 Sustainable tourism rests on a number of pillars. One of those is the need for the tourist to respect local people, cultures and environments.

The problem now, as other tourism scholars have pointed out, is that tourism is promoted as an activity of pure hedonism. Rather than being encouraged to see themselves as global citizens with both rights and responsibilities, tourists are sold an illusion of unlimited indulgence. They are positioned as consumers[13], with special privileges.

Is it any wonder that encourages indulgent behaviour and an attitude of entitlement?

We know about some of the incidents mentioned because the perpetrators themselves recorded their crimes for posterity. On other occasion an offended local has done the filming.

Such is the case of the “pig” British tourists who created a media storm on their holiday to New Zealand in January. A video showing the rubbish they left behind at a beachside park turned them into a media sensation. More than 10,000 people signed a petition[14] for them to be deported.

It’s a classic case study in how a local event can now so easily become a national or international incident.

But I believe New Zealand also provides a case study in how the global tourism industry can deal with antitourist sentiment by encouraging tourists to show greater respect.

To deal with multiple problems associated with tourists – including bad driving[15], damaging camping practices and to ignorance of safety in the outdoors, New Zealand’s tourism authority and operators are promoting “The Tiaki Promise”.

Tiaki is a Maori word meaning to guard, preserve, protect or shelter. An associated principle is Kaitiakitanga[16], an ethic of guardianship based on traditional Maori understandings of kinship between humans and the natural world.

Read more: A green and happy holiday? You can have it all[17]

The Tiaki campaign thus asks tourists to look after New Zealand, “to act as a guardian, protecting and preserving our home”. In exchange it promises a warm welcome to those who care to care.

Such a principle of reciprocity is an inviting code for responsible tourism. The tourism industry’s challenge is to develop effective strategies to bring tourists and locals into better alignment.

The key is in communicating the priceless experiences that emerge from being with the locals rather than imposing on them.