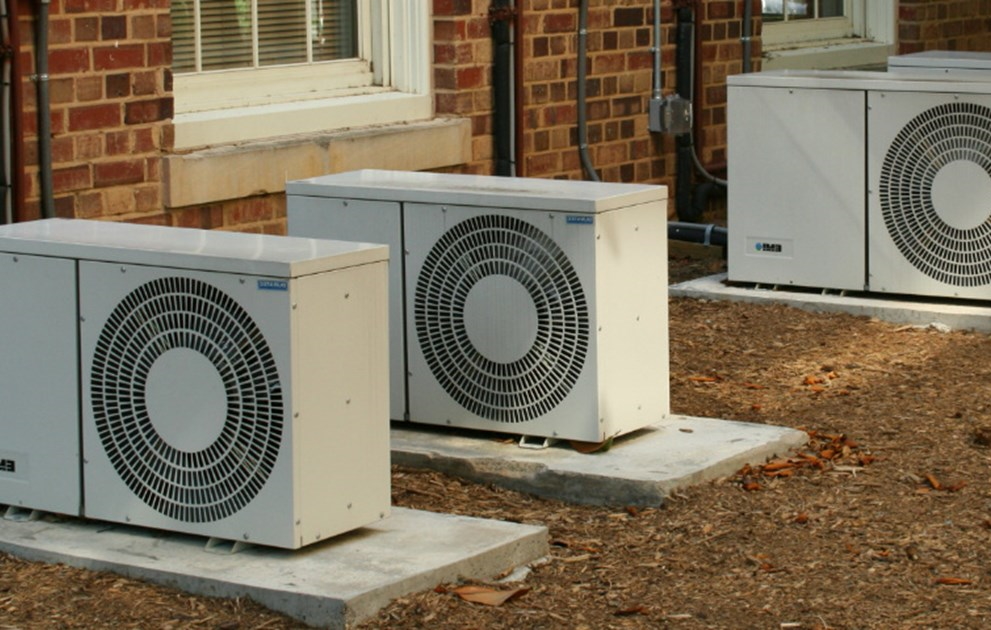 When they're installed in commercial premises, ground source heat pumps can be incredibly efficient. The first thing to note about them is that they don't actually generate any heat, unlike a traditional storage heater, central heating boiler or halogen heater, for example. As such, they don't convert electrical or gas-based energy into heat, something which inevitably comes with an associated inefficiency. After all, as most schoolchildren who have ever studied physics know, you cannot get more energy out of something than you put in.

Nevertheless, this only applies when you are using fuel to gain heat energy. No one would ever be able to design a conventional heating system that operated at exactly 100 per cent efficiency, let alone more efficient than that. Even very efficient electric heaters create some light energy as well as heat, after all. And yet, in some cases, surpassing 100 per cent efficiencies is exactly what commercial ground source heat pumps can do.

Remember that the design principle behind them is radically different than you would expect from a convection heater, for example. As such, efficiencies can get up to 300 per cent if the conditions are right. On the face of it, this can seem astonishing. That's until you remember that what a heat pump is doing is not generating heat energy but transferring it from one place to another where it is needed.

Of course, it should be borne in mind that the 300 per cent headline figure is a theoretical level of operational efficiency. In commercial buildings that have been designed to complement the use of such renewable technology, figures approaching this level – even in the relatively cold UK – are technically possible. The practical reality is, however, that many commercial premises in the country are likely to fall somewhat short of this mark. All sorts of things can affect the efficiency of heat pumps, not least the age and design of the building where they are fitted as well as how much exposure to solar energy the area near to the pump obtains.

To be clear, looking at the relative efficiencies of heat pumps compared to gas-fired central heating systems and electric heaters is just one way of judging their commercial value. After all, gas boilers don't need to be quite as efficient as electrical heating systems to operate as effectively given the relative cost per unit of energy of gas compared to electricity. That being said, many people find it useful to think about efficiency, especially when they are potentially looking into the merits of heat pumps for the first time.

Therefore, it is useful to understand how the industry measures efficiency when it comes to heat pumps. According to one installer of commercial heat pump systems based in Lancashire, TJ Refrigeration, the term coefficient of performance, or CoP, is the most widely used one for heat pump efficiency nowadays. Using the CoP method for calculating system efficiency produces a handy scale that allows one technology to be directly compared to another. In the UK, it is fair to say that a commercial air source heat pump might attain an efficiency score as high as 4 on the CoP scale. This should be compared to ground source heat pump installations, however, which can sometimes reach up to 5.

One technical problem that often crops up when comparing heat pump technologies based on their CoP values is that they only offer an insight into the efficiency of a system under optimal conditions. Some people, therefore, quite understandably think that expectations of heat pump performance are unrealistic. This is most noticeable with commercial air source heat pumps since - during the winter months, at least – the air temperature outside will necessarily be lower than at other times of the year. As such, an air source heat pump could see its efficiency drop, sometimes to as low as 1.5 on the CoP scale in December and January. Although this is less of an issue with ground source heat pumps, more electrical consumption will be required to maintain the premises' desired working temperature.

It is for this very sound reason that professional expertise should be sought when considering investing in commercial heat pumps installations in the UK. Many other design factors other than the underlying weather conditions affect the efficiencies of such systems including the layout and number of storeys of a commercial building. With the right system design and expert commissioning, inefficient operational periods can be mitigated considerably while cost savings and carbon reduction targets should be maintained right throughout the year.