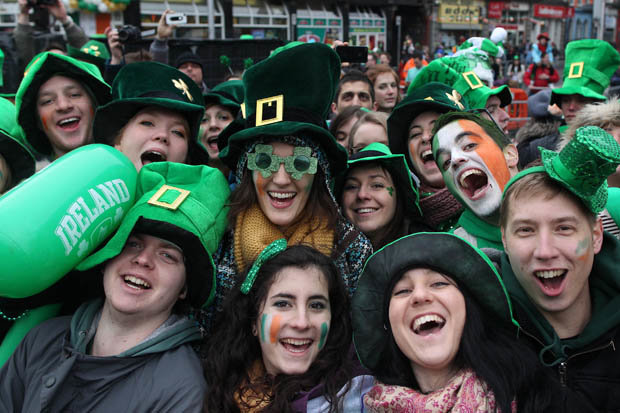 Every March 17, millions of people around the world – yet mainly Irish communities and organisations – come together in St Patrick's Day costumes to celebrate Irish culture and remember St. Patrick, a renowned Irish saint who ministered Christianity throughout Ireland in the 5th century.

While the St. Patricks Day tradition began as a feast day held in honour of St. Patrick, as the event became popular in the West and other parts of the world, it soon evolved into a celebration of Irish culture as a whole.

Who is Saint Patrick and Why Was He Important?

Saint Patrick is one of the most recognised patron saints in Ireland. Although Patrick was not of Irish descent, he was born in Great Britain and brought to Ireland as a prisoner when he was captured and removed from his home.

During this time in captivity, Patrick turned to religion as a way to find solace and over time he became a devout Christian. After escaping his captors, he undertook 15 years of religious training and ministered Christianity across Ireland. He did so by preaching to the people and setting up churches, monasteries and schools.

Aside from his religious work, Saint Patrick is most well-known for outlandish yet inaccurate legends shared about him. Most notable is the tale where he supposedly ‘drove’ all of the snakes out of Ireland, despite there being no evidence to support the idea that snakes have ever existed in Ireland.

After the passing of St. Patrick, Irish people began to annually observe St. Patricks Day, where they would attend church in the morning and celebrate in the afternoon by eating meat, singing and dancing, and drinking alcohol.

But due to the rise of Irish emigration in the 18th to 19th century – in particular the Great Potato Famine of 1845 where emigrants travelled to America to escape starvation – the focus on St. Patrick’s Day as a religious feast changed to a global secular event.

So influential was migration in raising the popularity of St. Patrick’s Day, the first ever St. Patrick’s Day parade wasn’t even held in Ireland, but in New York City in 1762. Since then, each year major cities around the world host lavish parades and televise the event so families can watch in the comfort of home.

Why the Colour Green?

Perhaps the most well-known tradition on St. Patrick’s Day is people who wear the colour green.

While there are many reasons why green is the colour of choice on this day, the most interesting reason has to do with leprechauns. Back in the early 1700’s, Irish Americans spread a folklore that stated wearing green would make you invisible to leprechauns, thus they would not pinch you.

This explains why on St. Patrick’s Day people pinch other people who do not wear green. Because it serves to remind them that they are at risk of being snuck upon by a cheeky leprechaun.

How to Dress Up on St. Patrick’s Day

The beauty of dressing up on St. Patrick’s Day is you don’t have to put in a lot of time, money or effort. Even if you only have a green shirt or dress, green jewellery, or a pair of shamrock-shaped sunglasses – you will fit right in.

Of course, if you really want to get into the Irish spirit, you can always save time and hassle by purchasing a St. Patrick’s Day outfit online.

Whether you want to dress up as a cheeky leprechaun, a Shamrock Sweetheart or a Scottish highlander, you’ll have no problem finding a stylish and affordable costume in a size that fits you perfectly.

If you want to dress up the whole family you’ll find plenty of boys and girls costumes, which come with matching accessories to complete the look.