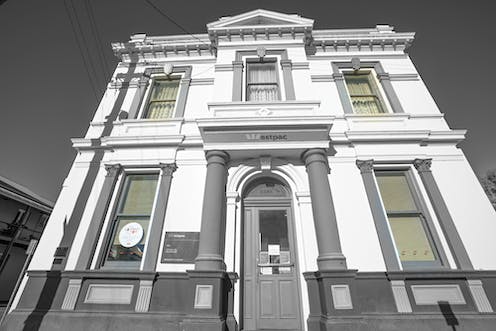 The evidence presented[1] in the first four rounds of the Royal Commission into Banking and Financial Services was harrowing.

It would be a mistake to think the appalling misbehaviour uncovered so easily by the Commission was unconnected, just a few bad apples, as the banks and their supporters had been claiming.

It’s a mistake Commissioner Hayne doesn’t make[2] in his interim report, describing the misconduct as systemic, orchestrated as a matter of corporate policy, and against the law.

So shocked is he about what he concludes is law-breaking sanctioned at the highest levels that he asks rhetorically whether there would be any point in new laws, given the old ones were often ignored by banks and are not enforced by regulators.

The law already requires entities to “do all things necessary to ensure” that the services they are licensed to provide are provided “efficiently, honestly and fairly”. Much more often than not, the conduct now condemned was contrary to law. Passing some new law to say, again, “Do not do that”, would add an extra layer of legal complexity to an already complex regulatory regime. What would that gain?

He makes no recommendations in his three-volume 1000 page interim report, instead drawing together a long list of questions he intends to answer in his final report, due in February.

Before then, the bank chief executives appearing in the Comission’s final round of hearings will be asked some very tough questions.

It won’t be like the convivial chats[4] the bank executives are used to with the heads of regulators, eager to please their ministers in love with financial innovation[5] and the concept of Australia becoming a global financial centre[6], a new City of London in the East.

Nor will it be like the “I’m sorry, I’ll take that on notice[7]” parliamentary hearings the government arranged a year or two ago in an effort to fend off the Commission.

We’ve always had the evidence

For decades few have thought to ask why Australia’s big banks have been consistently among the world’s most profitable.

Certainly not shareholders who loved the returns and wanted more.

Too many middle and higher level employees were happy to take the bonuses.

Now a new treasurer, Josh Frydenberg, who wasn’t centrally involved in fending off the Royal Commission, appears to have got the message.

Whatever the criticisms are of the regulator, we should remember actually who perpetrated the wrong conduct. And that was the financial institutions themselves. So they are ultimately, and the individuals involved, ultimately the ones who must be held accountable and responsible for their actions. The regulators need to enforce the laws they have at their disposal, impose the penalties that are available to them, and in doing so we are more likely to see a culture of compliance than what we have seen.

Commissioner Hayne has framed the fundamental problem as one of greed overriding respect for the law and respect for customers.

We allowed greed to become good

Hayne asks how that could change.

We have argued with reference to AMP and IOOF[8] that while greed might be an ever present part of the human condition, it can be suppressed or contained.

Greed-induced systemic financial crises were common before the 1940s and after the 1970s, but not during the war or in the decades immediately after the war.

The 1980s saw a sea change in attitudes to greed, brought about by financial deregulation and the popularising of the view taught in economics classes that pursuit of individual self interest was in society’s best interest.

Rules, codes and views about what constituted good governance[10] came to be based on a theory[11] that gave a central role to greed, maximising shareholder returns and incentivising managers.

Boards were encouraged to think that putting shareholders first was more important than following directors duties and the law[12].

Bureaucratically, there was an unrelenting policy preference for self-governance, light touch regulation and cooperation with wrongdoers rather than enforcement.

It’s impossible to buy organisational culture off the shelf[14]. It is a product of many things.

Changing culture requires more than better professional credentialing, increased financial literacy and embedding regulators inside banks. By themselves, these measures are unlikely to be systemically effective.

Read more: Trust has to be as important as profit if banks and their boards are to regain their corporate legitimacy[15]

We need to change the rules by which boards operate[16].

Containing greed requires many, many eyeballs[17], not just those of shareholders and consumers, but also employees, unions, customer advocacy organisations, regulators and the parliament, as well as clear and well-designed rules, active enforcement, appropriate rewards and strong consequences, and a new shared ethos of prudence, responsibility, honesty, service and fairness.

It is possible, but difficult.