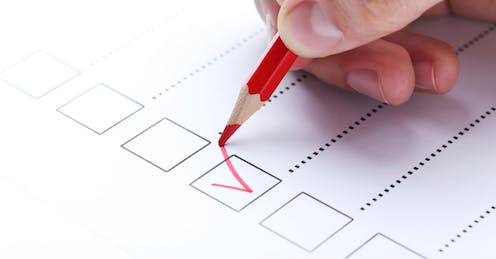 Here are three simple steps to address the widespread misconduct revealed in the interim report of the banking royal commission, arising out of research I have undertaken with my colleague Associate Professor Jeannie Paterson[1].

While not exhaustive, they are good places to start:

Step 1: back to basics

Commissioner Hayne is spot on when he says that simply adding more regulation is not going to do the job.

In fact, more regulation can be more damaging than helpful.

There are literally dozens of overlapping state and federal statutes that prohibit misleading or deceptive conduct, and they often use subtly but significantly different language and impose different penalties.

This “legislative porridge” splits the regulation of financial services and products in ways that defy rational justification.

The result is protracted and cripplingly expensive litigation to determine who is covered by what prohibition.

This plays perfectly into the hands of well-funded corporations who know that delaying tactics and the limited resources of regulators and commercial and consumer are likely to produce soft settlements, “agreed penalties” and no real pressure to change behaviour – all while profits continue to flow in.

So we need to get back to basics. Simple, overarching prohibitions contained in one or two pieces of key legislation, which apply to every trader and corporation who engages in trade or commerce. No exceptions. No carve outs. No special treatment. The same penalties and remedies. Simple, powerful and unavoidable.

For many years, the Australian Securities and Investments Commission has concentrated its relatively meagre litigation efforts on proving “misleading” conduct by corporations. This is probably because it is notoriously difficult to prove the personal dishonesty traditionally required to prove fraud (the “deceptive” part of the prohibition on “misleading or deceptive” conduct).

Part of the problem has been that corporations are artificial persons and so need to operate through directors, managers, employees and agents.

Read more: Fees for no service: how ASIC is trying to make corporate misconduct hurt[3]

Nailing down instances of individual personal dishonesty, intention and responsibility is often impossible.

Misleading conduct, by contract, is relatively easy to prove, because it focuses on the objective meaning of conduct, does not require proof of fault – and does not require ASIC to identify the personal intentions of individuals behind the conduct.

But, focusing on misleading conduct comes at the cost to effective regulation.

The reputational damage flowing from a finding of misleading conduct is very low.

As Commissioner Hayne has noted, corporations are quick to characterise this sort of conduct as involving “mistakes”, to apologise and to promise reform[4].

Read more: Hayne holds fire, but the banks' day of reckoning is coming[5]

It is time to face the reality that what matters is the behaviour of corporations rather than what is in their (artificial) minds.

As the commissioner himself as noted, you don’t need legal advice to know that “charging for doing what you do not do is dishonest”. Much of the reported conduct “ignores basic standards of honesty[6]”.

A change in focus from personal intention to objective standards of honest conduct is needed to address what the commissioner identifies as “the root causes of conduct, which often lie within the systems, processes and culture[7] cultivated by an entity”.

The final piece of the puzzle (missing from the otherwise incisive discussion in the interim report) is to bring courts on board.

Australian courts have been very cautious in awarding penalties for misleading conduct, and give substantial weight to mitigating factors such as expressions of remorse and cooperation with regulators.

They have said repeatedly that the focus of penalties should be on deterrence rather than punishment.

Read more: How courts and costs are undermining ASIC and the ACCC's efforts to police misbehaving banks and businesses[8]

Their approach may be entirely appropriate in cases where courts are dealing with human defendants facing personal ruin. But when applied to corporations, it can undermine the legitimate role of punishment in changing repeated and longstanding corporate misbehaviour.

Again, there are some simple changes to the law that could address this problem.

One is to clarify that punishment is an important aim of the civil penalties regime, required for “public denunciation[9]” of bad behaviour and to provide effective deterrence.

Read more: The problem with Australia's banks is one of too much law and too little enforcement[10]

Another is for courts to frame penalties with a strong eye to the profits amassed as a result of the breach. Often the profit earned will be larger than the damage to consumers[11]. Misconduct cannot be allowed to make good financial sense.

Yet another (also not yet on the commission’s radar) is to seriously consider expanding private rights of redress to include additional, punitive damages in cases of serious misconduct.

Not only would this make private claims more feasible for commercial victims. The recent launch of group proceedings by Slater & Gordon[12] shows that, when brought together, private litigants are capable of sharing the regulatory burden of keeping banks on the straight and narrow: it needn’t all be done by the Australian Securities and Investments Commission.

There are important issues to consider about the strengths and dangers of group litigation, currently the subject of review by the Australian Law Reform Commission[13].

But if it can be done properly, the deep pockets of banks might well meet their match in well organised teams of lawyers and litigation funders, aggressively seeking justice both in the interests of their clients and for their own financial reward.