A job – any job – is generally thought of as better than no job at all. Consequently, low-paid work is often considered a “stepping stone” to a higher-paid job. But how easily do low-paid workers climb up the pay scale, really?

Our new research[1] suggests past studies may have considerably overstated the chances of moving from low to higher pay. This has significant implications for understanding labour market behaviour.

Given the NZ$3.3 billion increase in welfare payments[2] announced in New Zealand’s recent budget – dubbed the “biggest lift in a generation” – and the ongoing focus on inequality and minimum wage rates, how we measure income mobility is increasingly important.

In particular, what are some of the characteristics of the low-paid workforce? How likely or unlikely is it that an individual can transition from low to higher pay?

Past research has described low-paid work as a stepping stone if there is a greater chance of moving to higher pay relative to someone who is unemployed.

Furthermore, the data have suggested relatively high likelihoods of making the transition from low to higher pay — estimates range from 47% to nearly 90%, based on studies from the UK, Australia and Germany.

However, this research has mostly had to rely on survey data based on individual responses to an annual set of questions. This means we can only observe a snapshot of any given labour market once a year.

When determining whether an individual is unemployed, low paid or higher paid, a lot of information between those annual surveys falls into the unknown.

Why does this matter? It helps to imagine three different individuals, with different labour market experiences, answering a survey about their employment status in October 2019 and again in October 2020:

Because of the lack of information between survey time points, all three individuals will fall into the same category. In turn, this may influence estimates of movement out of low pay.

Read more: NZ Budget 2021: women left behind despite the focus on well-being[3]

In New Zealand we have the advantage of the integrated data infrastructure (IDI[4]), a large research database published by Stats NZ[5].

As well as being population-wide, this provides monthly administrative tax records that reveal labour market states at a much higher frequency.

Our research uses these detailed data to look at the male low-paid workforce aged between 21 and 60 in New Zealand. The results are illuminating.

Read more: NZ's second 'Well-being Budget' must deliver for the families that sacrificed most during the pandemic[6]

First, we mimicked conventional earlier research by looking at the labour market from only one month each year. Through this lens, New Zealand looks similar to Australia, with the probability of moving from low pay to higher pay estimated to be 74%.

When we use the detailed monthly income records, however, it is clear the picture is not as rosy. Most importantly, the likelihood of moving from low pay to higher pay is much lower than traditional methods suggest.

In fact, for those who have been in low-paid work for all of the prior 12 months, we found the likelihood of them moving into higher pay in the following month was only 28%. Being continuously in low-paid work, it seems, means it isn’t easy to climb out.

On the other hand, our research confirms the stepping-stone effect does exist in the New Zealand labour market: compared to being unemployed, you’re more likely to move into higher pay from being low paid. 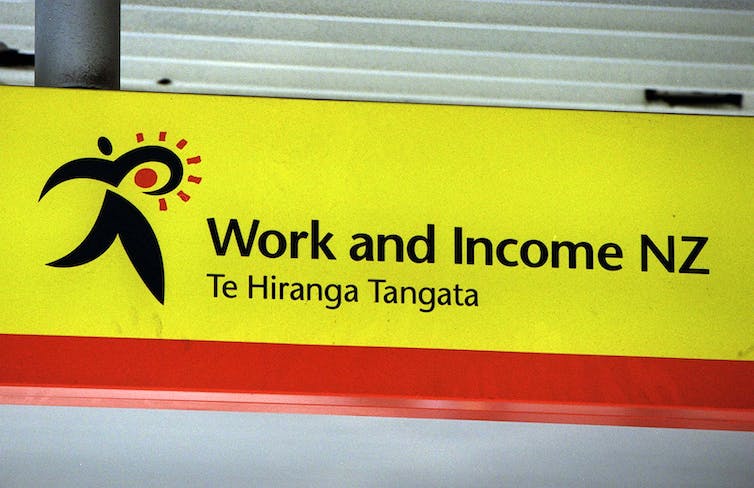 Moving from low-paid work to better pay may be difficult, but moving from an unemployment benefit to higher pay is even less likely. GettyImages

Overall, our research highlights the value of detailed, high-frequency, integrated data in assessing the nuances in the labour market landscape.

On top of that, it illustrates the real difficulty in climbing the wage ladder for those in long-term low-paid work. This suggests policymakers should focus on pathways to wage growth, as well as on job creation itself.