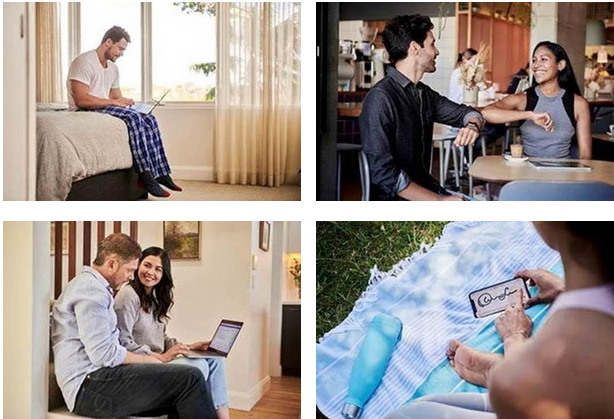 Slip on your pyjamas, pick up your phone; new research reveals how – and why – Aussies are modernising the art of making an agreement


COVID-19 has impacted the way people live and work. According to DocuSign research, rather than slowing things down, Australians made more agreements than ever before in 2020 – and the agreements themselves look completely different to old school pen and paper.

Before now, the results of a simple image search of ‘agreements’ would overwhelmingly feature two men, in a boardroom, shaking hands - which doesn’t accurately reflect agreements in Australia today.

In a survey of more than 1,000 Australians conducted by DocuSign, 66 per cent have signed more agreements over the past 12 months than they have in any other year. And the most popular agreement they’ve made in 2020 is a new job, with almost half (49 per cent) having signed an employment contract in the last year, despite ongoing rising unemployment levels. Twenty per cent added that agreeing to a new job or promotion has been their most important decision this year.

That’s why DocuSign and stock photography website Unsplash have teamed up in an Australian first partnership, to modernise those old perceptions, with the launch of an image gallery that reflects the changing face of agreements in Australia.

Guided by insights from the research, the new gallery ‘Reimagining the Photography of Agreements,’ depicts how modern agreements are made in both personal and professional lives, where they’re made and the people making them.

The gallery showcases people e-signing contracts on their phones and laptops in different locations, including the kitchen, a cafe or the home office. The gallery also features people from various ethnic backgrounds, ages, genders and sexual orientations, to reflect the diverse communities of Australia, as these are the people behind modern agreements.

The massive changes we’ve all experienced as we deal with the aftermath of COVID-19 almost certainly plays a role in why Aussies are making agreements. But it’s also impacting how they make them, and how they think about them. Sixty per cent prefer to sign an agreement electronically today, and 53 per cent now can’t visualise signing an agreement any other way.

Based on DocuSign’s research, those perceptions are grounded in reality.

It’s out with the boardroom, in with the bedroom; and corporate attire isn’t necessary. A majority (68 per cent) of Aussie professionals are signing major agreements in jeans and t-shirts, while almost a quarter (28 per cent) make agreements while wearing their pyjamas.

Fifty-three per cent of Aussies have delivered a resounding – and unsurprising – response that they’ve signed an agreement from their home office in the last 12 months.

“The survey results point to the fact that in our digital era, not only are people making agreements from anywhere, they’re doing so in their pyjamas or jeans, which was once unimaginable,” said Scott Olrich, Chief Operating Officer, DocuSign.

“While there’s no doubt the events of 2020 have escalated change in the way we make agreements, it’s also important to consider that agreements are made by people of all genders, races and ages, from many different locations. Our research shows that more than 50 per cent of people in the older generation visualise an electronic device rather than a paper and pen when they think about making an agreement, and this is just one example. With this in mind, we’re excited to launch our new gallery with Unsplash to better reflect the diversity of modern agreements.”

In keeping with the theme of being new and modern, this is the first time Unsplash has partnered with an organisation in Australia.

“As soon as we heard about the prospect of launching a gallery with DocuSign on the subject of modern, diverse agreements, we wanted to be involved. In addition to setting a new norm of agreements, this project gives us an opportunity to showcase the value of photography alongside a topic that resonates with people all over the world.”

Respondents also shared insights on what agreements mean to them:

DocuSign commissioned Decibel Research, an independent research services provider, to script and host an online quantitative survey of respondents in October 2020. The research is based on a representative sample of the Australian professional workforce (aged over 18 years) and was selected by the research panel provider, Pureprofile. The sample comprised 1,006 respondents, distributed across metro, regional, and rural areas of Australia. Respondents were qualified to ensure they had made an agreement in the last 12 months. Where attributed, the quotes and the opinions portrayed reflect the individual’s personal comments and do not always reflect the views of the entire department or organisation they represent.

DocuSign helps organizations connect and automate how they prepare, sign, act on, and manage agreements. As part of the DocuSign Agreement Cloud, DocuSign offers eSignature, the world's #1 way to sign electronically on practically any device, from almost anywhere, at any time. Today, more than half a million customers and hundreds of millions of users in over 180 countries use DocuSign to accelerate the process of doing business and to simplify people's lives.

Copyright 2020. DocuSign, Inc. is the owner of DOCUSIGN® and all its other marks (www.docusign.com/IP).