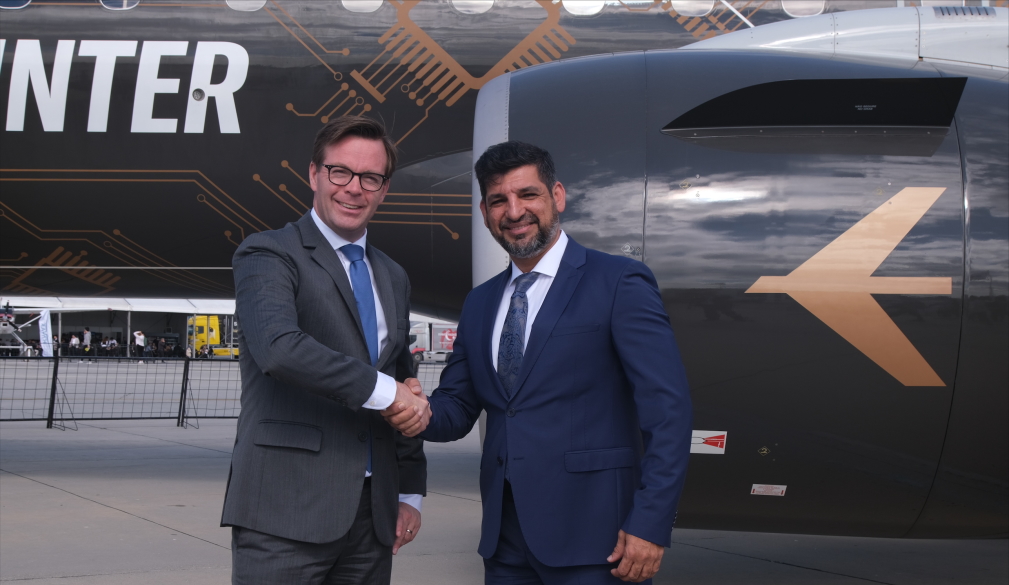 SalamAir, Oman’s value-for-money airline, has announced a firm order for six Embraer E195-E2 passenger aircraft, with purchase rights for six more. With this, the airline will become the first Embraer E195-E2 operator in the Middle East.

The largest aircraft in the E-Jet E2 family, the E195-E2, has been designed for better capacity utilization and efficiency on low-density routes. E195-E2 for SalamAir will be delivered in a comfortable dual-class configuration with 135 seats, starting in Q4 2023. The deal will be a huge step forward in Salam Air’s growth plans. With the recent addition of its fleet portfolio, SalamAir fleets will reflect the diversity of market needs by having a capacity ranging from 212 seats in the Airbus 321neo, 180 seats in the Airbus 320neo and 135 seats of the Embraer 195-E2, which will include 3 Luban Class seats.

Captain Mohamed Ahmed, CEO of SalamAir, said, “The aircraft will grow to be a core part of our fleet portfolio. It is exhilarating for us to be the first airline in the Middle East to fly the incredible E195-E2. Embraer’s aircraft represents the best environmental efficiency, operating performance, and passenger comfort. The aircraft’s sophisticated aerodynamics, novel wing design and new technologies enable its exceptional energy efficiency. These aircraft are perfect for the next frontier of our growth. They will allow the airline to open new local and regional cities and increase its frequency to these destinations due to its fuel efficiency and capacity, which suits the needs of these markets. The new fleet will be used on domestic flights initially, including the 4 oil fields and 4 international airports within Oman, as we receive more aircraft, we will be able to use them on regional airports in neighbouring countries which today are not connected to Oman.

Arjan Meijer, President and CEO Embraer Commercial Aviation, added, “It’s great to be growing in the Middle East, a region that has often focused on long-haul travel. For Embraer it is also important to see a pioneering low-cost carrier like SalamAir recognize the value that E-Jets deliver in the LCC scenario, complementing larger narrowbodies to grow and maintain networks.”

SalamAir’s induction of Embraer’s E195-E2 will complement its Airbus fleet of six A320neo and four A321neo.

SalamAir meets the nation's growing demand for affordable travel options and aims to generate further employment and business creation opportunities in various sectors in Oman. In a short span, SalamAir has grown in its operations and expanded its reach across the region, serving customers across a cross-section of society.