It’s come to this. The Australian Energy Markets Commission has produced a draft decision[1] that will make households and small business with solar panels pay to inject their surplus production into the grid.

It suggests an annual charge of about A$100[2] per solar-connected household.

The arrangement will only apply to small producers — almost all of whom are solar-enabled households. It won’t apply to large producers who will continue to export to the shared grid without charge.

The Victoria Energy Policy Centre’s analysis of 7,212 household electricity bills finds the typical Victorian household with solar panels exports about 2,200[3] kilowatt hours per year. This is about the amount of electricity an electric vehicle needs to cover about 12,000 kilometres, which is about the average annual mileage in Australia.

On the basis of feed-in rates that will soon apply in Victoria, we estimate that the typical solar system will provide the typical Victorian household with feed-in income of around $120 per year.

The proposed export charge of $100 will therefore almost totally offset the feed-in income, meaning households with rooftop solar would effectively get nothing for the surplus power they deliver to the grid.

Net income from solar would fall to near-zero

However the proposed annual fee of $100 from the 2.7 million households with solar panels will raise $270m per year.

When the ABC[4] and others[5] reported the decision, it drew irate responses.

The Commission argues that small consumers should pay to use the grid whether they are injecting electricity into it or withdrawing electricity from it, and that if charges only applied to withdrawals then those customers that injected would be subsidised by those that withdrew. 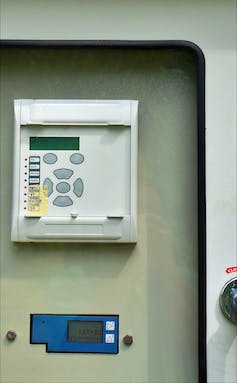 At first sight, it seems reasonable. On closer inspection, it isn’t.

This is because the households that inject electricity also withdraw electricity and injections are typically much smaller than withdrawals and do not meaningfully increase network costs.

Residential connections are usually limited to at least 40 amps which, at 250 volts, allows a flow at the rate of 10 kilowatts.

Only a tiny number of rooftop solar systems produce this much – the median system is less than half that size.

This means networks can easily accommodate residential injections without incurring significant expenditure apart from a few adjustments such as balancing the voltage across phases of a circuit or adjusting transformers.

The costs imposed by solar households are small

This is seldom more than routine work and it shows up as small claims approved by the regulator as “distributed energy integration”.

For Powercor, the Victorian distributor that has the highest rooftop solar penetration, the regulator and Powercor has agreed distributed energy integration expenditure for the next five years that will add just 0.1%[6] to its allowed revenues.

The proposed injection charge seems to reflect the Commission’s view that injectors should pay for sunk as well as incurred costs. Standard welfare economics treats sunk costs like it treats taxes. It says the best way to recover them is to raise them from the activities that the tax will change the least[7].

Read more: 20 years on, the national electricity market is on the way out, and it's OK[8]

Households have little choice but to withdraw electricity from the grid (when the sun’s not shining or their battery is running low - if they have one), but they can easily choose not to install solar.

Since the Commission’s proposal will reduce typical injection income to almost zero, it is very likely to slow the uptake of solar. 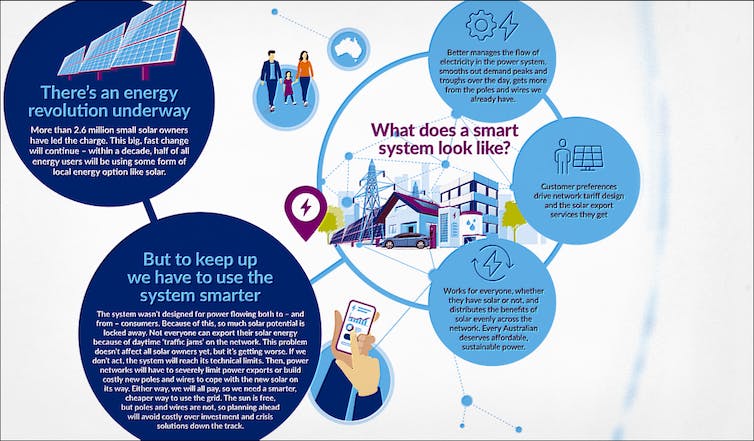 How the Australian Energy Market Commission describes its proposal.[9] This will destroy welfare. Distributed solar provides benefits for all consumers since it is close to where it is needed (and so reduces the need for transmission) and it displaces more expensive fossil fuel generation and so reduces wholesale prices. The 2.7 million households that already solar have another reason to be upset. It will reduce the return on the investments that governments encouraged them to make. The Commission might feel that the consumer backlash is not its problem: it has done its job in recommending an economically sensible charge. But it is wrong: it has proposed a distortionary and welfare-destroying “sun tax[10]”. The states are likely to block it The Commission reports to the states and Commonwealth. There must surely be little chance the states will accept the recommendation. If they do, to avoid confronting an administrative behemoth, they are likely to water down the recommendation to the point where all that is left is more pointless bureaucracy. But even this relatively benign outcome would be a mistake. It would undermine consumers’ and investors’ already fragile confidence in national energy policy. Read more: Electricity is now a jigsaw. Coal is unable to provide the missing pieces[11] In a previous article[12] I argued that the states should take back control of electricity from organisations such as the Australian Energy Markets Commission. Victoria and then New South Wales passed laws last year to begin to do that and are rapidly developing their own arrangements[13]. The proposed sun tax is likely to encourage the states to pull away yet further.