Australia and the United States have been waving through takeovers because the targets are small, something that’s usually good practice.

Under Australian[1] law takeovers are normally permitted unless they would

Under US law they are normally permitted unless their effect

may be substantially to lessen competition, or to tend to create a monopoly

It means the key question authorities in both countries ask before approving a takeover is whether it is big enough to take out a substantial competitor.

While in most industries that’s usually the right question, it’s the wrong question when it comes to digital platforms, as Facebook’s readily-approved takeovers of Instagram and WhatsApp is making clear.

Now, well after the events, the US Federal Trade Commission in cooperation with the attorneys of 46 states is suing Facebook[4], alleging it has been illegally maintaining its social networking monopoly through a years-long course of anticompetitive conduct.

Identified as part of Facebook’s strategy are its 2012 acquisition of Instagram and its 2014 acquisition of WhatsApp. The Commission says the conduct

harms competition, leaves consumers with few choices for personal social networking and deprives advertisers of the benefits of competition

It is seeking a permanent injunction that could, among other things, require Facebook to divest assets including Instagram and WhatsApp and require it to give notice and seek prior approval for future acquisitions.

No longer as small

Why didn’t the Commission act earlier?

It’s because at the times of the acquisitions it was impossible for it to know whether Instagram or WhatsApp would ever have been in any position to offer Facebook much competition.

A 2019 independent review[5] of merger decisions by the UK Office of Fair Trade confirms this, noting that back in 2012 Facebook faced much stronger competitors in photo-sharing than Instagram and that photo apps weren’t attractive to advertisers.

The authorities would have found it hard to convince a court that taking over Instagram would have substantially lessened competition.

Yet it did, hugely, and not because Instagram was necessarily the best target.

Platforms such as Facebook and Google gain their market power from so-called “network effects” and the accumulation of consumer data.

A network effect is the benefit a network gets from having people already on it. A network that your friends aren’t on isn’t particularly attractive.

And the more people that join, the more data the network amasses to target ads for advertisers.

Looked at through the lens of network effects, the key to the successes of Instagram and WhatsApp was that they were bought by Facebook. It gave them access to a vast network of existing users and their data.

The importance of this is illustrated by the WhatsApp takeover. 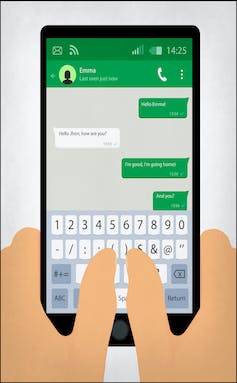 In Europe the authorities allowed the takeover only after Facebook informed them that it would be “unable to establish reliable automated matching between Facebook users’ accounts and WhatsApp users’ accounts[7]”.

Unfortunately this statement was incorrect, and the European Commission believes Facebook knew it at the time.

In 2017 after the WhatsApp and Facebook data was indeed linked, the Commission fined Facebook €110 million[8] for providing incorrect or misleading information

The problem wasn’t that Facebook acquired WhatsApp in particular.

It was that once it had acquired it (or any such platform), it was able to ensure it had access to the network and data needed to dominate its part of the market.

In other words, a Facebook acquisition of any proven start-up in any related field would have been likely to substantially lessen competition and should have been illegal.

Courts and regulators are missing what matters

This truth requires a change of mindset by both competition authorities and the courts. Both deal with the specifics of the target rather than the potential for the acquirer to supercharge the target and prevent any rival emerging to challenge it.

It means that to protect competition, dominant digital platforms should be prevented from acquiring any business in certain markets, even if there is plenty of competition in those markets and there’s nothing special about the targets.

Put bluntly, in some markets, whoever Facebook acquires will smother competition and the only way to stop that happening is to stop Facebook acquiring anyone.

Read more: Facebook is tilting the political playing field more than ever, and it's no accident[9]

This needn’t mean a blanket ban on dominant platforms acquiring firms, but it will mean the range of firms they can acquire will be severely wound back.

Of course, there’s nothing to stop them developing their own platforms in adjacent areas, although history has shown that even dominant platforms have a hard time developing, rather than buying, the necessary technology.

Proposed changes the wrong ones

It also means Australia’s Competition and Consumer Commission is missing the mark in its drive to expand the reasons it can use for rejecting mergers.

The final report of its digital platforms inquiry[11] asks for the power to reject mergers because of the likelihood that the acquisition would result in the removal of a potential competitor and the nature and significance of assets acquired.

The requests focus on the target rather than what the acquirer can do for it. What needs to be made clear is that a merger can be anticompetitive even if the target is not uniquely placed, either in terms of its ability to grow or its assets. In the digital world an acquirer can substantially lessen competition simply by transforming the market it buys into. The target needn’t be the point.