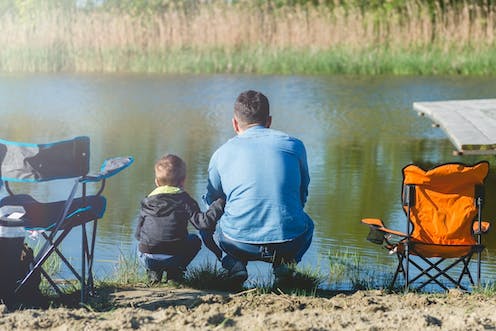 The impact of Coalition tax and welfare changes on sole parent families can mainly be attributed to the various tweaks in the rules for Family Tax Benefit A since 2014, and the Single Income Family Supplement becoming unavailable to new families from 2017. Other measures that affected these families were the removal of the Family Tax Benefit B indexation, and a reduction (after inflation is taken into account) in the childcare rebate.

The families we have chosen for our analysis are typical of those we might see in our community. We have also assumed they earn the national average income if they work. Our calculations adjust living costs to 2017 levels so that the incomes are comparable.

It’s clear from our analysis that governments have used taxes and welfare spending to entice voters. Increases in welfare are common just before an election and cuts after governments are elected.

Our analysis also shows Coalition governments tend to be much more fiscally conservative in their tax and welfare policies than Labor governments. This is interesting given the Labor leader Bill Shorten’s pledge for budget repair, while the Turnbull government looks set to cut personal income taxes (although this is just before an election).

What we see from the results of our modelling is that the Labor party increased welfare payments to families in the two budgets before the election in September 2013. All family types benefited from these changes, although retirees benefited the most in terms of the percent increase compared to their average income.

These changes consisted of an increase in the income limit before Youth Allowance payments start to reduce (2011 budget) and the Household Assistance Package. Also included was the start of the Clean Energy (Carbon Tax) Compensation Payment and an increase in the tax free threshold from A$6,000 to A$18,200 in 2012. The clean energy compensation package had a large effect on the retiree benefits.

In the 2014 and 2015 budgets, the Coalition government cut spending, arguing it had inherited a high spending regime from the Labor party. This meant welfare cuts saw many families worse off.

Interestingly, while most average earning families were worse off after the 2014 budget, retirees were still better off. This was due to the indexation for pensions being greater than inflation, and supplements paid to pensioners, including the clean energy supplement.

The 2014 budget had some of the largest cuts to welfare payments[3]. These included various changes to Family Tax Benefit A and B, imposing a temporary budget repair levy and introducing a Medicare levy increase from 1.5% to 2%.

In 2016 sole parent families were the losers in tax and welfare changes due to cessation of the Large Family Supplement; and the abolition of the Income Support Bonus and the Schoolkids Bonus. This budget was leading up to the election in July 2016.

Then last year’s budget showed lower welfare for families, with sole parents and retirees being worse off. For retirees, we found the impact of a slow pension rate increase and the non-indexed energy supplement means their living standards are stagnating.

Based on this historical data, and the fact that 2019 is an election year, we might expect to see welfare to families increased. We have already heard that there may be tax cuts in this budget[4].

One thing the Coalition might want to consider is how the different families are affected by any change in the tax and welfare system. We need to get a fairer allocation toward more vulnerable families.