One hundred years ago officials from nations representing about four-fifths of the world’s population met in Brussels hoping to reset the global economic order, and promote prosperity and peace, after a disastrous world war and pandemic.

The International Financial Conference convened by the new League of Nations and held in Brussels from 24 September to 8 October 1920 was not quite “a gathering unique in the history of the world”[1] as some publicity material claimed. There had been international finance conferences before – four, in fact, between 1867 and 1892, which mainly discussed the operation of the gold standard[2].

But the 1920 conference was by far the most representative, as delegates attended from 39 countries. What they achieved, or failed to achieve, might be judged by the outbreak of the Great Depression within a decade, and another world war within two decades. It’s a lesson for policy makers now about the folly of seeking to recreate an old order, rather than building something fit for the times. 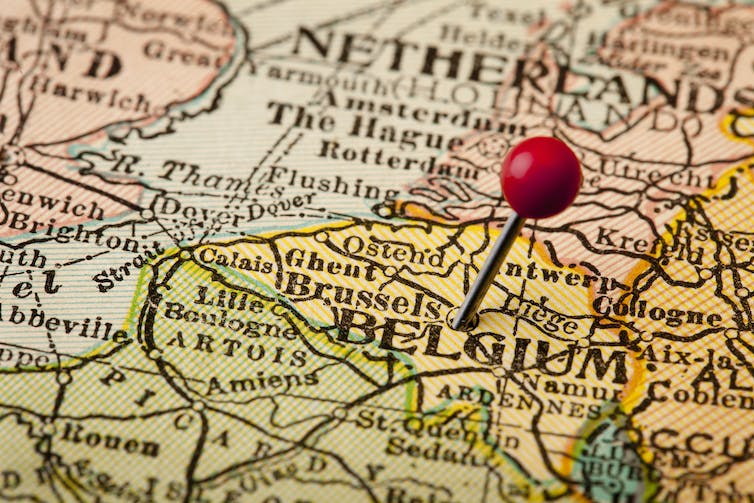 Shutterstock Who went to Brussels? The Brussels conference was in a sense the equivalent of the better known Bretton Woods conference[4] of 1944, which agreed on the framework for the global economic order following World War II. Memoranda were prepared for the delegates by five eminent economists: Gijsbert Bruins[5] from the Netherlands; Gustav Cassel[6] from Sweden; Charles Gide[7] from France; Maffeo Panetaleoni[8] from Italy; and Arthur Pigou[9] from England. It is a pity none of them participated in person. It might have made for a much livelier debate. Gide was from the left, Cassell and Pigou were then liberals, Bruins more conservative while Panetaleoni became aligned with Italy’s fascists. As it was, the conference’s delegates held surprisingly homogeneous views. 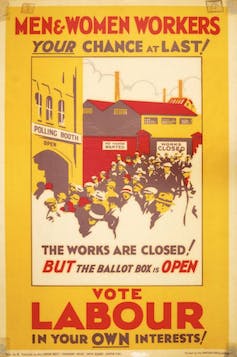 British Labour Party poster, 1920. Britain’s first Labour government was formed in 1924. flashbak.com[10] Governments had been asked to send experts “conversant with public finance and banking” rather than politicians. There were no women. Nor were there radicals or trade unionists. The labour parties in Britain and New Zealand had yet to win government while the Australian Labor Party was in opposition. Soviet Russia sent no delegates. Progressive tax policies such as wealth taxes were quickly dismissed. The British delegation typified the establishment figures sent. It included Robert Chalmers, former head of the UK Treasury; Brien Cokayne (1st Baron Cullen of Ashbourne), the former governor of the Bank of England; and Henry Bell, the general manager of Lloyds Bank. European powers accounted for two-thirds of the nations represented, they generally sent larger delegations and the proceedings were in English and French. Unsurprisingly, Europeans then dominated the discussion. The economics of nostalgia The upside to the similar world view of most participants was that it probably helped the conference reach a consensus. The downside was that this consensus reflected much of the conventional wisdom of the time. The delegates were wedded to the fiscal orthodoxies of 19th century “Gladstonian liberalism[11]”, which stressed keeping budgets balanced and taxes low. Implicitly, the delegates paid little regard to the economic rivalries or pressures that had contributed to World War I. Nor did they pay much attention to the significant changes the conflict wrought. The general aspiration was to revert to pre-war arrangements. The correspondent for the New Statesman [12] (a leading leftist magazine) described the discussion of fiscal policy as producing “a number of platitudes which might have been warmly cheered by a gathering of young politicians in the middle of the nineteenth century”. 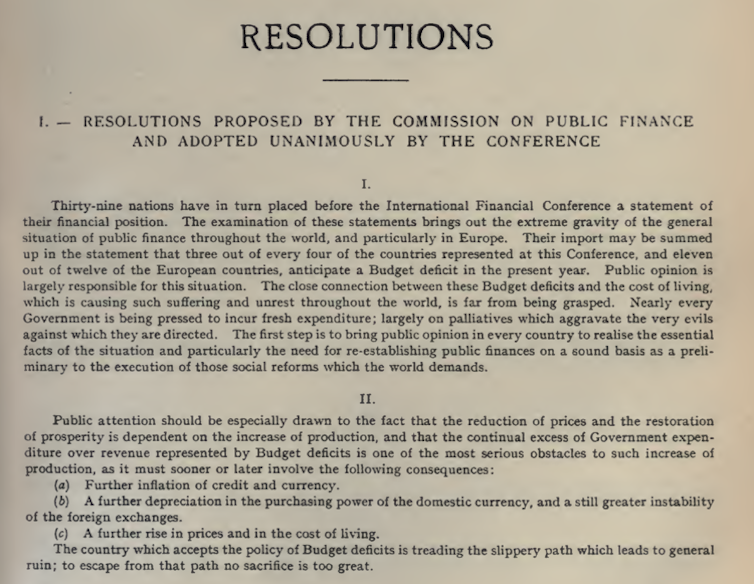 Resolutions of the Brussels International Financial Conference, 1920. www.primeeconomics.org, CC BY-ND[13][14] As well as stressing the importance of balanced budgets, the delegates agreed on national currencies returning to the gold standard (which many countries had abandoned during the war). As Cokayne put it: If we are to secure that stability of prices which is so essential to the healthy development of trade, we must endeavour gradually to readjust our internal purchasing power so as to bring down our prices to gold prices. On monetary policy, the priority was to reduce inflation. This partly reflected concerns about the distortions inflation causes to economic activity. It also reflected the desire to return to pre-war exchange rates (ignoring the advice of Cassel, whose memorandum warned against this). This was one the few areas where there was enthusiasm for doing things differently. Delegates endorsed independent central banks with the power to resist government pressure to fund extra government spending through printing money. It would be many decades, though, before most governments recognised the value of independent central banks. With the Great War’s adversaries slow to return to their pre-war trade, the conference also called for trade barriers to be dismantled. There was some progress on this during the 1920s until the Great Depression, which saw many nations revert to tit-for-tat tariffs. What did Brussels sprout? The conference recommended governments cut spending to balance budgets. The transcripts[15] of proceedings reveal no shortage of platitudes and calls for austerity. Gerard Vissering, chairman of the Netherlands’ central bank, for example, warned against “the superfluous consumption of dainties, waste of petrol for pleasure drives and excessive illumination of shops”. Chalmers declared: “We must all work hard, live hard and save hard.” Read more: Lessons of economic history: Nixon, Obama and the politics of austerity[16] More than a decade before his ideas challenged the orthodoxy[17] of government austerity during economic downturns, English economist John Maynard Keynes was among those who gave the conference little regard. It “did absolutely no harm whatever”, he wrote to a friend in October 1920. But in retrospect, knowing how the continuation of economic orthodoxies would contribute to more crises, feeding totalitarianism and war, we can see how much harm flowed from wasted opportunities. Read more: 'Guaranteed to lose money': welcome to the bizarro world of negative interest rates[18] Some may see a parallel with today. We live in a period when wage growth has been low for years, with interest rates at record lows and many prices falling. Yet it has taken the coronavirus recession for some to reconsider the shibboleths of fiscal rectitude. Let us hope policy makers today are more imaginative than those a century ago, with their eyes fixed on the future rather than recreating the past.