“This is not a bluff,” Scott Evans[1], the chief executive of Mosaic Brands, has said of his threat to permanently close 300 to 500 stores in Australia unless landlords reduce rents.

Mosiac’s network of about 1,300 apparel stores includes Katies, Noni B, Rivers, Rockmans, Millers and Crossroads. With stores shuttered temporarily due to COVID-19 restrictions, it posted a A$170.5 million loss[2] in the year to June.

It and other retailers such as Premier Investments[3] (owner of Just Jeans, Portmans and Jacqui E brands) have reportedly[4] been paying lower or no rent to landlords, on the basis their rents should reflect revenue and landlords should share the pain.

The retail rental market in Australia is not paused because of the pandemic. It is fundamentally changed for the future.

A history of growth, conflict and negotiation

Though the coronavirus crisis has brought things to a boil, tensions between shopping centre tenants and landlords have simmered for more than 40 years.

Behind Mosaic’s standoff with Scentre are the underlying power dynamics between tenants and landlords. Mutually dependent on one another, they have always fought over the spoils of shopping centre profits. With the COVID-19 crisis, strained relationships are starting to break down.

Australia’s first American-style shopping centre opened in 1957[7], in the Brisbane suburb of Chermside. It had space for one department store, one supermarket, 24 specialty stores and parking for 650 cars. 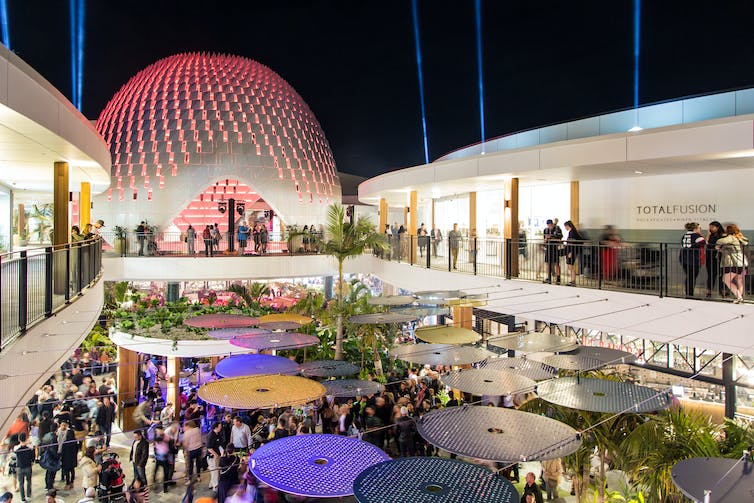 As the rise of the private motor car reshaped cities and suburbs, shoppers embraced[8] the convenience and comforts and comforts of the mall.

By the late 1970s they were the dominant shopping experience, outstripping many established “high streets”. They became social as well as commercial hubs[9].

They were also protected by planning legislation intended to constrain sprawling development, but which also created geographic monopolies by blocking competition nearby.

This all produced highly sought after and valuable retail space.

Naturally owners were keen to increase their profits by expanding these spaces[11] to attract even more shoppers.

But as centres got bigger and more and more specialty retailers signed leases, complaints began to emerge about exploitation and steep rent hikes. By the early 1980s tenants’ complaints had become an issue for both sides of politics.

Intense lobbying led to government inquiries around the country, which found sufficient evidence to recommend industry self-regulation and then retail tenancy legislation[12].

But the fundamental power dynamics remain. Landlords still have the most convenient and attractive locations for stores. They have control over entire retail environments, and even collect the sales data of their tenants. Their bargaining position in leasing negotiations is invariably very strong. 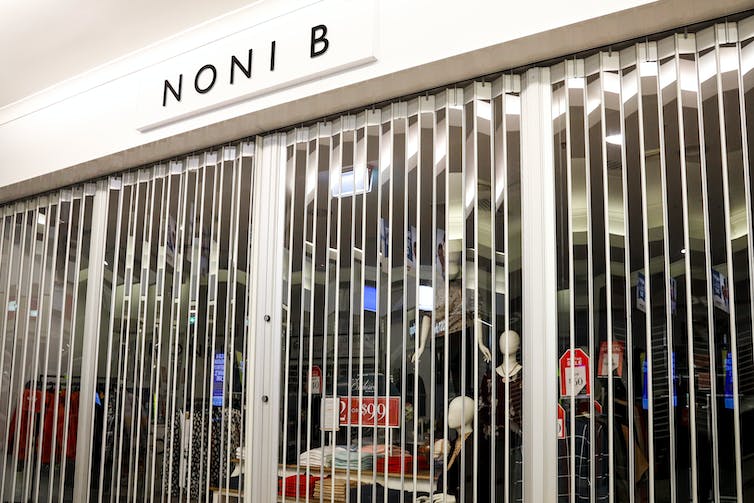 A Noni B store in Brisbane on August 25 2020. Shutterstock

In 2008 a Productivity Commission inquiry[13] noted:

Well-managed shopping centres can unify a large and divergent group of tenants and help centre trade. In return, tenants in centres generally pay higher rents and outgoing expenses than similar tenants in a shopping strip and forego some independence in operating their business.

It has often been a mutually advantageous relationship, but there has always been a contest between tenants and landlords over how they share both benefits and costs.

The retailers’ argument is rent should be based on the value of the customer traffic the shopping centre delivers to their stores, and those customers have evaporated with COVID-19. As analyst Bill Mooney put it[14]:

With a lease agreement there’s an expectation of a certain amount of customers coming through into the shopping mall and if that nexus is broken, then yes, the landlord can insist on his rights, but which retailer is going to continue to pay rent and go broke?

No one will come out of this a winner. The fight to minimise losses will be bitter. The first casualties will be the most vulnerable: the smallest tenants, with the least bargaining power, in the most precarious financial situations. This echoes the broader pattern of the pandemic’s impact.

For landlords there are longer-term questions. Will the current standoff push retailers towards a permanently smaller physical footprint and greater investment in online shopfronts? Has it created even more uncertainty about retail’s future? How deeply has trust been eroded?

Whatever happens, when there is any sort of return to normal, both sides will enter fresh leasing negotiations with an acrid taste from what is rapidly becoming their most vitriolic fight to date.

This article has been co-published with The Lighthouse[16], Macquarie University’s multimedia news platform.