Creative destruction “is the essential fact about capitalism”, wrote the great Austrian economist Joseph Schumpeter in 1942[1]. New technologies and processes continuously revolutionise the economic structure from within, “incessantly destroying the old one, incessantly creating a new one”.

Over the past three centuries there have been five great “waves” of economic disruption and clustering. The first was driven by harnessing water power, the second by steam power, the third by coal and electricity, the fourth by oil and gas, and the fifth by digital transformation.

We are now at the start of the sixth great wave, driven by renewable energy combined with electromobility and smart-city technology. 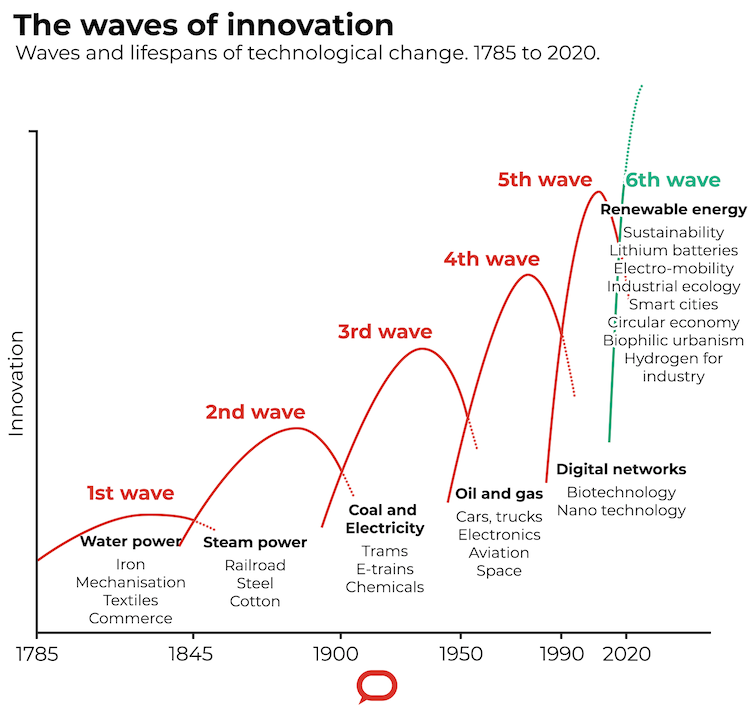 Though 2020 will be a difficult year for the entire economy, these technology trends are faring much better than the old-energy sector. Over the longer run the COVID-19 economic disruption should accelerate the wave.

In renewable energy, solar photovoltaics and onshore wind are now the most economic new form of electricity generation for at least two-thirds of the global population, according to energy research provider BloombergNEF[3].

In Australia, the latest analysis of electricity generation costs by the Australian Energy Market Operator and CSIRO[4] shows solar photovoltaics and wind are already cheaper than coal and gas. Solar PV costs are also predicted to fall sharply over the next decade, reducing its generation costs from about A$50 a megawatt hour to A$30 by 2030.

The following graph for renewable energy and coal consumption in the United States shows the acceleration towards renewables is well underway. 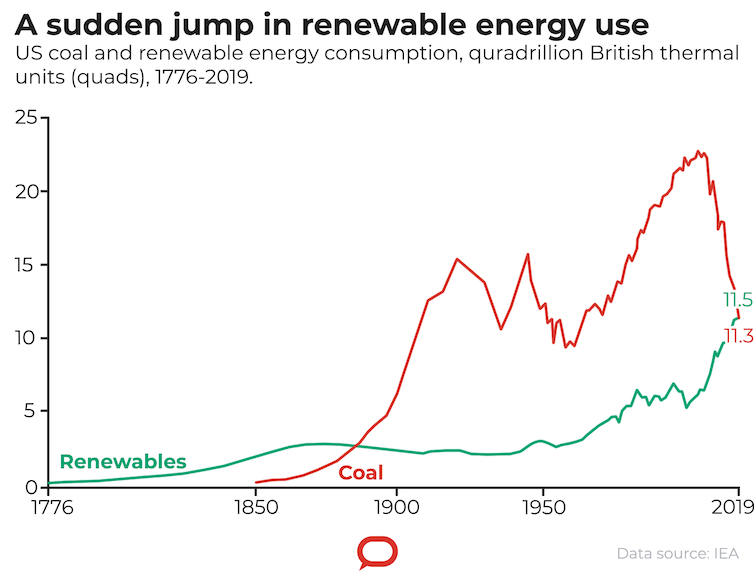 Statistics published last week by the US Energy Information Administration[6] show in 2019 coal production fell to its lowest level since 1978. In 2020 coal production is projected to fall to 1960s levels.

Across all member nations of the Organisation for Economic Cooperation and Development (including Australia), the International Energy Agency’s latest monthly statistics[7] show coal production in April was down 32% on April 2019. Electricity generation from all non-renwables was down 12%. But generation from renewables was up 3%.

Leading the charge is Europe, where sales of electric vehicles actually increased 7.5% in the first quarter[10] of 2020, bucking the global downturn for electric cars and the industry overall.

The only major car maker to increase sales was Tesla[11], selling 88,496 cars. Its second-quarter sales of 90,650 cars was just 5% down on a year ago, compared to falls of about 25% for other makers. Tesla’s booming share price saw it overtake Toyota in May to become the world’s most valuable car maker[12]. 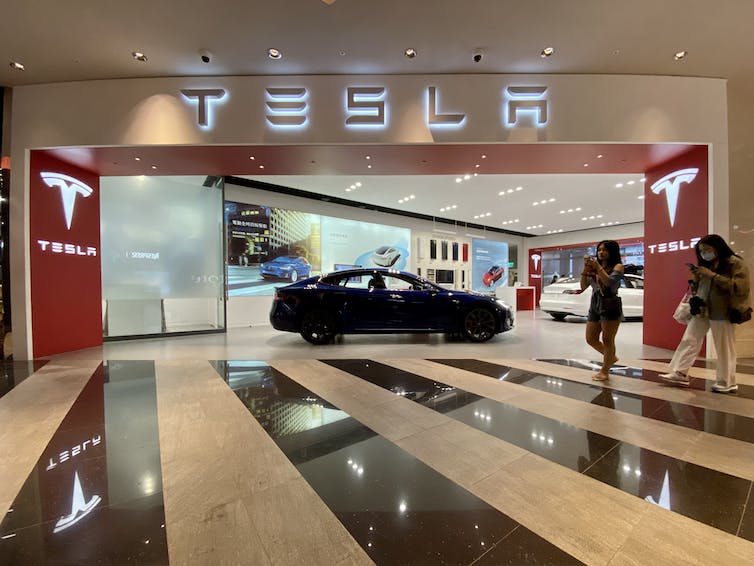 Smart-city technology involves using sensors, machine learning, artificial intelligence, block-chain and the “internet of things” to improve infrastructure efficiency. They have been growing in use for transport, energy and housing.

Road sensors can help traffic managers coordinate traffic signals to cut congestion[13] or to guide fast electric buses and trackless trams through traffic[14]. Apps help us navigate through cities, and to know precisely when buses or trains are due.

In energy grids, smart technology can be used to balance electricity supply and demand, and to create low-cost and localised electricity markets[15].

In housing, smart systems can improve all aspects of a home’s energy and environmental performance.

Curtin University has partnered with Western Australia’s land development agency to integrate these technologies into the East Village housing project[16] in Fremantle. It will use blockchain technology to leverage photovoltiacs, batteries, electric vehicles and water heating in a micro-grid supplying 100% renewable power[17] to a community of 36 homes. This cluster of innovations are modular, so developers can experiment and then scale up.

The economic and cultural benefits of renewable energy generation, electromobility and smart-city technologies are clear. They will led to a cleaner, greener economy with many more new jobs[18].

Read more: 45,000 renewables jobs are Australia’s for the taking – but how many will go to coal workers?[19]

Together I estimate they have the potential to reduce the use of fossil fuel by 80% in a decade.

Eliminating the last 20% – gas and coal used in industrial processes such as steel production and mineral processing, and fossil fuels used for long-haul road, sea and air transport – will be harder.

But hydrogen made with renewable energy can potentially replace fossil fuels in all these applications, though developing and commercialising the technology and needed infrastructure will likely take a decade or more. 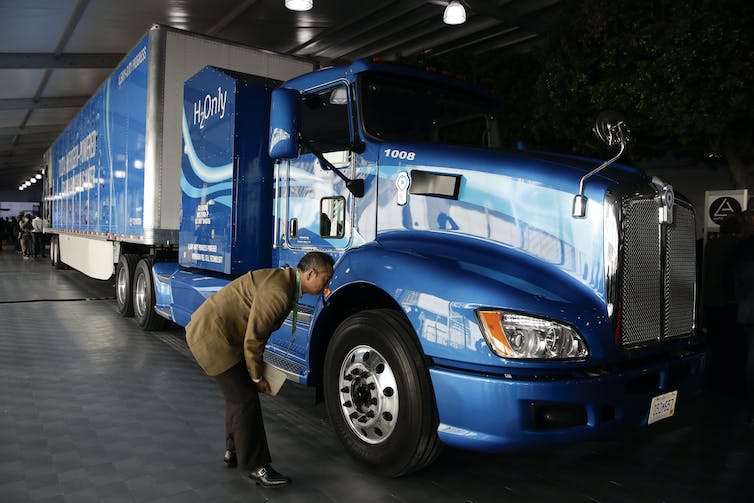 Australia is already a global leader in uptake of solar generation and battery storage. We are also doing well in smart city technologies. But we have been slow in electromobility, and we will need to invest more in hydrogen research, development and deployment.

The only thing that will put the brake on these technologies becoming the core of the new economy sooner rather than later are backward-looking government policies that seek to prop up an obsolete fossil-fuel economy.