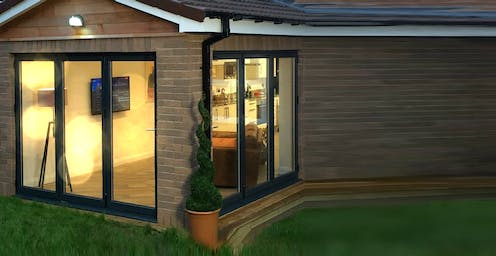 The scheme is limited to owner-occupiers with reported incomes below $125,000 for singles and $200,000 for couples.

Giveaways to home buyers are wildly popular[2]. And who wouldn’t want their house renovated on the public dime? The trouble is it’s bad economics.

Take the new grants for home owners wanting to renovate.

To be eligible, they have to sign[3] a contract with a builder by the end of the year.

Read more: Why the focus of stimulus plans has to be construction that puts social housing first[4]

The plans need to be drawn up, finance approved, and any building and development approvals secured.

Which means that anyone who signs a contract with a builder today was already planning to renovate.

And chances are that many who sign contracts over the coming months have already planned to renovate.

The new grants will also encourage the in-demand tradies to raise their prices.

They’ll add up to a lot of spending for few jobs saved.

Not many more homes

The grants for buying new homes are more likely to support construction jobs. They will encouraging buyers to bring forward purchases.

It’s why in 2008, in response to the global financial crisis, the Rudd government tripled[5] the first home buyer grant to $21,000 for new homes.

There’s no doubt the coronavirus crisis has hit construction hard: in the past three months almost 7%[6] of the industry’s workforce have lost their jobs.

But most industry forecasters expect[7] at least 110,000 homes to be built (and sold) in Australia anyway next fiscal year.

That’s a lot of homes that will have to be funded first before HomeBuilder funds the construction of any extra homes.

Read more: Government to give $25,000 grants to people building or renovating homes[8]

And stiff competition among prospective buyers of homes selling below the $750,000 price cap will force up the prices[9] of those homes.

That’s a big win for developers selling house-and-land packages on the urban fringe.

Perhaps the best that can be said for the scheme is that it probably won’t cost much.

The grants are uncapped, but the government expects it to cost about $688 million for roughly 27,000 grants. And since many of those homes would have been built anyway the scheme won’t support many construction jobs either.

It’d be better to fund the states to build new social housing or refurbish existing homes, as the Rudd government did[10] during the global financial crisis.

Many have forgotten about that scheme because it attracted so little controversy, unlike other[11] of Rudd stimulus programs.

Public residential construction approvals spiked[12] within months of the announcement, and more than half of the homes built went to tenants at risk or already homeless.

Building 30,000 new social housing units today would cost between $10 billion an $15 billion[13]. it would support the building industry, and as important, would help many of the 116,000 Australians who are homeless on any given night.

It might not make for good retail politics, but it would help people who need it. And it would be good economics.