Labor’s Rudd-era National Rental Affordability Scheme[1] (NRAS) has come under attack just when it might be needed.

The Abbott government stopped funding new deals under the scheme in 2014, but existing arrangements continued and will run for some time.

Labor promised to reintroduce a version of it during the 2019 election campaign. The Coalition is being pressured to do the same[2].

But the Grattan Institute has condemned the scheme as a A$1 billion windfall[3] to developers that failed to benefit most in need of rental assistance.

Read more: Rudd's rental affordability scheme was a $1 billion gift to developers. Abbott was right to axe it[4]

We must learn from past mistakes, says institute researchers Brendan Coates and Jessie Horder-Geraghty. They are right, but nor should we throw the baby out with the bathwater.

There may have been problems with the NRAS, but the idea behind it – a scheme to leverage private sector investment – remains one of three key policy legs on which a strategy to address rental affordability rests

The NRAS was introduced in 2008. It paid an annual subsidy of about $11,000 for 10 years to an owner of a newly built dwelling if they rented out the property at a 20% discount to the market rate. Eligibility to rent and live in such properties depended on earning below certain income thresholds ($51,398 for one adult, for example).

It was inspired by the much vaunted Low Income Housing Tax Credit[5] in the United States. The idea was that by bridging the gap between the investor’s expected market return and what they could make from an “affordable” rent, the scheme could harness private capital to benefit low and moderate income households.

The Rudd government paid this “return gap” subsidy in the form of an annual grant, on the basis it was more transparent, accountable and efficient than a tax credit or tax break.

Coates and Horder-Geraghty reckon the NRAS failed on all three objectives. The scheme’s eligibility requirements, they say, were too loose, and most properties were still too expensive for low-income households even with the discount. They see no evidence it encouraged new housing. 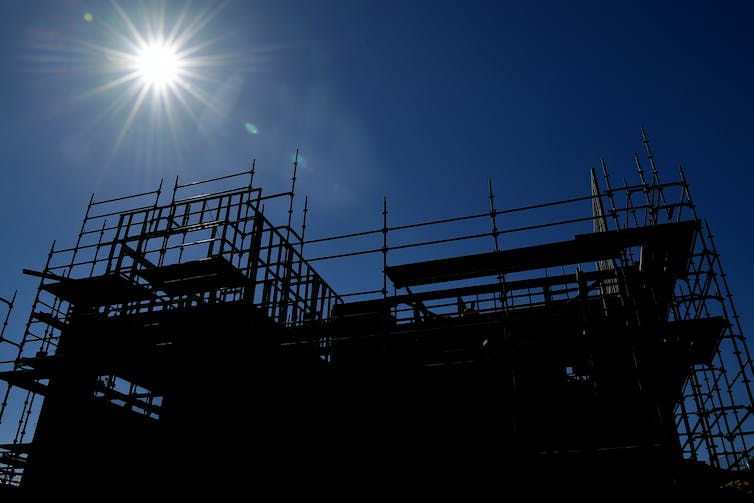 The major outcome, they calculate, was a A$1 billion windfall to developers – because the average annual subsidy paid ($11,000) was much more than the rent discount (about $4,000) owners had to give.

The Grattan Institute’s analysis makes it seem pretty conclusive that no such scheme should be part of the policy architecture for affordable housing in the future.

But things a bit more complicated than that.

The tortoise and hare dilemma

It’s a fact any government effort to encourage the private sector to provide affordable housing will, in the long run, be more expensive than a government directly investing in building, owning and operating housing itself, or doing so through the not-for-profit sector.

Private landlords expect a return on their investment – a profit, in other words. In a scheme like the NRAS it’s the government that’s effectively paying that profit. If the government provides housing itself, it saves itself that cost.

Direct government investment would require spending up to $500,000 per dwelling. Leveraging private capital can supply the same dwelling for one year at a fraction of the capital cost to the government – $11,000 per dwelling in the case of NRAS.If the federal government had spent the $3 billion it paid out through the NRAS on instead building its own affordable housing, it might have been able to provide about 6,000 affordable dwellings for rent.

With the NRAS it instead provided rent relief to about 35,000 households[6] for 10 years.

There’s a tortoise and hare dilemma to this policy choice; should the government have a much bigger impact on the affordable housing problem in the short term, or slowly build up its own stock of social and affordable housing to ultimately help more people in the long term?

Few aspects of government housing policy are simple. For example, Coates and Horder-Geraghty recommend increasing Commonwealth Rent Assistance for stressed households. But without action to also boost supply, this will most likely push up rents.

The crisis in housing affordability is now so monumentally large that the full troika of policy measures is required: income support, direct government investment and private sector leveraging.

Something like NRAS needs to be part of the mix. But it will require tweaking.

The bridging subsidy for private investors needs to be set at just the right level to attract super funds and other institutional investors, just as it has in the US.

Australia has some peculiar challenges in this respect because of the tax treatment of housing investment.

Yields from private rental housing are quite low compared to the returns typically sought by institutional investors. In part, this is because the sector is largely a cottage industry, dominated by “mum and dad” landlords.

Read more: 'Build to rent' could be the missing piece of the affordable housing puzzle[8]

They are primarily driven by the prospect of capital gains, which are tax advantaged. The availability of negative gearing also means investors are not always motivated to maximise yield.

Institutional investors, however, are concerned with yield (net rental income). By and large the NRAS subsidy was not enough for them to participate. They were also deterred by the risks of managing large-scale residential portfolios.

These issues would need to be tackled in a future version of NRAS, but they are not insurmountable.