As strange as it might sound, whistleblowers in Australia have reason to rejoice – so long as they are in the private sector.

Thanks to new laws[1] that came into effect this month, private-sector whistleblowers have a range of new protections. This includes, in certain prescribed circumstances, the prospect of being compensated if they experience adverse outcomes after taking their concerns to the the media.

The timing is ironic, given last month Australia’s federal police launched raids on journalists and media outlets who received and published disclosures from public-sector whistleblowers[2]. If identified and prosecuted, those whistleblowers could face lengthy prison sentences.

Read more: Why the raids on Australian media present a clear threat to democracy[3]

In fact, private-sector whistleblowers now have, for the first time, greater protection than their public-sector counterparts.

What the new laws do

The catalyst for the new laws was a parliamentary inquiry into whistleblower protection established in November 2016. The inquiry’s final report[4], published in September 2017, made a total of 35 recommendations. Though 19 were rejected by the federal government, the outcome is still a vast improvement on the previous provisions.

For the first time, federal legislation now defines, in broad terms, the following.

Who qualifies as a whistleblower. The list of those protected for making disclosures goes beyond company officers and employees. It includes suppliers, employees of suppliers, and relatives and dependants of officers, employees and suppliers.

What is a disclosable matter. Whistleblower protection isn’t just for disclosing illegal conduct. It also covers “misconduct” or an “improper state of affairs” (not including concerns about personal work-related grievances).

What constitutes detriment. Detrimental outcomes for whistleblowing are not constrained to dismissal or demotion. They include discrimination, harassment or intimidation, harm or injury (including psychological), and damage to property, financial position or reputation.

Read more: The secret's in: how technology is making public interest disclosures even harder[5]

Above all, the legislation empowers the courts to order payment of compensation to whistleblowers who experience detriment. To avoid any liability, organisations must demonstrate they have taken steps to protect whistleblowers.

The prevailing view is that whistleblowing is a sure path to career suicide. The stories that loom large in the public consciousness are those of whistleblowers who, despite acting in the best interests of the organisations that employ them, are ostracised and abandoned.

Whistleblowing, to be sure, is an arduous undertaking that will always take some type of toll. But this prevailing narrative of significant adverse consequences is misleading.

I say this for two reasons.

The first is personal. In 2004, I was one of the whistleblowers[6] in a major governance failure at the National Australia Bank. It led to four colleagues being jailed and senior executives resigning. Despite this, I went on to spend a further 12 years at the bank. The bank endorsed a book I subsequently wrote about the origins of ethical failure. Chairman Ken Henry even wrote the foreword. 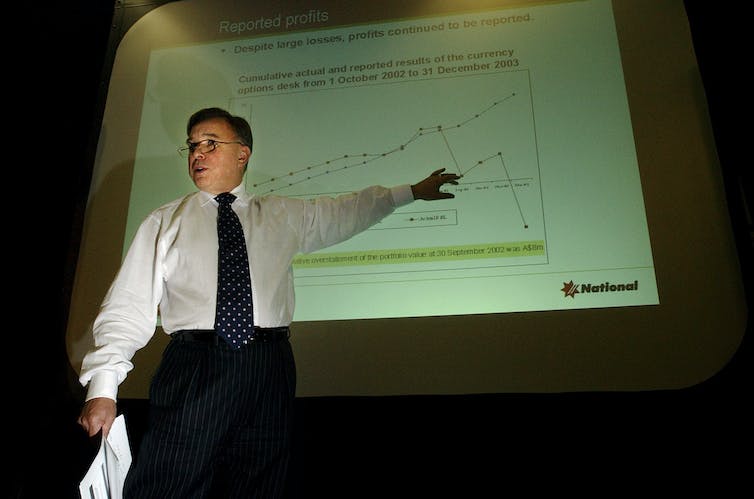 The second, more importantly, is the evidence. The world-leading Whistling While They Work Research Project[7] at Griffith University surveyed close to 18,000 people working in public and private sector organisations across Australia and New Zealand. Of the 4,382 respondents who reported wrongdoing in their organisations, 21% said they were treated well by both management and colleagues, compared to less than 13% who said they were treated badly.

There is no denying whistleblowers sometimes pay a significant price, but these results show positive outcomes are possible.

The new whistleblowing laws aim to increase those positive outcomes and provide avenues for compensation when whistleblowers aren’t treated well.

The challenge for organisations now is making this happen.

A first step is to put in place a whistleblower policy. The legislation requires that all publicly listed and large proprietary companies have one. Among other things, the policy must detail:

As important as formal whistleblowing policies and programs are, however, they are not sufficient. Any “tick-the-box” compliance approach will inevitably fail to promote positive outcomes for whistleblowers without an ethical culture.

Organisations must work hard to create environments that support those who raise concerns, and where leaders listen and take action. This will reduce potential liabilities for organisations and help shift the prevailing narrative surrounding whistleblowing.

We are now in a new era for private sector whistleblowers. Of course, the true litmus test will be when the laws are tested in the courts. But my hope is not just that the courts richly (and deservedly) compensate whistleblowers who suffer detriment. I hope the legislation is a catalyst for organisations to create environments that support whistleblowers, recognising the tremendous value they bring to any workplace.