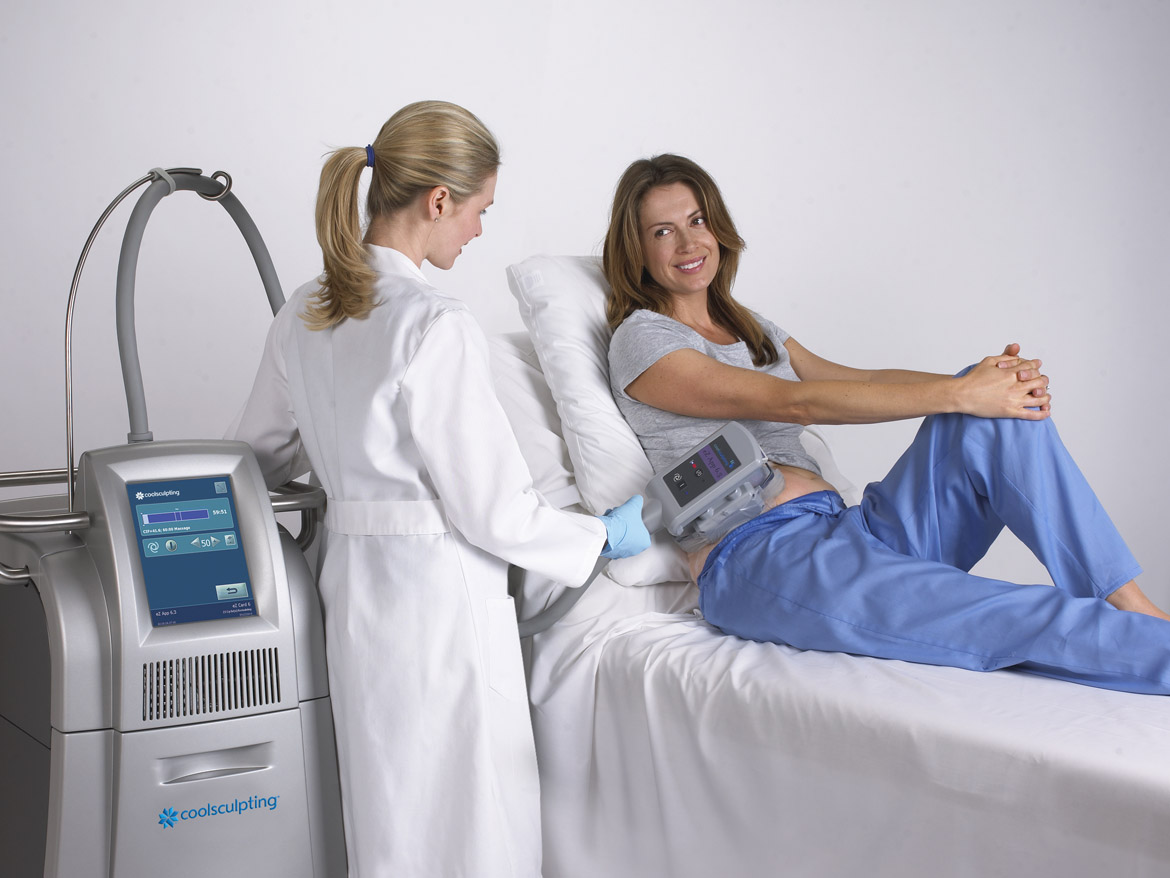 Summer is almost approaching, which means it's time to start considering swimsuit season, despite the fact that the days are still milder in some parts of the country, and the visitors haven't yet come. Try something different this spring instead of eating lunch picking greens and spending your evenings at the gym. CoolSculpting targets diet- and exercise-resistant fat on particularly challenging-to-lose regions, such the hips and handles, using cutting-edge fat freezing technology.

Cryolipolysis, often known as CoolSculpting, is a non-invasive body reshaping technique. A tool is used by plastic surgeons to freeze fat cells beneath the skin. The liver progressively breaks down the fat cells after they are destroyed, allowing the body to expel them.

How CoolSculpting is done

Your skin will be covered with a gel pad and an applicator during the CoolSculpting procedure. The targeted area will thereafter receive controlled cooling from the device. When the treatment first begins, you can experience brief numbness. Depending on the area(s) you had treated, some CoolSculpting sessions may take longer than 40 minutes.

You can notice a significant decrease in the amount of fat in the treated area when the procedure is finished. Results typically start to become apparent in approximately 30 days, with your maximal response becoming apparent in three months. The effects last as long as you keep your weight stable.

CoolSculpting is usually regarded as a safer and less invasive type of slimming surgery than conventional procedures, such as liposuction, even though research is still restricted.

Most people only experience a pulling sensation when their skin is sandwiched between the device's two cooling pads during this process.

The majority of patients don't require any recovery time and may resume their regular activities right away because the process doesn't entail any cutting, tissue manipulation, or anaesthetic.

The method usually only has minimal, localised adverse effects that are restricted to the treatment area. After the operation, the majority of mild side effects will fade or disappear within a few days to a few weeks. Following are a few of the immediate negative effects of CoolSculpting:

CoolSculpting has been proven to be a successful method for reducing fat in troublesome locations. Additionally, it is a non-invasive process. That entails no surgery, no anaesthetic, and no need for needles. Without harming the skin or the nearby tissue, the CoolSculpting technique uses controlled chilling to target and freeze fat cells. There is no downtime during the procedure, which can last as little as 45 minutes.

Your body can no longer create new fat cells as an adult. Your bust, however, can change in size based on your weight and eating habits. One percent of fat cells can be permanently destroyed using CoolSculpting, which also reduces the overall amount of fat in the treated area.

CoolSculpting can boost your self-confidence. You'll look and feel better about yourself after treatment. You are free to flaunt your body and wear whatever you want to wear.

You know why you shouldn't put off getting a body slimming treatment now that you know how the CoolSculpting technique operates. You can prepare for getting the body you've always wanted this summer by conducting fat freezing now.

To learn more about CoolSculpting and if the treatment is suitable for you, contact a trusted Gold Coast skin clinic.