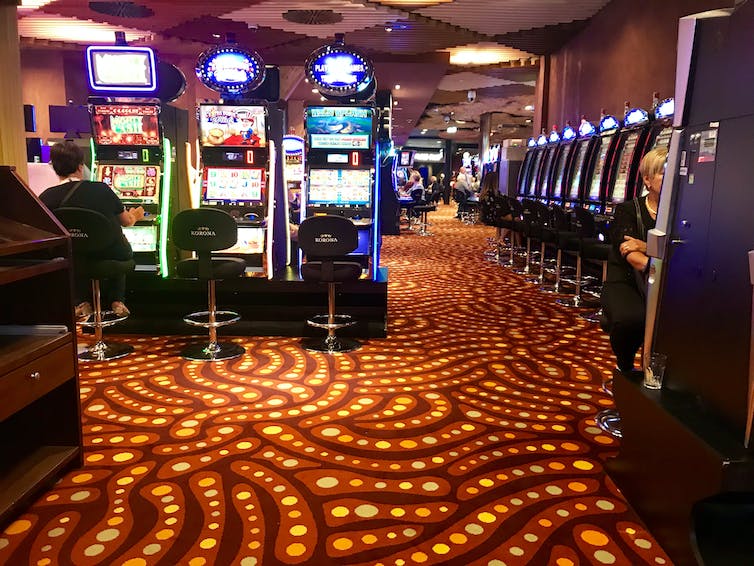 Crown Resorts’ striking new A$2 billion casino on Sydney’s Barangaroo Point opens its doors to gamblers for the first time this week. But only if they are “VIPs”.

Its licence to operate remains conditional, after being found unfit to run a casino by the inquiry headed by former Supreme Court judge Patrica Bergin.

Victorian and Western Australian inquiries into Crown’s Melbourne and Perth casinos reached the same conclusion. Agreements have been made, directors have resigned[1], major shareholder James Packer has divested, and US private equity player Blackstone Group has taken over[2].

But will this be enough to stop the major reason Victoria’s inquiry found Crown had engaged in illegal, dishonest, unethical and exploitative[3] practices; its complicity in money-laundering potentially worth billions of dollars?

This is not unique. The NSW inquiry into rival casino Star Sydney has also heard allegations of billions of dollars being funnelled through the casino[4] in contravention of anti-money-laundering rules.

If Crown’s experience is anything to go by, being found unfit to hold a casino licence[5] is still not enough for governments to revoke a licence.

This fact appears to be an implicit acceptance that illegality comes with legal casinos. Which is true. Gambling, whether illegal or legitimate, will always attract criminals.

When casinos were illegal they were a lucrative revenue stream for those prepared to take the risk.

A 1974 study of Sydney’s dozen or so illegal casinos estimated they made annual profits of about A$15 million[6] – equivalent to A$130 million now – even after paying out about A$1.4 million (about A$12 million now) in bribes to police and politicians.

Licensing and regulating casinos was meant to free the industry from criminal associations and protect public institutions from corruption.

But as the revelations of the four casino inquiries in the past two years show, legal casinos remain plagued by associations with crime and criminals because of their value – knowingly or not – as sites for laundering money.

Significant proceeds from crime, be it drug trafficking or fraud, have to be “washed” before criminals can spend it.

Why? Because law-abiding citizens are expected to declare their income, and pay tax on it. Any individual with no obvious income source but lots of assets will attract attention.

Making “dirty money” appear as if it comes from a clean source is a massive global industry. The United Nations’ Office on Drugs and Crime estimates up to US$4.2 trillion (A$6 trillion) is laundered globally each year – 2-5%[8] of global GDP.

In Australia the value of local crime proceeds laundered each year is estimated to be more than A$13 billion[9], plus billions more in foreign crime proceeds.

Australia has “become one of the world’s most attractive destinations[10] for money launderers”, according to financial crime expert Nathan Lynch, author of The Lucky Laundry[11] (HarperCollins, 2022).

How to launder dirty money

There are a variety of ways to launder money. One is to own a legitimate business, such as a car wash, and declare the dirty money as revenue.

Another is to buy real estate using obfuscatory legal mechanisms. Federal agencies estimate tens of billions[12] of dollars are laundered through Australia’s property market each year.

But the easiest is through gambling.

In 2018, an estimated A$25 billion[13] flowed through Australia’s gambling industry – one of the highest amounts per capita in the world. Of this, almost A$5 billion[14] was spent in casinos.

Laundering money in a casino is surprisingly simple. Walk in with a bag of “dirty” cash. Convert it into chips. Play for a while – win a bit, lose a bit – then cash out.

Now all that dirty money you walked in with is clean. If anyone asks, say you won it – and who’s to say different?

Regulations are not enough

Australia has some of the toughest anti-money-laundering regulations in the world – and those rules are getting tougher.

Since 2020, any transaction greater than A$10,000, and the recipient’s identity, must be recorded and reported to Australia’s anti-money-laundering agency, AUSTRAC.

But this has only narrowed the ability to launder vast sums at a time. With every change, criminals respond.

Even poker machines in the local pub or club can be used to launder money.

The NSW Crime Commission is currently inquiring[15] into the nature and extent of money laundering through the state’s poker machines.

Of chief concern is the lack of transparency. Tickets from poker machines are anonymous if less than $5,000 is claimed. Anyone can place up to $4,999 of “dirty cash” into these pokies, place one $5 bet, then redeem the rest as “clean winnings”.

Cash in, cash out: even poker machines can be used for money-laundering. Shutterstock

What can be done?

In her damning report, Commissioner Bergin raised the possibility of a statewide scheme to combat money laundering through mandatory use of a “gambling card[18]” that would enable the tracking of cash through a casino.

She made the point that casinos were already free[19] to introduce their own mechanisms “of a similar kind for their own patrons”.

NSW appears to have cooled on the idea[20], in yet another sign that Australian governments aren’t serious enough about tackling the collateral damage associated with gambling.

Until things change, the implicit message will remain that if you want to launder dodgy money, head to your most convenient gambling venue.

Read more: Responsible gambling – a bright shining lie Crown Resorts and others can no longer hide behind[21]