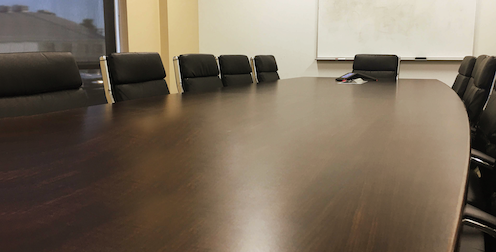 Which leaves Treasurer Josh Frydenberg scrambling to find a replacement[3].

Do you have what it takes to be Australia’s number two central banker?

Whoever Treasurer Frydenberg picks will be in prime position to slide into the number one job when Governor Philip Lowe’s term ends in September 2023.

Traditionally the keys to the vault in a basement on Sydney’s Martin Place have been held tightly by insiders - a long apprenticeship toiling on the upper floors of the Martin Place headquarters has been the main prerequisite.

But if the process was more open, what would a formal job interview entail?

So you can try your monetary mettle at home, here’s what a formal interview might look like, complete with suggested answers so you can test yourself.

1. Under what circumstances would you hike the cash rate by 0.50 percentage points?

Hiking 0.50 percentage points for the first time in decades would be “courageous[4]”. 0.50 is double the usual 0.25, but it might be necessary. Certainly a case could have been made for it when inflation was spiralling out of control during the mining boom ahead of the global financial crisis.

So when would be the right time? When inflation was running at 4%? At 5%?

While there is no single correct answer, the answer you give is an opportunity to demonstrate your inflation-fighting credentials.

2. What, in your opinion, was the biggest monetary policy mistake in the inflation-targeting era?

Crafting policy in real time is always fraught with difficulty, and mistakes are inevitable. But it is only by recognising our mistakes we can make fewer.

While the Reserve Bank has an enviable record in comparison to most other central banks, it is not a perfect one.

While the undershooting of inflation from 2016-2021 was perhaps the biggest policy error, the high inflation that occurred in the lead up to the global financial crisis was another.

3. If you had to choose between lowering the inflation target band to 1-2% or lifting it to 3-4% which would you choose?

The answer should be obvious. One of the biggest lessons from the past decade of macroeconomics has been that inflation targets have been set too low in most OECD economies, so low that interest rates have had to be set close to zero to get real interest rates (rates minus inflation) down.

While there are good reasons to be cautious about changing the inflation target, if forced to choose between increasing or decreasing it, there is only one correct answer.

4. If you were trapped on a desert island and could only pick one data series to guide your decisions what would it be?

It would be hard to walk past inflation, given its prominence in the RBA charter[5] (though a good answer would choose the trimmed-mean[6] over the headline rate).

If asked for a second data series, the answer should focus on the second part of the mandate and be a measure of real activity such as the unemployment rate, although that isn’t that useful without a firm idea of what the floor under unemployment should be. Alernatively a more crisis-minded candidate might choose a fast-moving financial variable (such as spreads on bank debt) so they could quickly respond to sudden shocks.

5. Suppose a board member starts leaking and backgrounding against the consensus position. What would you do?

An improbable scenario, but certainly possible. It would be a nightmare of a scenario with no clear-cut answers - especially if you didn’t know which board member was leaking.

Perhaps you could go to the treasurer and ask for a completely new slate of board members, even with the terrible look that would send to the country.

Or perhaps there’s a case for radically transparency where board members can vent their feelings (if not the bank’s confidential data). It’s not such a bad answer.

The treasurer is expected to announce the successful candidate before the government goes into election caretaker mode in April.