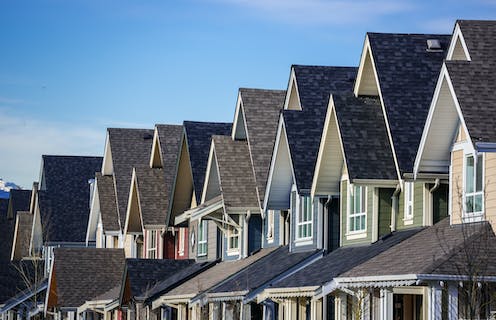 To paraphrase former prime minister Paul Keating, walk into any pet shop in the country[1] and you’ll find the resident galah saying we should swap stamp duty for a land value tax.

Just about every economic think tank in the land thinks it’s about the best value tax change there is, among them the Grattan Institute[2], Per Capita[3], the Australia Institute[4], and the Centre for Independent Studies[5] as well as a swag of academics[6], the Treasury in its work on the draft white paper for tax reform[7] and the Henry Tax Review[8].

Among the benefits of what I will call SD4LVT are said to be greater ease in upsizing and downsizing, a more mobile population (less reluctant to buy and sell houses) and a more reliable source of revenue for state governments.

Read more: Abolish stamp duty. The ACT shows the rest of us how to tax property[9]

One state, the Australian Capital Territory, has already begun a 20-year[10] phase out of stamp duty and a 20-year build up of land tax.

But beneath the near universal enthusiasm for SD4LVT are layers of bad economics.

It is extremely frustrating to me that the leading minds in Australian policy have put their heads together and decided that the best reform they can think of is to replace a good tax on property with another good one that would be even less popular.

The more thoughtful among them don’t even bother to claim that SD4LVT will make housing more affordable, yet still put it forward as the “holy grail” of tax reform.

It is bad economics because of four key points its proponents miss or overlook.

Stamp duty comes out of what the buyer is prepared to pay. This means that if you remove it, all other things equal, prices will rise by exactly the amount of the duty removed.

If you replace the stamp duty revenue with revenue from land value taxes, the effects on price are less clear. The change could push them up (enriching sellers) or it could push them down.

Imagine an example economy with:

Whether the market price of homes rises or falls depends on whether buyers think the cost to them of A$1,250 per year is lower or higher than the A$25,000 upfront stamp duty they avoided. If they thought it was about the same, SD4LVT wouldn’t much affect prices.

Read more: Killing off stamp duty: a good policy that no politician supports[11]

But what if turnover was half that, say 2.5%, which in this example would be where one house was sold every two years? In that case, the total stamp duty to be replaced would be A$12,500, which would be only A$625 per house in land tax.

If that happened nationally it would mean a transfer of almost A$200 billion to existing owners.

Whether or not that did happen would depend on the turnover and buyer’s views about the future value of money. In short, the price effects of a SD4LVT are ambiguous.

While it is said that stamp duties deter Australians from changing addresses and switching jobs, there is little evidence that they are not changing enough.

Most people who relocate for work don’t buy and sell homes in order to do it[12].

They rent first, becoming both a renter and a landlord for a while, perhaps selling their first home later, but not quickly.

Read more: Why older Australians don't downsize and the limits to what the government can do about it[13]

When they do sell, often for a healthy profit, stamp duty ensures they pocket less than would have, grabbing back some of what might otherwise be an untaxed capital gain.

Lower housing turnover from stamp duties mainly falls on the nearly half of sales involving investors who buy speculatively to capitalise on short bursts of capital growth before selling, in the process fuelling the boom and bust price cycle.

To me, anything that slows down real estate turnover and captures capital gains seems like a good idea.

It is claimed that stamp duty revenues are much more volatile than other taxes. During a boom, they climb more than proportionally to prices since they also depend on turnover. During a bust, they fall more quickly than prices.

If I was to think in the abstract about what sort of taxes are good for the economy, I would say it is those that are pro-cyclical, meaning they automatically increase takings during a boom, and wind them back during a bust.

On this measure, stamp duty is a good tax for stabilising the economy, something important given how much our economic cycles are tied to housing markets.

The land value tax that SD4LVT proponents would replace stamp duty with would make the tax system as a whole less stabilising.

The problem with the graph is that modelling used to prepare it (computational general equilibrium modelling) can’t directly account for transaction taxes because it doesn’t model transactions.

Instead of using a better tool for the job, the modellers assume that stamp duties increase cost of housing to all buyers and renters. It’s this assumption that drives a conclusion they describe as merely “illustrative[14]”.

Stamp duties don’t push up the cost of housing. The claim that they impede household mobility is overblown. They do reduce asset churn, and as a result they help maintain price stability.

Their “revenue instability” is actually a huge positive for the economy as a whole. And the modelling that has underpinned the talk of high economy-wide costs is as good as made up.

Our best policy wonks continue to push our politicians to use up the precious capital to swap one very good property tax for another, for no obvious economic gain.

Authors: Cameron Murray, Lecturer in Economics, The University of Queensland