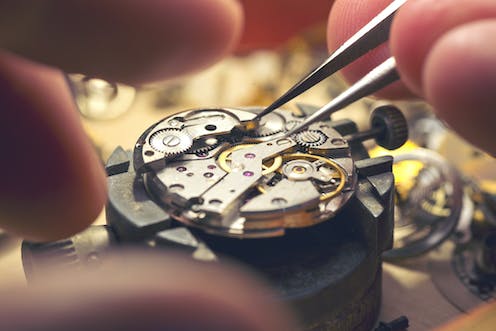 One of the key themes in politics this year has been that the political system isn’t delivering. In the economy, we are told we need big “reform”, like in the days when Keating floated the dollar, Hawke slashed tariffs and Howard taxed goods and services.

They were big, bold economic changes, so the story goes.

Business Council chief Jennifer Westacott[1] is the latest[2] of many[3] to make the call.

We have become complacent, she said. “The longer we wait to regain our enthusiasm for reform, the fewer options we have left on the table.”

It has become the consensus at repeated[4] conferences[5]. While we need fresh rounds of reform, the days when our leaders simply got things done are behind us.

Yet not nearly enough time is spent considering the reasons why those reforms were successful, and what constituted success.

It’s easy to bemoan that big reforms are not being repeated. There are things history teaches us about the nature of policy change. One is that big changes are aberrations.

Another is that change happens all the time, less perceptibly, over increments.

As commentators Jessica Irvine[7] and Ross Gittins[8] each pointed out in recent columns, many of those who lament the lack of reform have barrows to push, often because of their own vested interests.

Nevertheless, there are good arguments for reform, and frustration that it seems to have been replaced by theatre, such as a debate over whether the goods and services tax should be applied to tampons, something Professor Miranda Stewart of the ANU and Melbourne University described as a “great example of how the big picture gets lost in a fight about narrow issues of marginal benefit[9]”.

Yet only big reforms seem real

For a long time, the way political scientists, historians and public policymakers conceptualised change was to focus on big change.

Think of revolutions, the fall of regimes, the introduction of entirely new systems. These “critical junctures” were the examples we used to understand what constituted change.

But more recently there has emerged a growing body of thought that suggests incremental change can have similarly transformative effects.

Incremental change can take the form of new rules that are layered on top of existing systems, of policy being applied differently by different administrations, of the piecemeal displacement of existing rules, and of experiments.

Most reforms start with tinkering

Liberal backbencher Trevor Evans has been talking up experiments, small ones.

Read more: Speaking with: Andrew Leigh on why we need more randomised trials in policy and law[11]

Labor frontbencher Andrew Leigh has written a book about the virtues of small scale experiments to determine what works entitled Randomistas[12].

Former Treasury and Reserve Bank head Bernie Fraser said last month that when faced with bad policies or programs that governments were unwilling to change the best course was usually “to hammer away at what are seen as the flaws and damaging consequences of particular approaches and hope that over time desirable changes will come[13]”.

The transformative power of hammering away means we need to pay close attention to small changes and their implications for fairness and efficiency. Over time they might grow into big ones.

Medicare and the National Disability Insurance Scheme took years of campaigning, of building coalitions of support, of working out and re-working the detail. With Medicare, it involved reintroducing a system that had been abolished[14].

The Hayne Royal Commission is considering the removal of all commission-based fees in financial services.

This is after two major investigations into financial services, the one that led to the Future of Financial Advice Act[16] in 2012 and the Financial Services Inquiry[17] in 2014, opened the door while permitting commission-based sales to continue in some parts of the industry.

Consider some of the big economic policies introduced in Australia in the last 30 years, such as the introduction of the goods and services tax in 1999 or compulsory superannuation in 1992.

Both took years of unsuccessful attempts to introduce them, by both sides of politics.

Read more: How changes noted in the 1992-93 cabinet papers affect our super today[19]

My own as yet unpublished research into the history of compulsory superannuation found it has roots that extend back much further than its introduction in 1992.

Labor’s shift to accepting the principles of a government-run compulsory scheme under Whitlam in the early 1970s made it easier for the party to pursue a shift to a union and private enterprise based scheme from the late 1970s onwards.

The structure of these tax arrangements has had implications for the fairness of the scheme and who it rewards.

They are examples of the sometimes-profound effect of incremental changes.