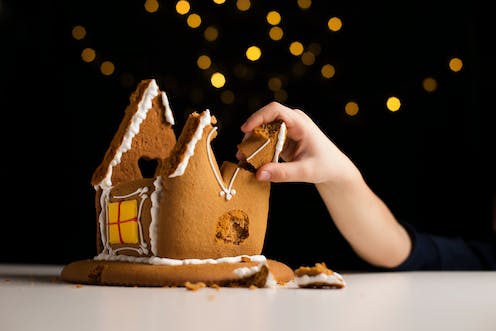 The case of Eman Sharobeem, the NSW Australian of the Year finalist who stole almost $800,000[1] from charitable organisations she ran, highlights major problems with transparency throughout the nonprofit sector.

Sharobeem managed two organisations that received funds to help immigrant women. She stole the money over more than 10 years, using it to buy items such as jewellery and a Mercedes.

That she was got away with it for so long is indicative of the nonprofit sector’s general lack of accountability. The overwhelming majority of organisations make no public financial disclosures. Generally the only ones that do are those required to by law.

Only nonprofit groups registered as charities have to lodge information with the sector’s regulator, the Australian Charities and Not-for-Profit Commission (ACNC). The degree of information depends on their annual revenue. Only charities earning more than A$1 million a year[2] must submit audited financial statements.

The commission is now considering increasing this threshold to A$5 million[3].

My research suggests this will make publicly available financial disclosures extremely rare. This means donors, volunteers, employees and taxpayers will have even less assurance that charity dollars are being spent efficiently on their intended cause.

Australia’s nonprofit sector numbers about 600,000 organisations. Despite the sector’s scale and social importance, we don’t know much about it. Most information is limited to the 56,000 registered charities[5] that have to submit a basic Annual Information Statement[6] to the charities regulator to be tax-deductible[7].

Read more: Celebrity charities just compete with all other charities – so why start one?[8]

These charities receive more than A$140 billion[9] in annual revenue as well as 328 million[10] unpaid hours from almost 3 million volunteers.

My research[11] on financial disclosures looked at 342 nonprofit organisations. They covered four areas: social services, culture and recreation, education and research, and environment.

This suggests most nonprofit organisations are unlikely to make financial disclosures if not required to do so.

Among those making financial disclosures, there is no consistency in approach taken. This was particularly glaring among social services organisations, which made up 34 of the 52 organisations in my study earning more than A$1 million a year.

This graph shows the best and and worst disclosure scores within the four sub-sectors.

The score indicates the extent of voluntary financial disclosures above and beyond what is required by law. These include the amount of grants received, total donation revenue, program expenses, administration expenses, management expenses and the value of volunteer contributions.

Each organisation received a score of one for each voluntary disclosure within its published financial statement.

The lack of consistency illustrates the failure of the charity regulator’s reporting requirements to create a level playing field. For example, religious charities of any size do not have to answer financial questions or submit financial reports.

Most crucially, there is no obligation under the existing reporting standard for any organisation to specifically disclose what it spends on its core social mission.

So while most of the 52 organisations provided elaborate narratives about their social mission, few disclosed the actual amount of money spent on their mission.

As a result, it’s hard for donors to assess how many cents in the dollar go to the cause they want to support.

These limited, inconsistent and vague disclosures are an impediment to the nonprofit sector. It is difficult to assess if an organisation is deploying its resources consistent with its mission.

Charitable nonprofit organisations are eligible for many tax benefits[12] and government subsidies. These benefits should oblige them to put their financial records in the public domain.

What needs to be done

Rather than making financial disclosure even rarer, the Australian Charities and Not-for-Profit Commission should make three key regulatory changes.

First, there needs to be a reporting system where all nonprofit organisations have to make minimal financial disclosures of funds received and spent. This should be irrespective of their size or status.

Second, there needs to be a standardised approach to disclosures, so anyone can know what an organisation spends, and how much goes to its core social mission rather than other costs such as fundraising. This would enable the performance of organisations with similar missions to be compared.

Third, the nonprofit regulator needs to create a platform to make all financial disclosures easily accessible to the public.

These reforms are crucial for people to have confidence in the nonprofit sector and the organisations to which they donate.