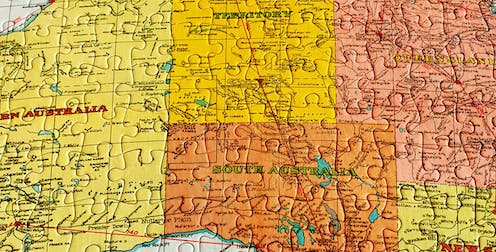 On Friday November 12, after a wait of a fortnight[1], the government released a 100-page summary of the modelling and analysis behind its claim that an emissions target of net-zero by 2050 would leave the economy no worse off.

The report details both formal in-house modelling using a large global economic model and a relatively informal but detailed assessment of employment outcomes prepared by the consultancy McKinsey & Company.

Department of Industry, Science, Energy and Resources[2] In “no Australian action[3]” Australia as good as ignores the major green technological advances in the rest of the world (including those in hydrogen) and is penalised for not targeting net-zero via measures including carbon tariffs and a reluctance of financiers to advance money to Australian projects. The modelling compares “no Australian action” with a number of alternative “action” scenarios, of which “the plan[4]” is the most preferred. Included in “the plan” are the technological advances foregone in “no Australian action” and excluded are the financial penalties. Read more: Australia is about to be hit by a carbon tax whether the prime minister likes it or not, except the proceeds will go overseas[5] Under “the plan”, Australia’s gross emissions fall to between 25% and 35% of their 2005 level by 2050. As yet unknown technological advances remove a further 15%, and the rest of the path to net zero is provided by the purchase of emissions offsets, the foreign ones costing (a remarkably cheap) A$40 per tonne. Given the technological advances and freedom from penalties associated with the plan, it isn’t surprising that it produces a better economic outcome. What is surprising, given those assumptions, is that the gain in real income the modellers came up with is so small. Six months difference after 30 years The projected gain under “the plan” compared with “no Australian action” is 1.6% after 30 years, which is about six months worth of economic growth, meaning the economy would be as big in June 2050 as it would have been in December 2050. The summary says the employment outcomes produced by McKinsey are “broadly in line” with the outcomes produced by the macroeconomic modelling. What this means isn’t quite explained. It might have just turned out that way, or the government might have picked or asked for results that mirrored its own. Regardless, the summary released on Friday has little to say (except in a cursory way) about the impacts of the plan on regions, on industries other than the most emission-intensive, and on the labour market adjustments and changes to the skills and types of education that will be required. Read more: Five things you need to know about the Glasgow Climate Pact[6] As it happened, the day before the summary was released, my team at the Centre of Policy Studies at Victoria University published its own modelling[7] of the economic impact on Australia of achieving net-zero emissions with a good deal more detail about the impacts on regions and industries. We are preparing a second report on the impact on education with the Mitchell Institute for release early next year. We asked a slightly different question… My team assessed the impacts of net-zero in a slightly different way to the government, by asking what would happen to the Australian economy if the rest of the world (including Australia) moved to net-zero by 2050, comparing it to what would happen if they did not. In our modelling Australia faced no financial penalty for not pulling its weight and there was no role for as yet unknown technologies and no ability for Australia to achieve net-zero by buying permits from overseas. This made our modelling conservative, less likely to find that net-zero produced an economic benefit. …and got a similar answer We found that despite deep cuts in emissions, the Australian economy would continue to grow strongly in terms of production and employment. However after 30 years real GDP and income would be slightly lower[8] than they would have been without action. In contrast to the government’s projected gain of around 1.6% after 30 years (six months of economic growth) we found a loss of around 1%, equivalent to four to five months of economic growth. Real GDP in 2021 prices, base case and net-zero scenarios

Zero Greenhouse Gas Emissions by 2050: What it means for the Australian Economy, Industries and Regions. Centre of Policy Studies, 2021[9] What’s significant is that when we last did this work in 2014, we estimated a larger loss in GDP of 3.8%. The loss is smaller now because the task has become easier, thanks to lower than previously expected renewable generation costs and a faster than expected uptake of both light and heavy electric vehicles. On employment, we found Australia would have about the same number of jobs by 2050 under either scenario. Industries such as coal mining would suffer, although not as much as might be thought. Coal mining would continue in 2050 due to continued international demand, with production down 34% and hours worked down 37% compared to no more toward net-zero. But more detail on jobs Decarbonisation will provide an impetus to many industries, especially renewable electricity and forestry which would almost double as decarbonisation boosted tree planting in order to take advantage of bio-sequestration opportunities. This would lead to significant increases in forested land and increased sales of logs for processing and export as forest pulp. Surprisingly, we found little mention of forestry or wood processing and exports in the government’s summary. Change in hours worked by industry under net zero scenario, 2050

ANZSIC industry divisions. Centre of Policy Studies, November 11, 2021[10] Electricity would replace more than all the jobs lost in coal generation with additional jobs in renewables generation and electricity distribution and supply as more of the economy became electric-powered. Although vulnerable industries account for less than 4% of employment across the country, some regions are much more heavily dependent on them than others. Read more: How government modelling found net-zero would leave us better off[11] We identify nine of Australia’s 88 statistical area level 4 regions as vulnerable to loss of employment. They include the coal-dependent regions such as Hunter in NSW, Fitzroy in Queensland and Gippsland in Victoria. On the other hand, another 46 regions are identified as likely to gain employment. They are more highly exposed to the industries that would grow. Change in real state product by industry under net zero scenario, 2050