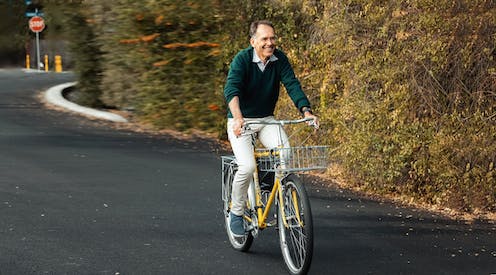 Every year Australia’s Fair Work Commission considers whether to raise the minimum wage[1]. And every year business leaders warn doing it will cost jobs[2].

This year’s Nobel Prize in economics has been awarded to US-based economist David Card[3] for his work with Alan Krueger in reversing this perception.

Before Card and Krueger “everyone knew” that imposing or increasing a minimum wage would cost jobs. Employers wouldn’t have the money to keep on as many staff.

Card and Krueger work turned that proposition into the Loch Ness Monster of economics – often discussed but never actually seen. It wasn’t just that economists weren’t looking hard enough to find it, it was that it wasn’t there.

In an influential article[4] in 1994, later expanded into a book[5], Card and Krueger examined a “natural experiment”. In 1992 the US state of New Jersey increased its minimum wage to be the highest in the US. The neighbouring state of Pennsylvania did not.

Surveying fast food workers either side of the border

Fast food outlets employ many workers on the minimum wage.

Card and Krueger surveyed around 400 outlets on either side of the state border. They wanted to see whether there was any difference in the changes in the numbers of workers employed in the cities that were near each other but differed only in what they had done to the minimum wage.

They found “no indication” that the rise in the minimum wage cost jobs.

A 2021 study[6] found support for minimum wages had spread to institutions as well-pedigreed as the International Monetary Fund[7] and the OECD[8].

It described Card and Kreuger’s paper as “central to this change in view”.

Card and Kreuger’s work has been cited in judgements of Australia’s Fair Work Commission[9].

It means their work has helped determine the incomes of low wage workers in a country half a world away, a classic example of economist John Maynard Keynes’ dictum about the impact of academic scribblers[10].

“Madmen in authority, who hear voices in the air,” Keynes wrote, “are distilling their frenzy from some academic scribbler of a few years back”.

In another study casting doubt on received wisdom, Card examined the impact of immigration on the wages and employment of locals. He found it was tiny[11].

A sad aspect of this year’s Nobel is that Card could not share it with his co-author.

Alan Kreuger arguably made an even greater contribution to economics. His work ranged from the economics of inequality and rock music[12] to terrorism[13].

Kreuger also served as chair of President Obama’s[15] Council of Economic Advisers. Tragically he took his own life in 2019. Nobels are not awarded posthumously.

Instead the prize was shared with Joshua Angrist[16] and Guido Imbens[17]. Their Nobels were for “methodological contributions to the analysis of causal relationships”.

In many cases economists can’t do controlled experiments. Governments are reluctant to boost the minimum wages of just half of the workforce so that economists can see what happens.

Instead economists create “natural experiments” using things such as the differences between cities on either side of borders. Angrist and Imbens helped establish a framework for how to conduct them.

The award of this year’s Nobel to three US-based men did little to point to diversity in economics.

A possible indicator of a future winner is that Susan Athey[19] was this month elected 2022 President of the American Economics Association.

Her research interests include the economics of the internet and news media, machine learning, big data and cryptocurrencies.

This year’s winner David Card is the current president of the American Economics Association, as have been many other previous Nobel winners.

Athey was also the first woman to win the John Bates Clark Medal[20] which is awarded to the American economist under the age of 40 judged to have made the most significant contribution to economic thought and knowledge.

Card is one of many John Bates Clark Medal winners to later win a Nobel.