The postponed Tokyo Olympics are about to start, albeit with no hugging or high-fives. More than 11,000 athletes will compete in 339 sporting events across 40+ venues. They will be bonded by the Olympic spirit of friendship, solidarity, fair play — and global logistics.

There are not just athletes from 205 different nations making their way to Japan, so too are thousands of tonnes of equipment and supplies.

Hundreds of containers packed weeks, or even months ago, are arriving at the ports of Tokyo and Yokohama. More is coming by air. All of it must be unloaded and transported, unscathed, to the right place at the right time.

What is in the container?

The containers headed to Japan are full of everyday items such as mattress toppers, sheets, blankets, pillows, pillowcases and towels, for use by athletes and officials staying at the Olympic Village, a set of 21 high-rise residential buildings in the centre of Tokyo. 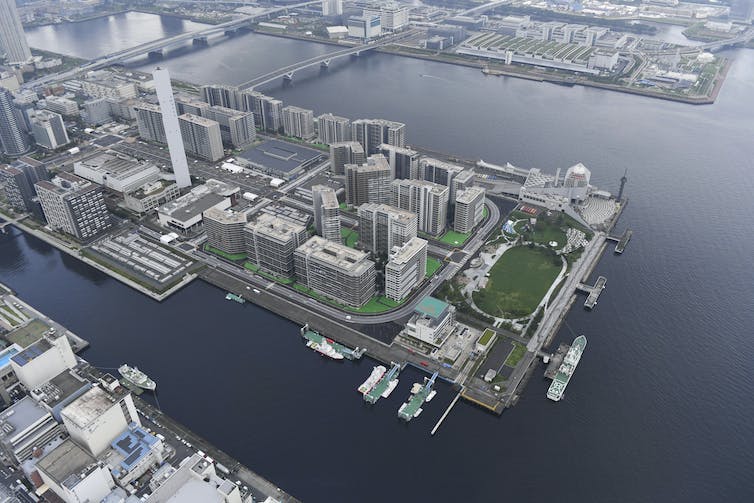 With temperatures expected to exceed 30°C, the New Zealand team[1] is bringing ice vests, slushie machines and misting fans – with transformers to ensure all equipment will work on the local power supply (100 V, not 110V/220V).

Most teams are bringing recovery drinks and snack packs, but each country has its own way. Britain’s team, for example, has 45,000 teabags and 8,000 porridge pots on its list[2]. 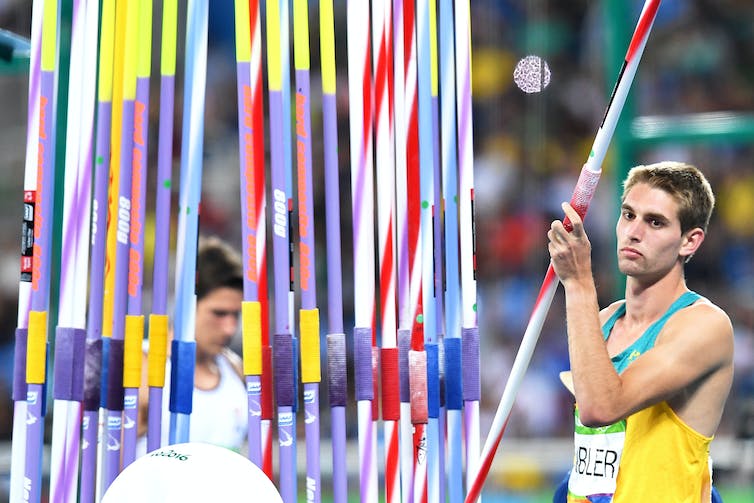 There are uniforms — shoes, shirts, shorts, jumpers, pants, jackets, socks, caps and helmets by the hundreds of thousands. The Canadian delegation[3] packed more than 31,000 pieces of clothing for Tokyo in 2020 that had to be unpacked and hung up in a Montreal warehouse before being packed again.

Packing for a pandemic

To all this a new category has been introduced for the Tokyo Olympics: COVID-related items.

More than a million disposable masks, aprons and shoe covers are being sent, along with megalitres of alcohol sprays and hand sanitisers. The Australian Olympic team’s five containers include 75,000 masks, 544 bottles of hand sanitiser and 40,000 disinfectant wipes.

Most delegations stacked pallets in containers months ago, as if playing a Tetris game. The Brazilian team shipped[4] more than 20 containers early in April. The British team sent its gear even earlier, in February.

Supply-chain managers will tell you about 30% of costs and more than 70% of problems in transportation take place in the “last mile”, those few kilometres moving products from the delivery company’s warehouse to the final destination.

The most significant challenge in Tokyo is traffic congestion. More than 37 million people live in the greater metropolitan area. Even with the pandemic, and no spectators, the number of people on the move everyday will still be huge.

The city’s fourth state of emergency since the pandemic began was declared this week. But it has resulted in pedestrian flows at five major city sites falling less than 1%[6] on the week before. 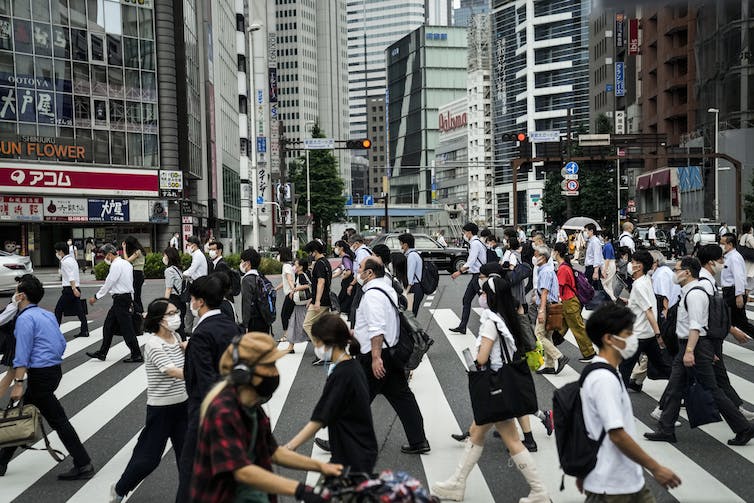 There are 28 Olympic venues within 10 km of the village, including the Japan National Stadium. There are 14 other venues further away. The golf competition at the Kasumigaseki Country Club, for example, is 70 km away, a trip that would normally take up to three hours by road.

To get through customs, each national team must declare product names, quantities and prices. They navigate a 90-page document[7] on the formalities for importing and exporting equipment for the games.

Once cleared, transporting competitive sports gear is a sensitive task. A splinter or twist in the equipment may prevent an athlete from competing. If an item is damaged or lost, there is little opportunity to wait for a replacement.

Now, consider the effect of COVID-19 on bulk distribution and packing.

At the 2016 Rio Olympics, uniforms were collected in bases where hundreds of athletes waited in line. In Tokyo, each athlete must advise of their size in advance and their uniforms will be delivered directly to their rooms. The result will be more than 11,000 room deliveries in three weeks, plus returns.

Volunteers are central to support venues and event management. Before the pandemic, about 110,000 volunteers[8] had been recruited. Now there will be less, with 10,000 having quit[9] and about 8,000 overseas volunteers being excluded. The state of emergency may reduce numbers even further.

With strict barriers in place to prevent contamination, and a process that is running for the first time in an event of such complexity, being short-handed will test the Japanese reputation for organisational efficiency. 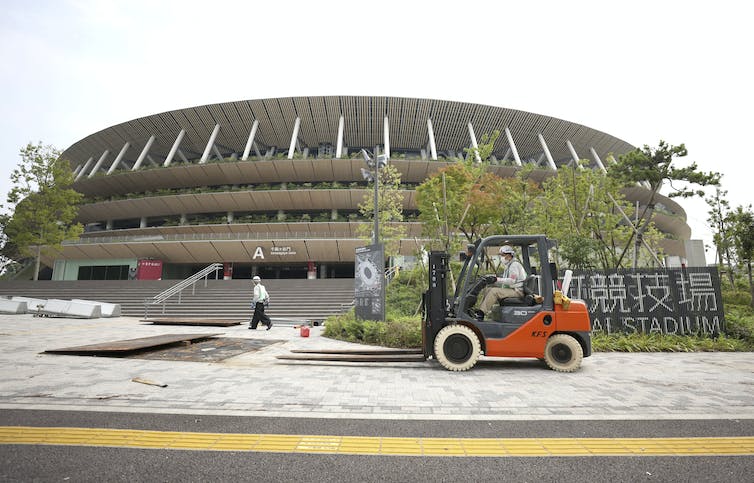 Games volunteers must work fast. Items must be tracked with utmost accuracy. Throwing events at the main stadium, for example, will see discuses, hammers, javelins and shot-put balls tagged to hundreds of athletes moving to different areas at very specific times.

Once qualifying rounds are over, equipment from the athletes not making to the finals must be removed and stored, for later return to their home countries. 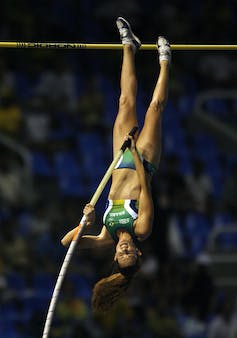 Mistakes may hold up events and distract athletes from putting in their best performance. This happened with Brazilian pole vaulter Fabiana Murer at the 2008 Beijing Games, when she couldn’t find the right-sized pole[10] during the final.

Socialising has always been a byproduct of the Olympics. After four years of intense training and a blaze of glory, athletes from around the world mix, mingle and party to the big parade at the closing ceremony.

But not in Tokyo. Athletes are banned from visiting bars, restaurants and shops. After-parties will not be tolerated in the Olympic Village. There is a chance only the flag bearer for each nation will come to the stadium for the closing ceremony.

Athletes must leave the village within 48 hours[12] of the end of their event. Consider that they do not know if they will make it beyond the first heat. With limited flights to and from Tokyo, moving delegations is as much a complicated logistics effort as is the “last mile” delivery.

This will certainly be an Olympics to remember. Fingers crossed it will not be only for the wrong reasons.