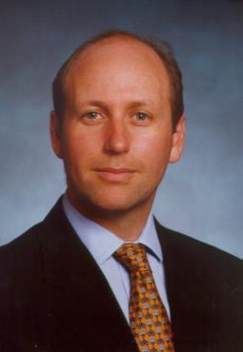 The adoption of artificial intelligence (AI) is rapidly growing in the workplace; however, to take full advantage of AI opportunities, businesses need to overcome lingering doubts from their customers and employees, according to new research from Genpact (NYSE: G), a global professional services firm focused on delivering digital transformation.

The second edition of Genpact’s research series, AI 360: insights from the next frontier of business, explores perceptions of three distinct audiences – senior executives, employees, and consumers – that are critical to AI’s widespread adoption in business.

Nearly every Australian executive surveyed (99 per cent) says their company plans to implement AI-related technologies over the next three years, citing improved customer experience (35 per cent), greater inter-departmental collaboration (35 per cent), and more time afforded to employees to focus on important tasks (40 per cent) as the most commonly anticipated benefits.

While latest survey results show significant progress since the inaugural 2017 study – for example, 53 per cent of consumers globally say AI is making their lives better, up from just a third globally in 2017 – Australians lag behind counterparts in the United States and United Kingdom when it comes to embracing AI. Only 43 per cent of Australians believe AI is improving their lives, compared to 48 per cent of U.K. consumers and 59 per cent in the United States.

“Many companies already see AI’s benefits, and we expect to see this grow in Australia as more businesses learn from the early adopters, and as more customers and employees better understand the benefits of AI on their lives,” said Richard Morgan, country manager of Genpact Australia. “Yet, people still worry about such issues as AI bias and privacy, and fear AI’s impact on jobs. These doubts send clear signals about what companies must address to achieve greatest business impact from AI.”

The research shows that concerns around personal data may pose a barrier for businesses to get their customers to embrace AI. Nearly three quarters (70 per cent) of Australian consumers say they don’t want companies using AI that intrudes on their privacy, even if the goal is to optimise their experience.

Consumers are also worry about AI discriminating against them in its decisions, with 84 per cent of Australians saying they think it’s important that companies take active measures to reduce AI bias. While the good news is that most businesses are taking some action to combat AI bias, only 31 per cent of Australian executives surveyed say their companies have a comprehensive governance and internal control framework.

When it comes to AI’s impact on the workforce, Australians are the most fearful compared to other countries surveyed, especially when looking ahead. Approximately one in three (31 per cent) Australian workers believe AI threatens their job (vs. 28 per cent globally), and more than half (56 per cent) worry that AI will threaten the jobs of their children and future generations (vs. 46 per cent globally).

Despite these concerns, 69 per cent of Australian workers say they expect to see benefits from AI in the workplace in the next three years, and 77 per cent are open to learning new skills so they can take advantage of AI. Moreover, almost half (48 per cent) say they will be comfortable working with robots within three years up from 40 per cent in 2017. However, senior executives are much more optimistic, with 85 per cent believing their employees will be happy working with robots in the same time frame. Businesses must address this expectation gap when managing their digital workforce.

“Slowly but surely we’re seeing a shift in how Australian employees view AI in the workplace. It’s a good sign that a quarter of workers think AI will bring new career opportunities,” Morgan said. “As AI becomes more embedded in our professional and personal lives, it’s vital that business understand lingering doubts. Executives must educate their employees and customers about AI’s potential, and provide them with tools to take advantage of its benefits.”

For more information about what matters most with AI, and how views have changed since 2017, see AI 360: insights from the next frontier of business.

Genpact (NYSE: G) is a global professional services firm that makes business transformation real. We drive digital-led innovation and digitally-enabled intelligent operations for our clients, guided by our experience running thousands of processes primarily for Global Fortune 500 companies. We think with design, dream in digital, and solve problems with data and analytics.  Combining our expertise in end-to-end operations and our AI-based platform, Genpact Cora, we focus on the details – all 87,000+ of us. From New York to New Delhi and more than 25 countries in between, we connect every dot, reimagine every process, and reinvent companies’ ways of working. We know that reimagining each step from start to finish creates better business outcomes. Whatever it is, we’ll be there with you – accelerating digital transformation to create bold, lasting results – because transformation happens here. Get to know us at Genpact.com and on LinkedIn, Twitter, YouTube, and Facebook.