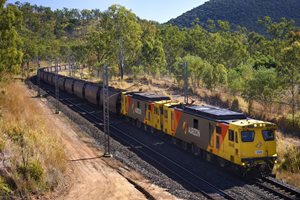 THE Queensland Government should stand up for the state’s coal industry, a sector responsible for at least 20,000 local jobs and $3.8 million in annual royalties, not kow-tow to disruptive activist groups hell-bent on stopping new projects, says Australian Resources and Energy Group AMMA.

AMMA particularly calls on Premier Annastacia Palaszczuk to declare her support for Queensland’s coal industry as her government yet again shifts the posts on Adani’s Carmichael Coal Project by appointing a known anti-coal organisation to conduct an “independent” review of one of the mine’s environmental management plans.

“AMMA is very concerned at this latest development which appears to undermine typical government processes by outsourcing its environmental review responsibilities to an anti-coal activist group.

“Adani has repeatedly demonstrated strong compliance with all its environmental management requirements. Not only has it cleared hundreds of regulatory hurdles, it has also contended with vexatious ‘lawfare’ from a number of disruptive anti-industry groups, which it has an 11-0 record defending.

“This most recent appeasement of minority anti-industry voices sets a disturbing precedent and will be rightly viewed as another unnecessary obstacle for the investment and business community.

“Projects such as Adani’s must be better recognised for the jobs and prosperity they will bring to the state, including long-term royalty generation that funds schools, hospitals and roads.”