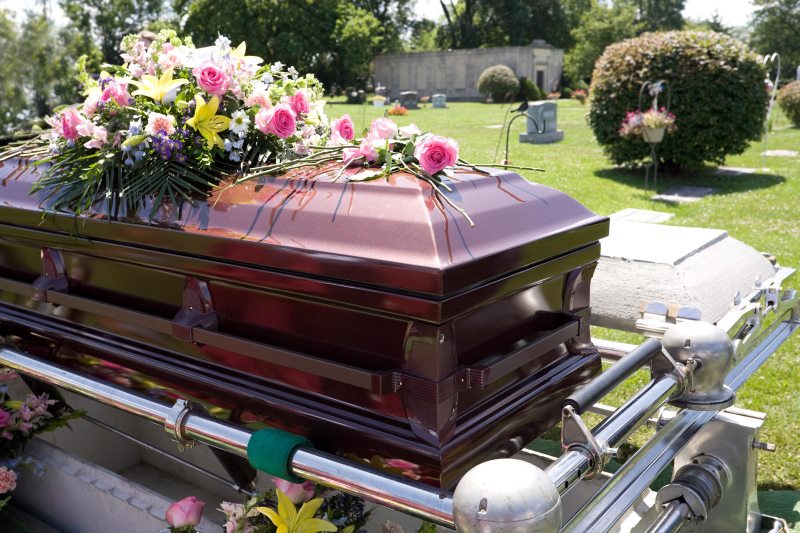 Consumers are often unnecessarily upsold on funerals due to a lack of information and real competition, in an industry that is fairly unregulated, new research finds.

We studied data on the size, scope and nature of the funeral industry. We also examined the regulatory environment in which it operates, looking at what factors drive prices in this A$1 billion industry. We conducted a comprehensive review of online funeral businesses and used a telephone survey to collect data.

At some point, everyone will engage with the funeral industry either as a consumer or a beneficiary of its services. The funeral industry has a business model that relies on bundling three aspects of death: ceremony, disposal and memorialisation.

Our research finds, accessing these services is more often than not driven by circumstance than real consumer choice. This is largely because most deaths occur in an institution (hospital, aged care facility, nursing home) and the social stigma surrounding dealing with the dead. This creates an opportunity for funeral directors to add a significant service fee and mark-up on coffins.

Regulation and prices in the funeral industry

Despite several government inquiries into the industry, professional associations, like the The Australian Funeral Directors Association (AFDA), have argued that current self regulatory arrangements are sufficient and intervention will likely only further increase costs to consumers.

For example, each state and territory has its own regulations regarding the disposal of dead bodies which are not all uniform and some date back to 1929. But in terms of transporting those bodies, only five of the eight states and territories have regulations. NSW is the most stringent and in WA the regulation only covers transporting when death occurs while on inter-hospital transfer. Because consumers are likely to only be infrequently confronted with these regulations it can cause some confusion.

There’s also variations in tenure for burial plots. Even though perpetual tenure is available, some expensive funeral plots in NSW or Victoria only give consumers the right for 25 years. After that someone will have pay to renew the tenure or the plot might be reused through a method called “lift and deepen”.

In terms of pricing of services, we conducted a survey of more than 150 funeral product providers, both online and via telephone.

In our survey we asked about two standard products. A direct committal whereby the body is taken directly from its location to be cremated in an appropriate receptacle. The other product we asked about was an essential service or “basic” funeral.

The basic funeral is regulated in some states (i.e. in NSW), this means funeral directors have to offer this product and give a breakdown of each item provided in the service. These two products do not generally include extras such as death notices or flowers, often included as hidden charges. These extras drive funeral prices toward the upper end of the reported range of between A$4,000 to A$15,000.

Mark-ups on coffins and caskets are commonly between 300% and 500% and have been reported up to 1000%. These prices generally represent approximately 30% of the price of a funeral.

Two key factors contributed to differences in prices: whether the funeral was provided by one of the brands owned by the large listed corporation and whether the operator had prices online. If the operator did advertise prices online, consumers were likely to save somewhere between A$1000 and A$1500 for the same product. Most well-known funeral brands in Australia do not provide prices online.

The industry in Australia is dominated by one listed company, InvoCare, which operates under recognisable brand names such as White Lady Funerals and Simplicity Funerals. It enjoys a 40% market share and reportedly up to 80% on Australia’s profitable east coast.

Collecting data was made difficult by the refusal of many operators to discuss prices or return calls without an actual death to provide services to. In many cases we were redirected to the pre-need funeral salesperson.

As part of our study we also reviewed pre-need (pre-paid) funerals and funeral insurance. Pre-need funerals have been on the agenda of several government inquiries and reviews due to complaints of upselling to relatives or contracts no longer being able to cover costs. This has resulted in significantly increased regulation in the form of formal contracts and requirements regarding investment of funds in most jurisdictions.

Funeral insurance also confuses consumers who do not understand it is just low value life insurance, where premiums can easily outstrip funeral costs very quickly. According to a 2010 study by company Rice Warner, your premium over time could amount to more than A$85,000 for only A$6,000 of cover if you took out insurance at age 60 and lived until 90. Approximately 750,000 Australians are covered by a funeral insurance policy.

Our research shows regulation of funeral product providers needs to be improved and made consistent across all areas of Australia. This will improve consumer understanding and choice, ensuring funeral providers offer consumers products that fit their needs.

Republished with permission from The Conversation http://theconversation.com/consumers-lose-out-in-funeral-industry-lacking-competition-and-regulation-study-78031