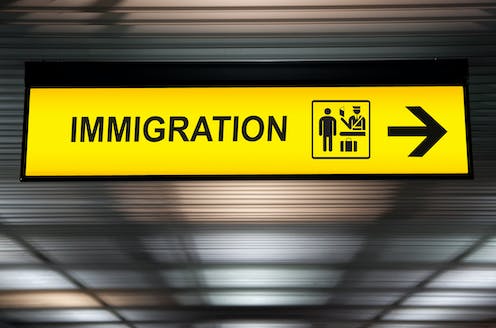 Imagine Ania, a Ukrainian immigrant who arrived in Berlin, Germany in the spring of 2022 with her teenage son. At the moment, the 2001 Temporary Protection Directive[1] provides them with the reassurance that they can stay for one year. If Ania ends up staying longer term, however, her career and economic success will depend on choices she had to make in that first year – choices that were based on how long she expected to stay.

When the chances of staying in a host country are uncertain, why spend time and money learning the language? Why integrate? Why start to build a new life? Will Ania insist as vigorously on her son completing his homework in a foreign language and school system when she is unsure of how long she will be in the EU?

If Ania and her son do stay, however, the effects of decisions made during the very first months and years following their arrival could reverberate for decades. Ania may have been a certified architect in Ukraine, but to be recognised and work as an architect in her host country will require additional qualifications. She may choose to take a lower-paid job instead of investing in additional training if there is uncertainty about how long she can stay.

Being able to provide certainty about the option to settle is often a significant factor for both refugees and other migrants when it comes to settling and thriving in a new country for the long term. Immigration policy should reflect this need for certainty.

Looking beyond a one-year permit

EU leaders triggered[2] the Temporary Protection Directive for the first time this year, following the Russian invasion of Ukraine on February 24. It provides a non-bureaucratic one-year permit for refugees arriving in EU countries. It is designed as a means for member states to respond rapidly to large-scale crises, preventing a collapse of regular asylum systems.

But many of the refugees that have since arrived in the EU may well have to stay for longer than a year. Although the directive can be extended, the prospect of settling for the longer-term remains uncertain for these refugees. This may have profound consequences for both immigrants and their new countries.

My recent research[3] with Jérôme Adda of Bocconi University and Christian Dustmann of University College London shows that giving migrants certainty about the option to stay at an earlier stage could improve their integration, shape their economic contributions, and ultimately cement their acceptance in host societies. We used data on Turkish immigrants in Germany, where a large-scale survey[4] has collected information for decades on immigrants’ expected length of stay. Many of the migrants interviewed for this survey arrived in Germany under guest worker agreements[5] with southern European countries in the 1960s and 1970s.

The immigrants who expected to stay in Germany permanently integrated faster, acquired new language skills more quickly and saw greater economic progress. In particular, we found that short, temporary permits with an uncertain chance of extension make people behave quite differently than those who expect to stay permanently. The latter spend more of their income locally, and have a higher incentive to integrate, learn the local language and acquire other country-specific skills that increase their chances of employment. This furthers career progression, productivity and earnings in the host country. So individual choices will have macroeconomic implications in terms of immigrants’ tax contributions to their host country’s fiscal budget. An understanding of this kind of behaviour is important for the design of optimal migration and naturalisation[6] policies.

Longer-term migrants are often more demanding about the type of job they are willing to accept. And, while contributing more via income taxes, they are also likely to use public services and health care for longer, particularly as they grow old and their contributions to these services fade. Long-term migrants are also often joined by their families. This raises demand for the host country’s education system, but also fosters further integration.

For many migrants who intend to return[7] to their home country, it is more common to send money home to their families rather than spending it locally. And, knowing that their stay in a host country is limited, they may decide to forgo host country-specific investment in areas such as learning languages and new skills to suit local economic needs, which can be costly.

Governments often delay making a decision on whether to allow a migrant permanent status for several years, basing it on employment, earnings or other targets such as learning the language. Our research shows this not only affects the number and kinds of people that chose to migrate to a certain country, but also their career profiles and long-term contributions to their new home country. The idea that long-term certainty encourages integration and supports economic contributions applies to migrants in many contexts, including that of economic migrants and political refugees, as well as documented and undocumented immigrants.

The new refugees into the EU from Ukraine, who have been granted one year of protection initially, have a limited incentive to invest in local skills. This certainly includes the host country language, but it also extends to acquiring qualifications and certifications that are of limited value back home, but are valuable to the host country.

Clear legal procedures that inform immigrants early on about their prospects of staying in their host countries are crucial for decision making and could greatly affect the lives of these people. It will also impact the costs and benefits to the countries where they work, consume and receive support or pay taxes. If immigration policy takes this into account, it could do much to help immigrants like Ania and her son feel more at home, while also boosting their economic contribution to their host countries.