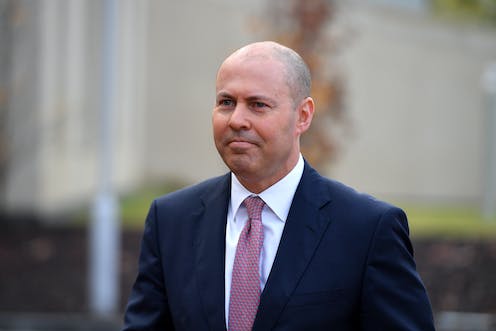 The Morrison government has brought down a big-spending, expansionary budget that forecasts Australia’s unemployment rate will fall to 4.75% in two years time.

But Australia’s international borders won’t be properly open for at least a year, according to the budget’s assumptions.

“Employment is at a record high, with 75,000 more Australians in jobs than before the pandemic.

“This budget secures the recovery and sets Australia up for the future.”

The deficit for next financial year is expected to be A$106.6 billion, with cumulative deficits of $342.4 billion over the forward estimates.

As the government continues to spend to underpin the recovery, net debt will increase to 30% of GDP at the end of June, before peaking at 40.9% at June 30, 2025.

The centrepiece of Frydenberg’s third budget – which had been largely pre-announced by the government – is a $17.7 billion aged care package, spent over five years and including 80,000 extra home care packages.

Frydenberg said this would make a total of 275,000 packages available. The present waiting list is 100,000.

The aged care package is designed as long term structural reform after the royal commission found the system in a parlous state and needing a comprehensive overhaul.

“We will increase the time nurses and carers are required to spend with their patients,” Frydenberg said.

“We will make an additional payment of $10 per resident per day to enhance the viability and sustainability of the residential aged care sector.

"We will support over 33,000 new training places for personal carers, and a new Indigenous workforce.

"We will increase access for respite services for carers.

"We will strengthen the regulatory regime to monitor to monitor and enforce standards of care.”

In other major initiatives, there is $2.3 billion for mental health, while the earlier-announced adjustment to the JobSeeker rate will cost nearly $9.5 billion over the budget period.

Tax cuts and a focus on women

Some 10.2 million low and middle income earners will benefit from the extension of the tax offset for another year, at a cost of $7.8 billion.

As Morrison seeks to repair his image with women, there is a range of measures on women’s safety, economic security, health and wellbeing totalling $3.4 billion.

There will be another $1.9 billion for the rollout of COVID vaccines.

Quizzed at his news conference on the future of Australia’s closed border, Frydenberg hedged his bets. “When it comes to international borders, it’s an imprecise business.”

The budget papers assume a gradual return of temporary and permanent migrants from mid-2022, and small arrivals of international students, starting late this year and increasing from next year.

“The rate of international arrivals will continue to be constrained by state and territory quarantine caps over 2021 and the first half of 2022, with the exception of passengers from Safe Travel Zones.

"Inbound and outbound international travel is expected to remain low through to mid-2022, after which a gradual recovery in international tourism is assumed to occur,” the papers say.

The budget is heavy on continued help for business, with more than $20 billion extra in support.

With the country facing a skill shortage and skilled workers not able to enter, Frydenberg said the government would create more than 170,000 new apprenticeships at a cost of $2.7 billion.

“We will help more women break into non-traditional trades, with training support for 5,000 places,” he said

There will be 2,700 places in Indigenous girls academies to help them finish school and enter the workforce.

More STEM scholarships will be provided for women.

Another 5,000 places are being made available in higher education short courses.

Housing and support for retirees

The budget’s housing package includes another 10,000 places under the New Home Guarantee for first home buyers who build or buy a newly-built home. It will also increase the amount that can be released under the First Home Super Saver Scheme.

From July 1, 10,000 guarantees will be provided over four years to single parents with dependants to build or buy a home with a deposit as low as 2%.

Retirees will benefit from a measure to encourage them to downsize.

Older people will no longer have to meet a work test before they can make voluntary contributions to superannuation. People aged over 60 will be able to contribute up to $300,000 into their superannuation if they downsize.

Given the housing shortage, this is aimed at freeing up more housing for younger people.

The government will also enhance the Pension Loan Scheme by providing immediate access to lump sums of $12,000 for single people and $18,000 for couples.

Although modest, one measure that will help women, who retire on average with much less superannuation than men, is that the government will remove the $450-a-month minimum income threshold for the superannuation guarantee.

Frydenberg said the government was committing another $15 billion over a decade to infrastructure, including roads, airports and light rail.

There is also $1.2 billion for multiple measures to promote the digital economy.

The opposition was dismissive. Anthony Albanese said, “Australians have endured eight long years of flat wages, insecure work and skyrocketing cost of living under the Liberals and Nationals – and this budget does nothing to change that.

"It’s just more of the same from a tired old government.”

The Business Council of Australia welcomed the budget, saying it “strikes a prudent balance between growth and fiscal discipline by making sensible investments in the levers of growth”.

But the ACTU said while the Coalition’s rejection of austerity was welcome, “the government has failed to use the spending in this budget to tackle the underlying problems of low wages and insecure jobs”.

Instead, it was “handing billions of dollars to business including in the critical areas of aged care, mental health and vocational training, with little accountability or strings attached”.

The Australian Aged Care Collaboration, which represents more than 1,000 providers, congratulated the government on agreeing to implement most of the royal commission’s 148 recommendations.

AACC representative Patricia Sparrow said “after 20 government reviews in 20 years, this budget, and the government’s response to the royal commission’s recommendations, finally addressed many of the challenges facing aged care”.