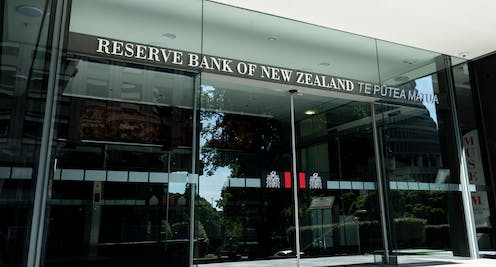 Set against the backdrop of an economy healing from 2020’s annus horribilis, this week’s Financial Stability Report[1] (FSR) from the Reserve Bank (RBNZ) was cautiously reassuring: the country’s financial system is sound, though vulnerabilities remain.

Banks have managed to increase their capital buffers, allowing them to better withstand losses on loans and mortgages, which has protected the financial system from the pandemic’s economic fallout. With profits stabilising, the outlook for New Zealand’s banks is bound to improve further.

On the other hand, the report expresses concern about increasing house prices and the strong growth of mortgage lending. Specifically, the RBNZ worries about lending to financially vulnerable first-time buyers and highly indebted borrowers.

RBNZ Deputy Governor Geoff Bascand said “risks are building up” and didn’t rule out[2] a sharp correction in the housing market. Seemingly setting the stage for more initiatives to tame a hot housing market, he said “further resilience is needed”.

So, the FSR is a little two-faced. By comparing the present to the immediate past, it creates the impression all is well because important indicators of bank health have improved.

But the report is much less certain about the future. With the words “vulnerability” and “vulnerabilities” mentioned about 20 times in its 60 pages, the reader can be forgiven for thinking New Zealand’s financial system maybe isn’t that sound at all.

The financial press reflects these concerns. One commentator recently warned[3] about the dangers of extended credit growth in the hot housing market and called for lending restrictions.

Another feared[4] the “amount of money being pumped purely into property, not any other assets, comes with huge financial stability risks”.

The trouble is, without proper empirical evidence, these worries are speculative at best, and certainly confusing. Unsupported claims about vulnerability in the banking system also enable officials to experiment with policies that haven’t proved their effectiveness.

A case in point is the proposed introduction of a debt-to-income tool (DTI[5]), which would complement the current loan-to-value restrictions. According to the RBNZ, this would be the best option for supporting financial stability and sustainable house prices over the medium term.

Unfortunately, at the FSR press conference the RBNZ couldn’t clearly explain details of the DTI, nor could it define the concept of sustainable house prices over the medium term.

Politicians may respond to the confusion by promoting seemingly popular policies, but which might not be in the long-term public interest. For instance, the Green Party has called[6] for rent controls, despite ample evidence from economists they’re not necessarily effective.

Which brings us to the importance of stress-testing banks — more importantly, publishing individual bank stress test results, rather than the aggregated and anonymised data the RBNZ traditionally presents.

Such data are not helpful for investors and depositors because this approach hides weak banks that, if they were to fail, could put the financial system as a whole at risk.

Before the Global Financial Crisis, it was standard practice to keep stress test results confidential. However, the US Federal Reserve in 2009 took the then highly unusual step of publicly reporting its stress test findings[7].

It did this because it believed[8] the disclosure would restore confidence in US banks at a time of great uncertainty. And it worked. Not long after the results were published, banks sprang into action and increased their capital buffers without the need for the government to step in.

Without doubt, the 2009 US stress test contributed to the recovery of the American financial system.

The European Banking Authority (EBA) learned about stress testing the hard way. It too started testing banks from 2009 on, but initially published[10] only anonymised results.

Unfortunately, shortly after the publication of the results, two Irish banks failed, despite being given a clean bill of health[11]. In 2011, Belgian bank Dexia failed after a good test result.

The EBA responded vigorously, going all out to improve stress test transparency. Since 2011 it has published[12] all relevant data on stress testing: scenarios, time lines and individual bank results. This was as much to restore confidence in the EBA itself as to inform investors and depositors about the resilience of the European banking system.

Transparency is good for everyone

Two important lessons can be learned from the US and European experiences.

First, the publication of individual stress test results allows investors and depositors to see for themselves how resilient the banking system is. It nips unfounded speculation in the bud. This is important because, at the moment, the RBNZ and financial press feed speculative narratives about vulnerabilities in the New Zealand financial system.

Read more: Hostage to fortune: why Westpac could struggle to find the right buyer for its NZ subsidiary[13]

Second, it contributes to the credibility of the RBNZ as a banking supervisor, as well as as to the quality of the stress test. Interested parties will comment on what is published, and this will help improve the stress test, which benefits us all.

As a bank supervisor that relies very much on market discipline and transparency, the RBNZ should consider expediting the publication of updated individual bank stress test results. It is clearly in the public interest, and it would end unfounded speculation about the vulnerability of New Zealand’s banking system.