The government’s Fair Work Amendment (Supporting Australia’s Jobs and Economic Recovery) Bill[1] presently before parliament was drafted at the end of a six-month consultative process that brought together employer and employee representatives to chart what the prime minister hoped would be “a practical reform agenda, a job making agenda[2]”.

The agenda seems to have been confined to matters the government and business[3] had already marked for attention.

Whatever potential there might have been for consensus on several important issues has plainly not been realised[4].

Nevertheless, in a submission[5] to the Senate inquiry into the bill, and with the backing of 18 other labour law academics, we have expressed support for many of its provisions, even though there are details we are disappointed with and elements we strongly oppose, not least for their potentially negative impacts on wage growth and job security.

To be supported are greater penalties for employers who underpay workers, including criminal liability for dishonest and systematic conduct, and a new small claims process that would enable the Fair Work Commission to resolve payment disputes more quickly and cheaply, which we think could be improved.

We concentrate here on three concerns – the changes to agreement-making; to certain forms of employer-driven flexibility; and to the regulation of casual employment.

The most contentious proposal is a new exception to the “better off overall test” (BOOT), which ordinarily ensures enterprise agreements cannot set pay and other conditions below award standards.

At present, the Commission can approve agreements that fail the BOOT, but only when they are not contrary to the public interest and only in “exceptional” circumstances.

Read more: So much for consensus: Morrison government's industrial relations bill is a business wish list[6]

We characterise the change as “tearing a gaping hole in the award safety net”.

Even if the Fair Work Commission took a narrow view of the exception, advisers would be lining up to encourage employers to give it a go, dangling the enticing prospect of “simplifying” pay and rostering , and reducing labour costs.

The bill also proposes to “simplify” the agreement-making process and make it harder for unions and others not directly involved to object to their approval.

This would weaken the few procedural safeguards that the Fair Work Act provides for workers, especially since there is no requirement for bargaining or negotiation to take place.

There would be no clear process for ensuring an agreement was genuinely made, and it would be harder to identify substandard deals, or to challenge the approval of agreements approved by small and unrepresentative groups of workers.

The sunsetting of agreements made before the Rudd government’s 2009 Fair Work Act (some of them made under “WorkChoices[8]” is welcome and long overdue.

The bill would also allow “greenfields agreements” of up to eight years in duration - rather than the usual four - for construction work on certain major projects.

Employees engaged during that period would have no say on their pay and conditions and no right to strike – and some of these “agreements” could be made without union consent.

Under International Labour Organisation principles of freedom of association, workers in this position have to be afforded access to timely mediation and arbitration to resolve disputes, something the bill does not do.

New forms of flexibility for employers 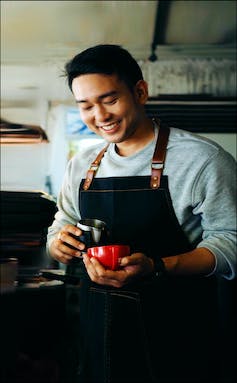 Part-time workers could be offered extra hours, but without penalties.

The former are a method of contracting out overtime pay rates, and would disproportionately affect women, who are almost three times more likely than men to be working part-time[9].

Even if some ended up being offered extra hours of work, they would come without the usual compensation for antisocial or irregular hours – and they would most likely be taken from casuals, meaning a net reduction in wage bills.

The proposed “flexible work directions” would extend and expand some of the special powers granted to employers under JobKeeper to redeploy workers.

But they could be used in situations which need have nothing to do with recovery from the pandemic, including by employers who were never eligible for JobKeeper.

While both changes would initially be limited to certain industries, the bill allows them to be extended by regulation to all award-covered workers.

No compelling evidence has been presented to justify they are needed. Nor has the government explained why the Fair Work Commission should not continue to be responsible for managing these issues on an industry by industry basis through awards.

Casual employment fell during the initial stages of the pandemic, but then rebounded strongly[10]. Around one in four Australian employees works as a casual, lacking benefits such as paid annual leave or sick leave, but generally entitled in return to a pay loading of 25%.

In practice, many casuals have long-term engagements[11], with none of the features usually associated with casual work. Among them are labour hire workers deployed not as “temps”, but to work at host firms alongside (or instead of) directly-hired employees with much higher pay and conditions.

The bill’s provisions respond to recent court decisions[12] which have raised the prospect of billions of dollars in unpaid leave entitlements being due to workers misclassified as casuals.

The bill proposes to determine whether a worker is a casual purely by reference to what their contract says, not the reality of their engagement. And it would allow employers who have misclassified casuals to deduct from what they now owe their employees any loading they have previously paid.

After 12 months in a job, casuals would need to have their employment assessed. In certain circumstances, the employer would have to offer to make them permanent.

We agree on the need for a clear definition of “casual”, but the definition proposed would entrench the practice of “permanent casuals” doing jobs which are not truly casual, without necessarily preventing legal challenges to some of those arrangements.

Read more: The truth about much 'casual' work: it's really about permanent insecurity[14]

Long-term casual employment does indeed suit many workers. But their lack of job security may have both individual and societal consequences.

That has been made clear during the pandemic, when workers without paid leave entitlements in “essential” jobs (such as cleaning and security for quarantine hotels, or aged care) have had to keep working with adverse consequences for public health[15].

We also note that the bill will substantially increase administrative costs for employers, in support of a right to convert to permanent that few long-term casuals are likely to even try to exercise, given the loss of loading typically involved.

In our submission to the Senate inquiry, we have suggested that the bill could be improved in a number of ways, including by making the definition of casual employment genuinely objective, requiring offers of conversion to permanent employment after six months rather than 12, and not shielding an employer from liability if it should have known it was misclassifying a permanent worker as casual.

Getting wages moving in the right direction

Even before the pandemic, it was widely accepted that wage stagnation was sapping the Australian economy. Whatever the reasons[16], it was clear that something needed to be done[17] to get wages growth back above 3%.

If anything, the need is even greater now as we try to rebuild confidence and boost consumer spending.

Yet at a time when the share of national income going to profits rather than labour is still continuing to rise[18], the government is proposing changes that would not just suppress wage growth[19], but actually allow employers to cut some forms of pay and conditions.

The reforms would also entrench casual work - one of the largest forms of insecure employment.

As Labor’s new platform on job security[20] recognises, this is a challenge that business, organised labour and government ought to be working together to tackle rather than exacerbate.

Whatever the positive elements of the new industrial relations bill, its crackdown on “wage theft” among them, its overall effect would be to take Australia even more firmly down the road of low-wages and low-growth.

It is not the road we should be taking.