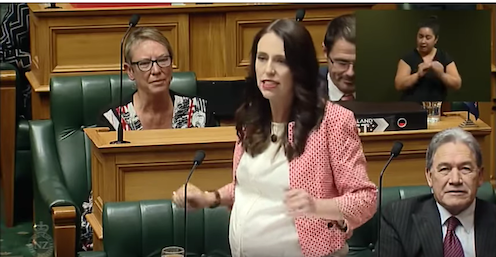 The investment approach can be defined as using evidence to quantify a public problem and then fund interventions that are likely to improve outcomes and therefore reduce future costs to government.

When the government released its first budget[2] yesterday, Prime Minister Jacinda Ardern and Finance Minister Grant Robertson delivered a document that stands in stark contrast to those of the National government that led the country from 2008 to 2017. This is most apparent in its approaches to social services and environmental protection.

The coalition government comprises three parts. The centre-left Labour Party is joined by New Zealand First, which espouses economic nationalism. The Green Party, which emphasises good environmental stewardship, agreed to give confidence and supply. The budget could easily have been a train wreck. Its coherence is a major accomplishment.

With the New Zealand economy nearing a decade of continuous growth, the government’s revenue base[4] is sound. This has allowed it to fund new initiatives while keeping the budget in surplus. The government has shown a strong desire to maintain sound economic management, but it is not prepared to sacrifice other valued outcomes to hasten the paying off of government debt. As Robertson said in his budget speech:

We are committed to being responsible – not just fiscally, but socially and environmentally.

In health, the big news concerned reducing the cost of visiting a doctor and improving access to primary care, as well as extending cancer screening and easing access to mental health services.

In education, the government had previously announced its fee-free post-school training and education policy[5]. This means people will be able to attend university and undergo other tertiary training without having to pay fees for the first year. Education also got a boost for the early years, with a large amount of new funding to meet increasing demands for early childhood education.

Auckland’s recent immigration-driven population growth and soaring property prices have had two adverse effects. Homelessness has become an acute problem and bottlenecks have arisen across transportation networks. The 2018 budget made provision for increasing the stock of state housing[6] – the previous government had started selling it off[7]. The budget also provided large amounts for transport infrastructure.

The Greens received their wish, with a $181.6 million funding boost for the Department of Conservation[8]. This was the largest increase since 2002.

In its first budget, the government has adopted the language of investment. This represents both continuity and change.

Under the previous National government, New Zealand experimented with treating public policies as investments[9]. Datasets were developed[10] to gain insights into how various risk factors in young people translated into subsequent costs for taxpayers. Armed with these insights, the government redesigned social services to better meet the needs of those at risk. Australia emulated some of this[11].

Public policies that help people participate in society and contribute to the workforce generally meet popular support. But the National government didn’t gain that popularity dividend[12]. The likely reason is that its leaders focused on the fiscal savings to be achieved. Individual and social well-being got short shrift.

Times have changed. Grant Robertson made this very clear. Note the language:

Budget 2018 lays the foundations for New Zealanders to have better lives in the decades to come.

Talking of education, he said:

Better education leads to better lives, and today we begin those investments with new energy.

About addressing child poverty he said the aim was that:

New Zealand truly becomes the best place in the world to be a child … if we improve the well-being of our children, we will be a rich society indeed.

Robertson applied the language of investment in talking about rehabilitating prisoners, addressing climate change and foreign policy. The investment approach being proposed is in accord with international evidence of good practice[13].

With its 2018 budget, this New Zealand government has emphasised that it does things differently. While building on established policy frameworks[14], Jacinda Ardern and her colleagues are showing how responsible economic management and adoption of public policies that are known to be effective can improve the well-being of all citizens.