Our economy has grown[1] in the September quarter (the three months to September) after two quarters of going backwards.

Using the literal meaning of recession[2], we are no longer in one – economic output (the things we produce and consume) is no longer be going backwards.

But things won’t be like they were. Even a rebound in gross domestic product of 3.3%[3] (the biggest in 40 years) doesn’t make up for the 7% we lost in the previous quarter, meaning we’ll remain worse off than we were at the start of the year and much worse off than we would have been had the pandemic not happened.

Here are six things to expect as the economy recovers:

1. Consumer spending will recover first, but might need help

Consumer spending will to return to normal first, as forecast in the budget[4].

So far the signs are promising, but in part this might be because the stimulus payments are still flowing, keeping household disposable income above pre-COVID levels.

Read more: It isn't right to say we are out of recession, as these six graphs demonstrate[5]

The coronavirus supplement that tops up JobKeeper and other benefits (originally A$225 per week) winds down to $75 per week after Christmas and expires on March 31[6].

JobKeeper[7], originally $1,500 per fortnight, became harder to get in October and will wind down to $1,000 per fortnight in January and $650 for part-time workers, before expiring on March 31. 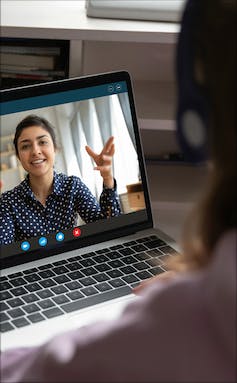 Victoria has funded tutors to assist students left behind. fizkes/Shutterstock

Treasury expects wage growth to be slower than price growth for the next two years, so a household-led recovery is by no means guaranteed.

If the recovery stalls in the household sector, activities such as hospitality, retail and arts and entertainment will suffer a second blow and unemployment will remain high.

After the year we’ve had, the household sector could be forgiven for losing confidence.

The government should consider extending the coronavirus supplement payments, and be ready for further one-off stimulus payments if required.

Unlike the imminent income tax cuts, these measures are temporary and can be discontinued as soon as they are no longer required.

Governments can also stimulate demand directly. Victoria has announced an additional 4000 tutors[8] to assist school students left behind after an interrupted year. Other areas in which governments could usefully create meaningful jobs include the care sector and the arts.

Exports face headwinds and are unlikely to recover over the next 18 months.

This will be apparent in all of Australia’s major customers including China and will depress demand for exports.

More importantly, travel bans have come close to eliminating “exports” of tourism and education, which together account for almost one fifth of Australian export income.

This income will remain weak until international travel properly restarts. 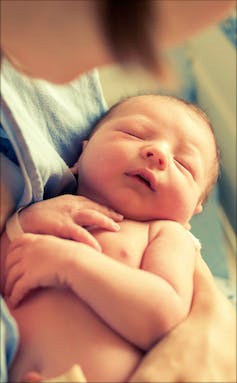 Births and immigration will remain low for years. KieferPix/Shutterstock

This year’s budget says we won’t get there until June 2030, a full four years later.

Even after travel resumes, net overseas migration is expected to remain lower than before due to economic uncertainty and weak labour market conditions.

Businesses will find it more difficult to get the staff they need through skilled migration, crating a greater role for higher education and vocational education.

By 2024 migration is assumed to return to normal, yet population growth will continue to be slow. This is because the birth rate is projected[12] to be lower than usual for the remainder of the decade.

4. Business investment will be weaker, and different

2020 has been a difficult year, but it’s also been the year we’ve learnt to do things differently.

We have learnt about on-line shopping, working from home, telehealth and on-line entertainment, and we will continue to make use of what we have learnt after the pandemic is over.

These changes could drive the next genuine wave of productivity growth.

Bricks-and-mortar retail, commercial office space, roads, bridges and railways are all investments that facilitate the meeting and movement of people.

With new technologies and a smaller population that is learning to keep things local, these old-world investments won’t be as generate the same returns as they once might have.

5. We’ll need to get more people into paid work

A year ago, 66% of Australia’s adult population was participating in the labour market, either by being employed or looking for work.

During the crisis the participation rate dipped below 63%. 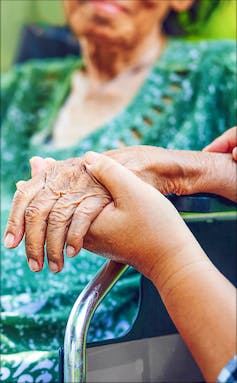 It has since returned to 65.8%, a touch above where the budget expects it will stay. Other countries including Canada, Britain, New Zealand and Germany[14] do better than us.

There’s room to get more unpaid carers (many of them women) into the paid workforce.

More than 900,000[15] people who perform significant unpaid caring work say they would like more paid employment.

In my work for the National Foundation for Australian Women, I found the net budgetary cost of increasing caring services was modest[16], mainly because it brought about a strong increase in the tax-paying workforce.

Taking a long view, this may be nothing more than a correction, but it is as big a fall in a single year as we experienced in the dog days[17] after the end of mining boom when the terms of trade declined for four consecutive years, and we experienced four years without real growth in income growth per capita.

Read more: An all-out trade war with China would cost Australia 6% of GDP[18]

Population, participation and productivity are the “three P’s” that drive economic growth in the long run, but in the short run a big decline in the terms of trade poses a real risk[19] to a household-led economic recovery.

Where to from here

In an effort to avoid more economic pain, the government has rightly abandoned fiscal restraint in the most recent budget.

Much of its recovery strategy (perhaps too much) is built around income tax cuts and investment incentives.

I see a need for a greater emphasis on temporary measures aimed at supporting household spending, given the role it will have to play in unwinding the recession.

In the longer term, there is a case for paring back some of the larger income tax cuts to expand child care, aged care and disability care; measures that would support low-paid workers, boost labour force participation, and improve the standard of living for many Australians.