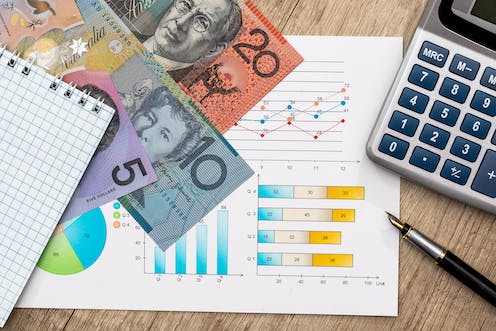 If you read these headlines you might think we finally have proof that cutting company taxes will boost employment and investment:

These stories are based on analysis of the 2015 company tax cut[1] by consultants AlphaBeta. But the study, as well as some of the media coverage of it, show a worrying misunderstanding of how company tax cuts work.

Simply comparing companies that receive a tax cut with those that don’t isn’t the right methodology to conclude that the 2015 tax cuts created more employment or higher wages.

Cutting taxes lets companies keep more of their profits[3], allowing them to invest[4] in new equipment and premises for example. The company then needs to hire more workers to work with these new assets. The newly created jobs require businesses to compete for workers and this increased demand pushes up wages across the entire economy.

Suppose a retail company gets a tax cut and opens a new store. It advertises for workers, many of whom are already employed by a rival store that didn’t get the tax cut. The first company will need to offer the workers higher wages to entice them away. The rival store will need to consider matching the wages in order to keep the workers.

In other words, even workers in companies that don’t receive the tax cut should see a wage rise.

Going through the AlphaBeta report

In 2015, the federal government cut the tax rate from 30% to 28.5% for businesses with less than A$2 million in revenue. Eligible businesses saved around A$2,940[5] on average because of the tax cut.

AlphaBeta used[6] transaction data from 70,000 businesses to compare businesses just below the A$2 million threshold to companies that were just above it.

The analysis looked at the differences between the two groups of firms in terms of whether they hired new workers, invested in their businesses, increased worker wages, or kept some of the cash as a reserve.

AlphaBeta chalked any differences between companies that received the tax cut and those that didn’t to the company tax cuts.

Read more: The full story on company tax cuts and your hip pocket[7]

This difference turned out to be “statistically significant[9]”, meaning it is very unlikely to be the result of random chance.

As the Sydney Morning Herald pointed out[10], AlphaBeta also concluded that 51% of the tax cut was kept as cash, 27% went towards new investment, but only 3% was paid to workers in higher wages.

In other words, wages increased by just A$1.44 per week[11]. This is not only a small amount, it was also found to be not statistically significant.

The main issue with this study’s methodology is actually noted by AlphaBeta in the report itself[12] (and echoed in the coverage by the ABC[13] and Sydney Morning Herald[14]).

The problem is that we cannot draw any conclusions about the effect of company tax cuts on jobs or wages by studying a bunch of firms that received them and another bunch that did not, even if the firms are only slightly different.

This is because, as noted above, the effect of company tax cuts on jobs and wages take place in the entire labour market. An increase in demand for labour flows through to all business, and therefore, so do higher wages.

So we should not expect to see wages rising only in those businesses that receive the tax cuts. The finding that an increase in wages is small and insignificant is exactly what we would expect to see from this study.

Another problem is that we do not know whether the characteristics of the companies in AlphaBeta’s sample. Were some industries with particularly pronounced employment or wage increases over represented in one group but not the other, for instance?

Studying the effect of company tax cuts on employment and wages also requires a longer time period - sometimes years[15] - and careful control of other factors affecting jobs and wages in some firms relative to others.

The analysis in this review is generally fair and reaches a sound conclusion regarding the AlphaBeta report. However, the logic behind company tax cut raising wages is somewhat simplified.

A cut in company tax lowers the costs of production and can flow to labour, capital (including equipment and buildings) and consumers. Economics tells us that who actually benefits from a tax cut depends on what is more responsive to the tax – labour, capital or output.

The lower production costs from a company tax cut can lead to greater output and lower prices as consumers buy more goods and services. This depends, of course, on how responsive consumers are to changes in price.

In the short-run labour is more mobile than capital, which is usually regarded as fixed. Therefore, in the short-run most of the benefit is borne by owners of capital (the companies) in the form of higher after-tax profits.

However, over the longer term, companies invest their after-tax profits in the business. So most of the benefit of the tax cut goes to workers though higher wages as the increased “capital stock” (such as equipment) makes labour more productive.

It follows that there is no reason to expect a significant increase in wages over a period of one or two years (as the AlphaBeta report covers). Indeed, such a result would be somewhat surprising. - Phil Lewis