Back in March, Joe Biden lamented[1] “the international system that the United States so carefully constructed is coming apart at the seams”.

“As president,” he declared, “I will take immediate steps to renew US democracy and alliances, protect the United States’ economic future, and once more have America lead the world.”

Among the closest allies of the US, none arguably has more at stake in Biden making good on his promises than Australia.

The international system Australia wants repaired is one defined by rules and consensus. As a middle-ranking power, it has long recognised its national interests are best protected by international agreements and the rule of law, rather than one in which might makes right.

Read more: Why the Australia-China relationship is unravelling faster than we could have imagined[2]

At the heart of Australia’s desired international trade system are multilateral trade deals, rather than bilateral deals which tend to favour the stronger nation, and a strong international authority – namely the World Trade Organisation – to negotiate rules and adjudicate disputes.

Donald Trump’s presidency undermined both. His “America First” polices were grounded in grievances about other nations playing the US for “suckers”. He obstructed the WTO, turned his back on multilateral deals and started trade wars.

A Biden presidency promises a return to multilateralism. But it remains to be seen how it approaches the WTO.

In his first week in office he withdrew the US from the Trans-Pacific Partnership[3], the multilateral trade deal intended to strengthen economic ties between Australia, Brunei, Canada, Chile, Japan, Malaysia, Mexico, New Zealand, Singapore, Peru, Vietnam and the US. (The agreement was modified and signed without the US as the Comprehensive and Progressive Agreement for Trans-Pacific Partnership[4].)

Trump’s trade war with China was also an exercise in power over principle. Both the escalating tariffs and the truce struck in January, known as the “Phase One Agreement[5]”, repudiated established free-trade principles. 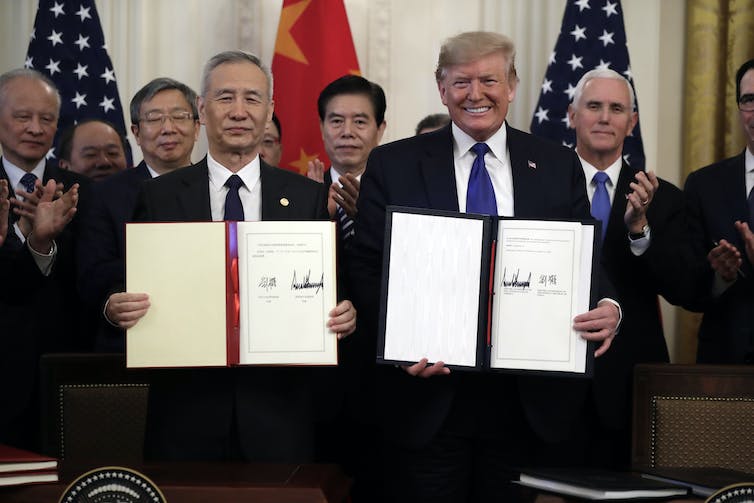 Along with commitments to reduce “structural barriers”, China is required to buy an extra US$200 billion in specified American goods and services over two years in return for the US cutting tariffs on $US110 billion in Chinese imports.

The US shopping list for China includes more American seafood, grain, wine, fruit, meat and energy – all markets in which Australia is a significant exporter to China. As former Australian prime minister Kevin Rudd asked at the time[6] the deal was signed:

How can the US pursue another $US32 billion of American beef, wheat, cotton and seafood – all listed in the agreement – without Australian exporters becoming collateral damage?

The deal, as the Minerals Council of Australia rightly noted, undermined “the principles of free trade which have underpinned Australia’s bipartisan approach to trade policy for many decades”.

Read more: Are Trump's tariffs legal under the WTO? It seems not, and they are overturning 70 years of global leadership[7]

The Trump administration has also continued the slow strangulation of the World Trade Organisation[8], on the grounds it doesn’t serve American interests.

The US has blocked every recent appointment and reappointment to the WTO’s Appellate Body, which hears appeals to WTO adjudications. Appointments require the agreement of all of the WTO’s 164 member nations, and the Appellate Body requires three judges to hear appeals. US obstruction reduced the number of judges to just one by December 2019[9], meaning it simply cannot function.

It’s important to note that US antagonism to the WTO predated Trump. The Obama administration also blocked appointments[10] it considered would not sufficiently represent US preferences. But the Trump administration certainly upped the obstructionism.

Indeed, just days before the 2020 election it blocked the appointment of former Nigerian finance minister Dr Ngozi Okonjo-Iweala to head the World Trade Organisation. A highly regarded development economist with a 25-year career at the World Bank, Okonjo-Iweala is widely considered to be an outstanding candidate to lead the WTO. The United States stood alone in objecting to her appointment. 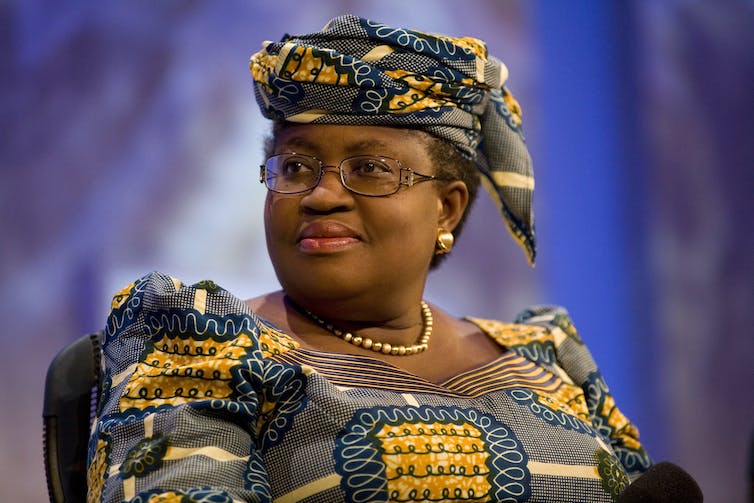 What will change under Biden?

Dropping opposition to Okonjo-Iweala and other appointments so the WTO’s processes can function would be an important symbolic and practical first step for Biden. It would reassure Australia and others that global rules still matter.

Read more: Arrogance destroyed the World Trade Organisation. What replaces it will be even worse[11]

How quickly, and on what terms, Biden returns the US to multilateralism remains to be seen.

He has acknowledged the importance of deals like the Trans-Pacific Partnership to ensure an increasingly powerful China “doesn’t write the rules of the road for the world[12]”. But he has also pledged to not enter any more international agreements “until we have made major investments in our workers and infrastructure”.

For Australia – and other US allies – it is important that the US return to the multilateral negotiating table sooner rather than later. For global stability, long-term interests need to override the temptation of short-term expediency.

For “America to lead again[13]” there’s a long and difficult diplomatic road ahead. The international trade system and the WTO are not perfect, but a world without rules would be far worse.