COVID has shown us what’s possible when it comes to alleviating poverty.

For six months JobSeeker payments were doubled[1] and then maintained at a level 50% above normal[2].

When the bonus finishes at year end it is likely to be permanently increased[3] for the first time in almost 30 years.

Commonwealth rent assistance could do with the same sort of attention.

Rent assistance is at present added on to other payments such as the pension and JobSeeker and is inadequate, with on our calculations one-third[4] of the people who get it remaining in housing stress even when assisted, while around 18% of the low-income private renters who need it were excluded because they don’t receive one of the government payments to which it is tied.

Productivity Commission calculations suggest the number of private renters in housing stress has doubled over the past two decades[5], largely because rent assistance has failed to increase in line with rents.

Rent assistance is much lower than it should be

The Australian Council of Social Service wants a 30%[6] in increase in the maximum rate of rental assistance. The Grattan Institute has called for a 40%[7] increase.

Even the Productivity Commission wants a 15%[8] increase to restore what’s been lost over the past decade.

As any renter knows only too well, these amounts represent only a fraction of the present cost of renting in most parts of Australia.

These calculations were made using the standard definition of housing stress for low income earners which is rent that exceeds 30% of gross income.

The third option – extending rent assistance to all low income private renters and limiting it only to those fitting the standard definition of low income housing stress – would cut the number of households able to claim to 477,000.

We could cut rental stress and save money

The first option would cost $1 billion per year, the second would save $938 million and the third would save $1.2 billion.

That’s right, the best option would save money and would most accurately target payments to need.

But there’s a problem. Australia’s Constitution appears not to empower the federal government to make stand-alone rent assistance payments, which is why Commonwealth rent assistance is always tied to another payment.

Read more: Australia's housing system needs a big shake-up: here's how we can crack this[12]

To pay it to a wider group of low-income households, the Commonwealth government would need to either get a new source of constitutional power or to get state governments to administer it for them (as they do with first home owner grants).

And there are other potential hurdles.

Rent assistance acts as a de facto subsidy[13] to community housing providers. Changes potentially affecting their tenants would need to be made carefully.

And there’s concern that increases in rent assistance will be captured by landlords in higher rents - much as appears to happen for first home owner grants[14].

Our research found that in most areas and under most conditions this “subsidy capture” or rent inflation effect won’t be statistically significant. 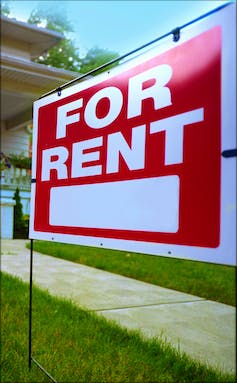 The exception is disadvantaged areas, where our modelling suggests that a significant proportion of increases in rent assistance payments do flow through into rents, almost 33 cents in each rent assistance dollar.

This is likely caused by relatively unresponsive housing supply in low-value parts of the market. However, even in these areas the “capture” effect is smaller than in similar studies overseas.

This is probably because in Australia rent assistance is paid to tenants, rather than directly to landlords.

Despite these challenges, there are clear benefits to pursuing reform of Commonwealth rent assistance.

Indeed, it ought to be possible to both lift more Australians out of housing stress and save money.

The money saved should be diverted to supporting a broader housing affordability agenda that includes increased investment in public and community housing and tenancy law reform that improves security and other conditions.

This is especially important in more disadvantaged locations where private rental providers are less responsive.