The conservative tax policies proposed by Labour[1] and National[2] ahead of next month’s election[3] are hard to distinguish in substance, with each party offering no more than a gesture towards income tax equity.

National’s surprise announcement[4] of temporary income tax cuts (based on moving income thresholds) does nothing to change that view. But it does at least distinguish the main opposition party from Labour in terms of philosophy and perception of human psychology.

Labour assumes the sentiment of social solidarity seen during the COVID-19 lockdown will persist. National is counting on voters opting for short-term self-interest.

Labour has attacked National’s proposals on the basis of numbers, notably a NZ$4 billion accounting error[5]. Despite the apparent error, though, National’s figures have been reviewed by a reputable economic consultancy, so they are not pie-in-the-sky promises.

In truth, neither Labour nor National know whose tax policies would be more economically effective. And, of course, we will only be able to judge the effectiveness of the policies of the party that forms the next government. 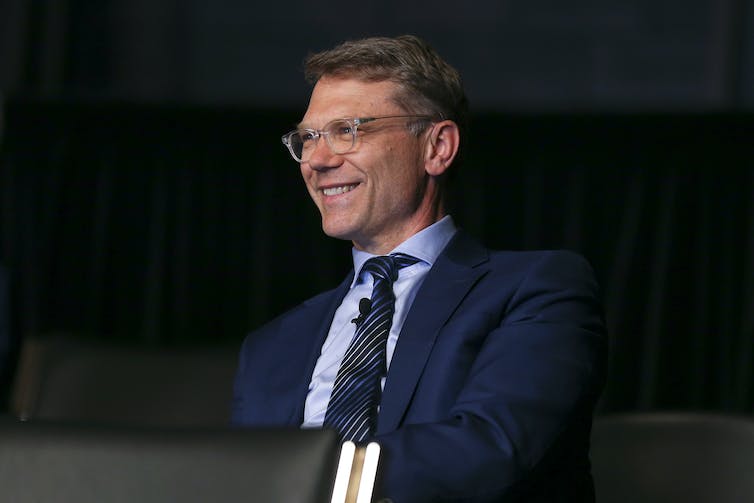 So, the real decision for voters now is philosophical and psychological.

Labour believes it can spend around $2 billion more effectively than individuals can if that money is in their hands. Conversely, while National has couched the tax cuts as a stimulus measure, finance spokesperson Paul Goldsmith made it clear a National-led government would have no interest in directing taxpayers[6] how to spend or save their extra disposable income.

There is, then, a philosophical element to the proposals. In Labour’s weak communitarian[8] view, the community comes before the individual. In National’s weak libertarian[9] view, that is reversed.

The stakes are not so high that a voter must choose between outright communitarianism and libertarianism. Rather, it is a question of degree.

Under Labour’s proposal, a person earning $180,000 a year will pay income tax at an average rate of 28%, leaving the overwhelming majority of their income to be used as they wish. National’s proposal would see such a person better off but not dramatically so.

Can tax make you feel good?

ACT’s David Seymour, a strong libertarian, has accused National of seeking to have its cake and eat it[10] by cutting taxes but promising not to reduce core services. ACT plausibly and candidly connects tax reduction with curbing the role of the state.

If we assume a simple trade off — tax for services — then voters should see it is possible that National’s $2 billion in tax cuts could lead to a roughly equivalent reduction in public services. If you are risk adverse, you should vote against tax cuts because they could affect you financially far more than the extra after-tax cash in your pocket.

In a national crisis, tax increases may promote a sense of solidarity and the need for strong government. For example, beyond their obvious contribution to government finance, tax surcharges imposed during war time[11] have psychological benefits for those who pay them. Once the surcharges are removed, taxpayers have the benefit of both more disposable income and the peace of mind that the crisis has passed.

National’s proposal appears to run counter to this. Despite the current health and economic crisis, it will lower taxes (benefiting the wealthiest most and the poorest least) but will reverse the cuts in 2022, presumably when the crisis is over. 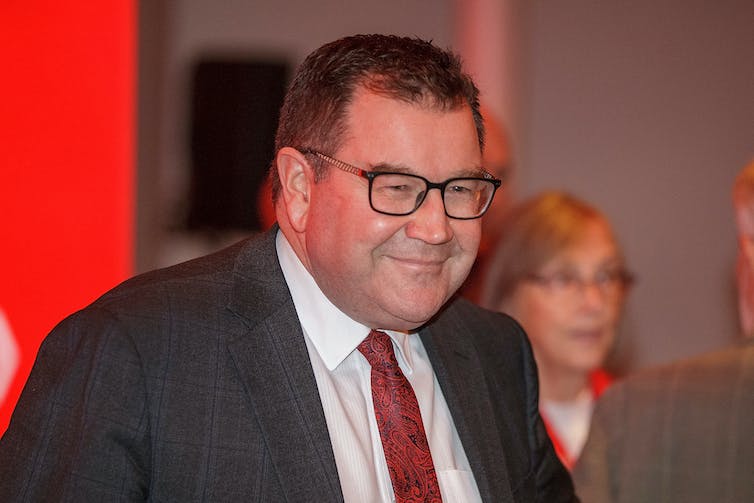 Labour Party finance spokesperson Grant Robertson: a tax increase for the highest earners, but how much difference does that really make? AAP

Unlike people paying tax surcharges in times of crisis, they will feel the psychological pain[13] of having something taken away without an obvious good cause.

The philosopher John Rawls proposed a “veil of ignorance[14]” when thinking about how benefits should be distributed in society. If people don’t know whether they will prosper or fail in life, he predicted, as a precaution they will favour a system of benefit distribution that looks after everyone, especially the worst off.

While Rawls was a liberal, his proposals promote social solidarity. He did not, however, pay much attention to different appetites for risk[15]: if one thinks one is likely to do well in life, one might prefer low or no provision of benefits, and therefore pay less tax.

Labour’s proposals are Rawlsian, whereas National appears to be banking on “hard-working[16]” middle-income earners having more of an appetite for risk. During a time of uncertainty and anxiety, of course, such a policy carries its own political risks.