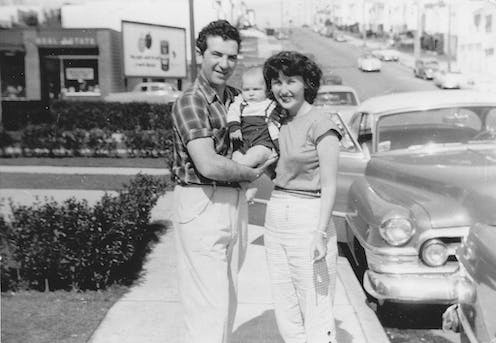 Life has changed significantly for young Australians over the last 40 years. Millennials now delay marriage[1] and childbirth[2], increase their years of study[3] and have much greater rates of part-time work[4].

As a result, millennials might be feeling a little hard done by, but Australians aged from 25 to 34 have actually enjoyed increases in their incomes compared to the population average. They have also done better than people the same age in other countries.

Read more: Politicians, stop pitching to the 'average' Australian; being middle class depends on where you live[5]

These are some of the findings of a report from the Committee for the Economic Development of Australia: How unequal? Insights on inequality[6]. It questions whether young people today are likely to do as well economically as previous generations.

Early millennials, born between 1981 and 1985, experienced household income growth 27% higher than the Australian average up to 2010, while households with a head aged 70 to 74 enjoyed growth only 2% higher than the national average.

Although incomes might be higher, the picture of household wealth is different. The wealth of older Australians has increased much more rapidly than that of younger generations, due to both increasing superannuation wealth and increasing property wealth.

Incomes are better for Gen Y in Australia

Read more: The inequality you can't change that lasts a lifetime[8]

Baby boomers born between 1961 and 1970 show substantially higher incomes than those born a decade earlier – more than 20% higher in real terms at the age of 45 to 54 years. Generation X born between 1971 and 1980 show large increases in real incomes – nearly 45% - across the last decade and are about 34% better off than the preceding cohort were at the same age.

What has happened to wealth

Households with people under 35 years of age were actually slightly worse off in wealth terms in 2015-16, than a decade earlier, with their net worth falling by around 8%, according to Australian Bureau of Statistics data[9]. But for those aged 65 and over, there were increases closer to 40% in real net worth.

Overall, all age groups saw real increases in the value of their total assets, including the youngest age group. This means that falls in wealth are due to an increase in their debts.

Younger households have seen both declining rates of home purchasing and higher overall indebtedness. Rental costs have also increased faster than the costs of home ownership, and this may have increased the barriers that younger generations face in establishing themselves in home ownership.

But when it comes to incomes, millennials in Australia have continued to progress.