The sexual harassment scandal enveloping AMP is another graceless turn in what looks like the death spiral of one of Australia’s oldest and formerly most trusted companies.

Joining a long line of executives to walk the plank at the venerable financial services giant, AMP chairman David Murray and board member John Fraser have quit[1] over the promotion of Boe Pahari (disciplined in 2018 for sexually harassing a female colleague) to head AMP’s capital business division.

Since the Australian Financial Review broke the story of the claims made against Pahari, sparking a revolt among AMP’s female employees[2], the board had been under increasing external pressure to admit and correct its mistake.

Now it has – half-heartedly.

The exit of Murray and Fraser (and Pahari’s demotion to his previous job level) was, AMP said in its statement to the Australian Stock Exchange[3], a response “to feedback expressed by some major shareholders”.

Murray’s own statement[4] was even less apologetic:

The board has made it clear that it has always treated the complaint against Mr Pahari seriously. My view remains that it was dealt with appropriately in 2017 and Mr Pahari was penalised accordingly.

However, it is clear to me that, although there is considerable support for our strategy, some shareholders did not consider Mr Pahari’s promotion to AMP Capital CEO to be appropriate.

In other words: what’s all the fuss about?

Murray’s failure to appreciate why he and the board made a mistake is, arguably, symptomatic of AMP’s management for at least two decades. Its focus on money over trust is central to the failures and scandals that have trashed its reputation and share price.

Founded in 1849 as the Australian Mutual and Provident Society, AMP was a not-for-profit life insurer for almost 150 years before it demutualised[5] in 1998. Since then it has pursued profits with gusto, if not prudence.

Part of the push to privatise was to have funds to expand, with “vertical integration” all the rage in the financial services sector.

Vertical integration involves a bank or other financial services company providing products all along the financial supply chain. Once a bank might have offered you just banking services, for example. Now it will provide contents and life insurance, financial and retirement planning, and ways to invest in the stock market.

“From the perspective of banks,” noted the 2019 final report[6] of the Hayne Royal Commission that uncovered systemic cheating of customers in the financial services industry, “vertical integration always promised the benefit of cross-selling opportunities.” But the internal efficiency of the “one-stop shop” did not necessarily produce efficiency for customers:

The ‘one stop shop’ model creates a bias towards promoting the owner’s products above others, even where they may not be ideal for the consumer.

Read more: Banking Royal Commission: the real problem is how we value executives and workers[7]

When what isn’t best for the customer becomes the business model, it’s a slippery slope to taking other liberties. AMP slipped to charging fees for no service and billing dead customers[8] for life insurance.

Following these and other revelations from the royal commission, AMP chair Catherine Brenner, chief executive Craig Meller[9] and most of the board resigned. But interim chief executive Mike Wilkins made it clear AMP remained “committed to a vertically integrated business model”.

That commitment was buttressed by the appointment of Murray, a long-term defender of vertical integration[10] in financial services, as AMP’s new chair in June 2018[11]. 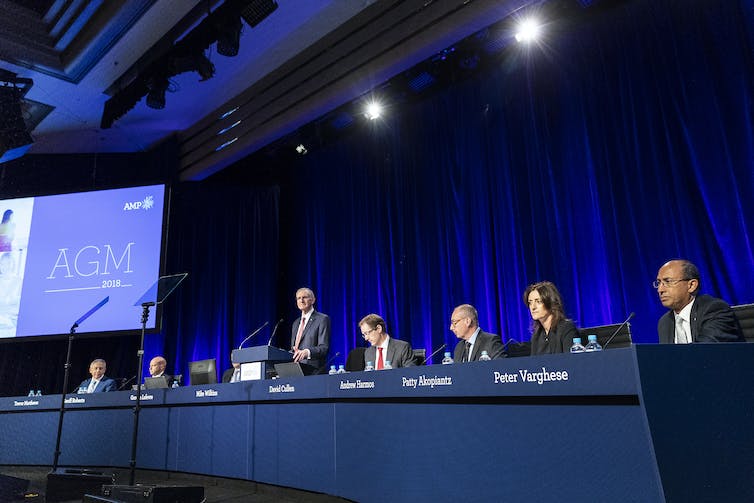 AMP’s interim executive chairman, Mike Wilkins, and the rest of the board face shareholders at AMP’s annual general meeting in Melbourne on May 10 2018. Daniel Pockett/AAP

It’s not only vertical integration, though, to which AMP’s management appears rusted on. Money (not trust) is still number one.

It is plain the board’s primary concern in keeping, then promoting, Pahari was that he “made a lot of money for the company[12]”.

In this case, despite Murray’s insistence that the board treated the complaint against Pahari seriously, the evidence suggests AMP downplayed Pahari’s behaviour as “low level” and “about comments made[13]”. The former executive who made the complaint, Julia Szlakowski, has detailed a much more substantial pattern of inappropriate behaviour.

To cap it all off, the company is reportedly seeking to track down employees who might have leaked information to the media. Chief executive Franco de Ferrari and other executives have warned about the consequences of leaking, including “possible termination”.

“I think this is a battle for the heart and soul of AMP, in my view,” the Australian Financial Review reported one employee saying[14]. “It’s moving from a culture of harassment to a culture of fear.”

On June 30, de Ferrari appeared before the House of Representatives economics committee. He enthused about the changes the company had made[15], declaring:

Virtually no aspect has been untouched, starting from the top, with complete board renewal and streamlining and strengthening of the management team.

Within days the appointment of Paharai had kicked of a staff revolt. By August 6[16], the chief executive of AMP’s Australia division, Alex Wade, was forced to resign after multiple women, reportedly emboldened by the response to Pahari’s promotion, complained about behaviour including allegedly sending explicit photos.

On August 13, de Ferrari declared[17] during a teleconference with journalists to discuss AMP’s first-half results:

We know we have more to do in improving diversity and inclusion. The transformation of culture is now my top priority.

Granted, AMP may well be “the most challenging corporate transformation in corporate Australia”, and he might have said “right from the beginning this does not happen overnight”.

But from someone two years into the job it was a startling remark.

Leaks, needless to say, should be the least of AMP’s concerns. It’s the lack of a moral compass that threatens to run this ship aground and ultimately break it up. 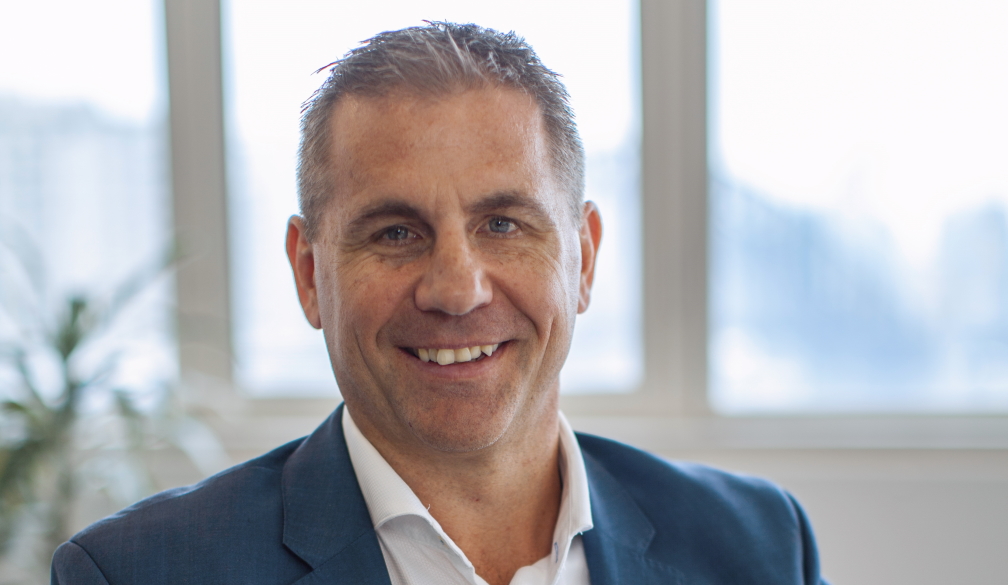